If you’re feeling blue about Fortnite’s Save the World mode getting put out to pasture, fear not: the Drake Hollow release date has been announced, and it’s not far off. The Molasses Flood’s colourful and imaginative village building game is set to launch October 1.

Drake Hollow plunks you down in a foggy world of tiny islands that’s beset by shadowy monsters called the Feral. Your job is to revive some cute little plant creatures called drakes, build them a home, and start assembling your forces to fight back. You’ll do that by scavenging materials and gear from the abandoned structures that dot the islands, using ski poles, tennis racquets, and various other household implements to defend yourself from the spooky beasts that are roaming the place.

It’s an atmospheric and surprisingly deep game, as we found earlier this year when we took the Drake Hollow beta out for a spin. As you head further and further away from your home base to explore the archipelago, you’ll need to keep an eye on things back home – a raid by enemy monsters could get underway at any time, so you’ll have to build pathways that can get you back to your village in a hurry. 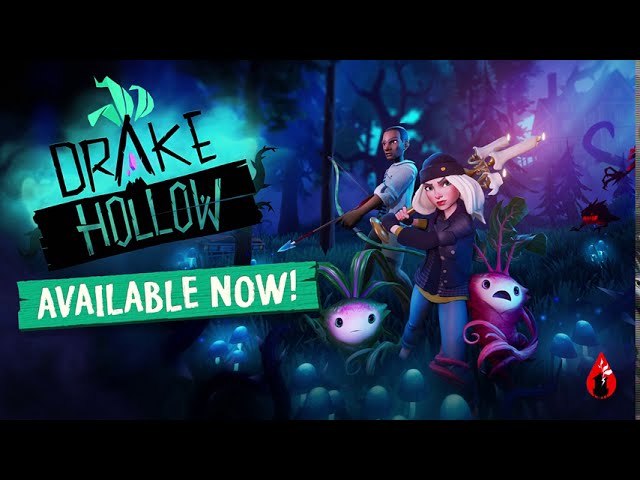 Drake Hollow has already proven to be a hit on Xbox One, and October 1 you’ll be able to purchase the survival game on either Steam or the Windows store. You can find out more at the official site. Now it’s just a matter of counting down the days until you can care for your own magical baby turnip.