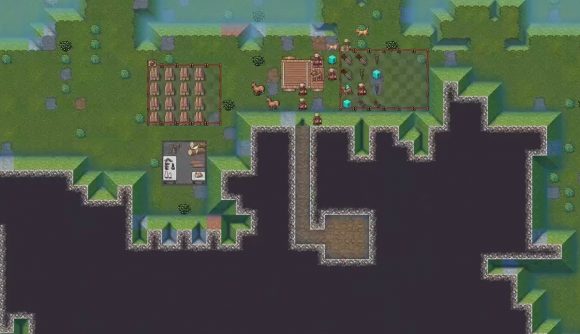 By Tarn Adams’ own admission, he and his brother Zach have been working on Dwarf Fortress for a long time – since 2006, in fact. The now-legendary colony management (and everything else) simulator is headed to Steam, and today we got a brand new peek at how it’s going to look with graphics rather than ASCII text.

The first real gameplay video of the officially graphical Dwarf Fortress was revealed during today’s Guerrilla Collective indie showcase, and shows off some real-time world generation; in-game art for water, dwarves, and trees; as well as some characteristically charming commentary from Tarn Adams.

Adams explains that one of the first challenges artists faced when adding graphics to Dwarf Fortress was the question of hillsides. In the original ASCII-based game, this was relatively simple: the game figures out whether or not a landscape tile is a hill, and if it is, it displays a triangle. Boom, done. But to create the look of the contiguous hillsides suggested in Dwarf Fortress, the game has to further figure out which way the hill slopes and whether it’s on a corner, and then pull the correct art to fit with the adjacent tiles.

Without further ado, here’s the video: 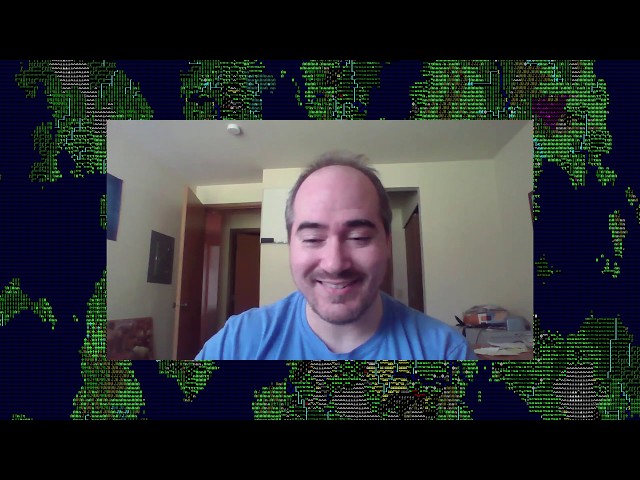 It looks like they’ve pulled it off: the formerly flat, black ASCII screens of the original Dwarf Fortress are replaced with grassy fields and hillsides, with lower levels slightly obscured by a gentle blue fog effect. Together it provides a nice sense of three-dimensionality, as Adams points out in the video.

There’s still work to do – there always is in Dwarf Fortress – and Adams says we’ll eventually see dwarfs’ sprites reflect their in-game descriptions, with various clothing and accessories shown on the characters. As we’ve learned already, art assets will also accurately depict Dwarf Fortress’ procedurally generated monsters, which come in a baffling number of varieties.

You can head to Steam to add Dwarf Fortress to your wishlist. You’ll just have to be patient about waiting for it to come out, though. When it does, you’ll also be able to find it on itch.io. Of course, you can always download Dwarf Fortress Classic from Bay 12 Games.