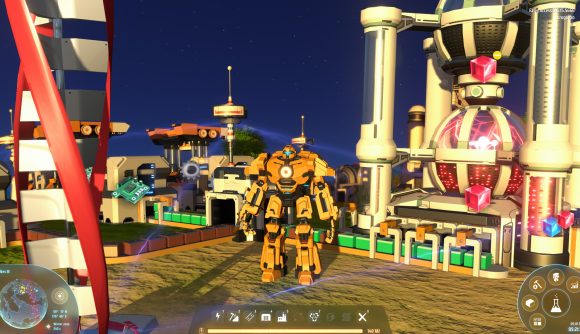 When we first noticed Dyson Sphere Program, it had just clocked 200,000 copies sold on Steam, capping off an impressive first week on sale in Early Access. Now the Factorio-style building game has topped 350,000 copies sold, and the developers have announced some new features on the way in the next two weeks.

In a message that accompanied a recent set of patch notes, Youthcat Studio says “our development team is busy installing new features and cleaning out the bugs discovered by our beloved players.” Many of the features players have requested since the Early Access launch are already on the Dyson Sphere Program roadmap, the studio says, and players can expect a couple of those to show up prior to the beginning of the Lunar New Year.

By February 11, Youthcat says, three new features will be added to Dyson Sphere program. The first is a ‘quick-upgrade’ system for structures, which will allow you to place more advanced buildings on top of outdated versions, without having to tear down the original structures.

Another much-requested feature players will see in the coming weeks is the option to rebind keys – so if it bothers you that the default inventory key is ‘F,’ you can change that out and keep the F key reserved for paying respects.

Finally, Youthcat says it will be implementing a “basic management framework” for logistics systems. The studio is a bit vague on the particulars of this, but apparently we’ll be able to see things like the furthest transportation distance possible and required quantities. That’s something that’s going to see continued development over the course of Early Access, and the studio says the version that will show up this month is going to be fairly rudimentary.

If you’d like some help getting started, check out our Dyson Sphere Program beginner’s guide, which will take you through some of the game’s basic functions and set you on the course for stellar megastructure engineering as painlessly as possible.