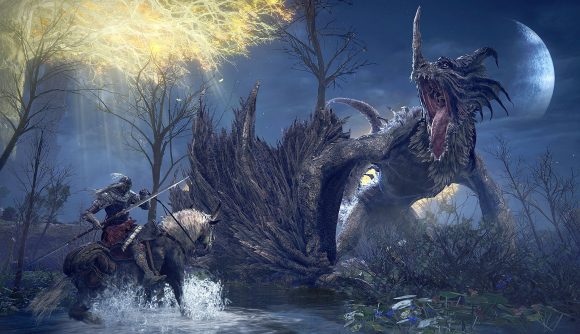 The Elden Ring release date is tantalisingly close. With FromSoftware’s highly anticipated new RPG due to drop soon, it’s time to start thinking about when exactly you’ll be able to get stuck in, and how you can best prepare. The good news is the studio has now unveiled the Elden Ring release times across different timezones and platforms, which we’ll discuss further into the post.

First, though, you’ll want to get Elden Ring downloaded ahead of the unlock time. The Elden Ring pre-load time has come and gone, thankfully, so you can now install the new PC game so it’ll be ready to play straight from launch. It’s also worth bearing in mind that there’s a patch to download, too. Update 1.02 focuses on balance adjustments and various quality-of-life improvements. You can read the full patch notes at this link.

If you’re still deciding if you want to buy it, you might want to check out our Elden Ring review. Jordan gave it a perfect score, calling it “a supercut of FromSoft’s very best work, transported to a totally new space”. Elaborating further, he says that “Elden Ring is not only a masterpiece by its developer’s lofty standards, but in packing so much density into the Lands Between, it lights the path ahead for open-world games in general.” If you’re curious what other critics thought, you can find our Elden Ring review roundup at the link.

The Elden Ring release time is 3pm PT / 6pm ET / 11pm GMT on February 24 for PC players, which translates to 12am CET / 8am JST / 10am AEDT / 12pm NZDT on February 25 if you’re based further east. If you’re going to be playing on console, you’ll have to wait a little longer to dive in, as release times are generally later, though by how much can vary depending on the timezone.

Here’s a handy infographic showing the global Elden Ring release times if you prefer to get your nuggets of info that way: 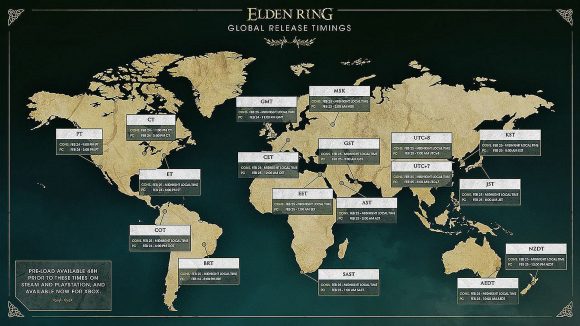 For more upcoming PC games on the horizon, you know where to click.