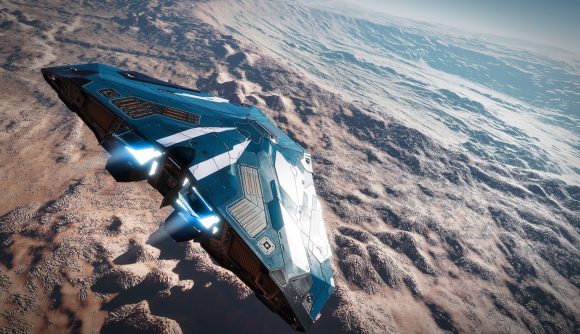 Elite Dangerous: Odyssey’s launch has been a bit of a rough ride. Frontier CEO David Braben has even gone so far as to take personal responsibility for the buggy state Odyssey arrived in, pledging to get issues fixed as quickly as possible. It seems he’s as good as his word, as Frontier has released a significant update today that addresses an extensive list of bugs in the space game’s new expansion.

The patch touches just about everything in the game, from audio mixing issues and lighting effects to UI and character animations. Odyssey has only been out for a week, and it seems Frontier has been hard at work in that time – perhaps implementing fixes that have been in the pipeline since before launch.

Frontier says it’s aware the patch, large and far-reaching as it is, doesn’t address all of the complaints players have had about Odyssey. “We would like to reassure you that we are aware of other concerns raised from our community, which aren’t addressed in today’s update,” the studio says. “We continue to investigate your concerns around performance, UI, and Odyssey’s planetary tech and will share information with you as soon as we have it.”

To help isolate issues, Update 1 includes new telemetry – essentially, this means there’s new ways for the developers to look at exactly where a player was in the game, and what was going on, when they encountered a problem. This will “allow us to better understand the performance issues experienced by players, which in turn will help us form our ongoing roadmap,” Frontier says.

You can download Update 1 on Steam now, it weighs in at about 5.2GB. The full patch notes are available on the Frontier Forums.