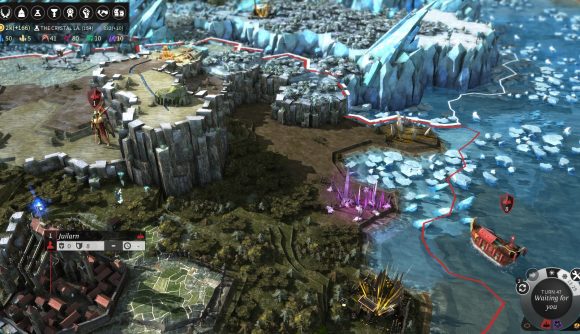 Three days may not amount to much in the face of infinity, but it’s enough time to give it a taste, at least. Amplitude Studios has launched definitive edition bundles of its excellent 4X games Endless Legend and Endless Space 2, and to celebrate, all the Endless games are free to play for the weekend.

Now until January 25, you can play fantasy themed Endless Legend, the spacefaring Endless Space 2, and the roguelike space-fantasy Dungeon of the Endless for free on Steam. They’re all games that are worth checking out on their own, and they all slot into Amplitude’s ‘Endless’ universe, a persistent world that the studio says is big enough to contain an “infinite number of stories.”

The free weekend marks the launch of the two ‘Definitive Edition’ bundles, which both contain the base games plus all the DLC packs released to date, as well as a newly announced DLC pack each. For Endless Space 2, that’s Dark Matter, which includes a series of 12 quests that have you investigating the events that led up to the fall of the Endless. For Endless Legend, the upcoming DLC is Monstrous Tales, and it includes 20 new stories and quests, all involving monsters of one kind or another.

If you decide you like any of Endless games during the free weekend, it’s a great time to buy, because they’re all 75% off.

January 22, you can expect a livestream with new details on Amplitude’s upcoming Civilization-style 4X, Humankind. We’ll be eager to see what’s new, since the Humankind release date is coming up in April.