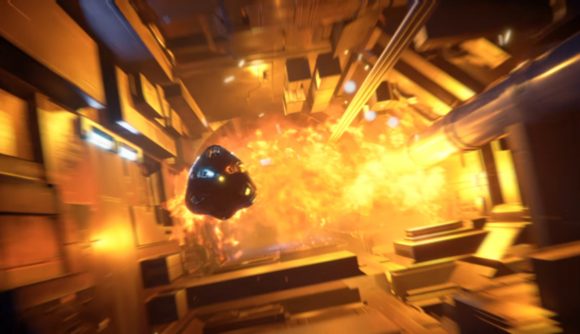 Eve Online is one of the longest-running MMORPGs out there, and that’s despite a reputation for being a game of ‘spreadsheets in space.’ Developer CCP Games has laboured for years to smooth out its notoriously steep learning curve, and a revamped new player experience, which rolled out just before its arrival on the Epic Games Store in September, might be just the thing to keep players around long enough to get hooked.

When you create a new character – or capsuleer – in Eve Online, you have the option to complete the tutorial, which now includes a much more dramatic narrative sequence that helps set up the universe of New Eden and introduces elements of Eve’s daunting UI piece by piece.

“One of the key principles we had was ‘never overwhelm,'” Tryggvi Hjaltason, a senior strategist at CCP, tells us. “We were trying to figure out what’s the main reason players turn from our game early. And the number one reason by far – it’s like 68% or something – is that they’re overwhelmed.”

The new tutorial, internally known as the AIR NPE at CCP, introduces a new NPC faction called Association for Interdisciplinary Research, which owns the cloning facility you find yourself awakened in during the opening moments of the game.

“You’re on this rail toward your first ship when the station is attacked,” Hjaltason says. “So the mystery begins, the adventure begins, and you’re thrown into space in the aftershocks of that attack, and you’re just trying to piece together what happened.” 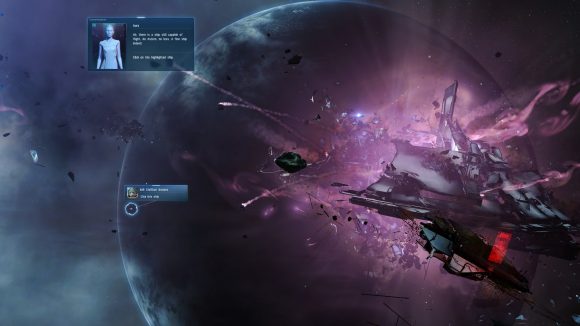 Your companion AI, Aura, guides you through the fundamentals of moving the camera, orienting your pod, and finding a ship, and with each step, a new UI panel is introduced. You’ll rendezvous with some AIR reinforcements called in to rescue survivors, but soon you’ll be helping the fleet fend off follow-up attacks by the mysterious faction responsible for the destruction of the cloning facility.

“I know I’m biased in this, but I believe that scene, and the next scene in particular, are some of the most beautiful scenes we’ve ever made in Eve,” says Hjaltason, who worked on the team that built the new introductory sequence. “We pulled out all the stops, doing something where the players would be awed with not only the story and the flow of it, but also the surroundings. Judging by the feedback we’ve gotten so far, I think we’ve been rather successful – and it’s been extremely fun to watch that feedback.”

The new tutorial soon wraps you back into Eve Online’s existing onboarding process, which directs you toward several career agents who dispense quests that introduce various career fields available in the massive space game. But you also get an introduction to the new skill plan system, which helps players navigate Eve’s dense forest of ability unlocks. 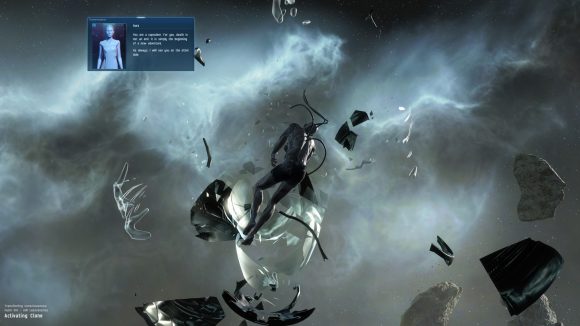 This isn’t the first time Eve’s tutorial has gotten a major revamp, but Hjaltason says it’s been the one that’s received the best reception during his tenure at the studio – and its rollout was the smoothest he’s seen as well.

“There were no burning wildfires,” he tells us. “We’ve never had that before – which I think is a feedback in and of itself. But I think the quality overall was higher than we’ve had before, because we had a bigger, stronger team on it than we’ve ever had before.”

Hjaltason explained that the goal for the new player experience is to keep players interested – with impressive visuals, an engaging story, and interesting things to do – long enough that they have time to soak in the larger world of Eve Online. The longer they stick around, the reasoning goes, the more they’ll be exposed to the long term hooks that keep people playing for years, like player-run factions and the years-long wars they wage on each other.

“We’re hard at work on the next installation in this, where we’re going to continue this adventure into the game,” Hjaltson says. “I mean, the goal here is to get players to love Eve from the first minute, without being overwhelmed. And slowly, through the story, to get familiar and get confidence to start reaching further out into the rest of the game, connecting with players and all that deep good stuff we know that the veterans have figured out. We want to build a stronger bridge for the average player to also get there faster and more efficiently.”