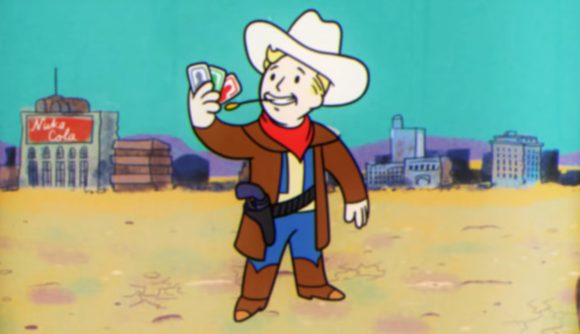 Bethesda is about to start testing a new system in Fallout 76 that will allow players to respec their characters at will. Among the changes coming to the Fallout 76 Public Test Server in the next update is a SPECIAL Loadout system that “reboots” all your characters’ SPECIAL points while you’re at your CAMP.

Bethesda says players have been requesting a way to respec their Fallout 76 characters’ SPECIAL points for a while now, and this new system is meant to make it “quicker and easier to overhaul your build,” the company says in the MMO game’s latest ‘Inside the Vault’ post. You’ll be able to swap SPECIAL loadouts and perk cards by visiting the Punch Card Machine at your CAMP or at various train stations around Appalachia. This new feature will become available at Level 25, and Bethesda says you’ll initially have access to two SPECIAL loadout slots per character. However, Bethesda says this number may increase in the future, potentially as a purchase option at the Atomic Shop.

The next PTS update, which may be out as early as February 5, will also add new CAMP slots that allow you to build multiple CAMPs that each has “its own location, build budget, custom name, and even a unique map icon.” Bethesda says you can only have one CAMP active at a time, but you can switch between them by using the CAMP Builds widget or the map.

The PTS update also includes a big expansion to Daily Ops (including a new game mode called Decryption), new batch crafting sliders for workbenches that allow you to make a lot of something at once, and improvements to melee attacks that should make them “feel a little more fluid and hit more reliably.”

Bethesda rounds out the post by reminding players that it’s running Fallout 76’s first-ever Scrip Surplus weekend January 28 – February 1. During the event, you see double the normal amount of legendary scrip from legendary exchange machines every day, making this a perfect time to do some early spring cleaning.