As promised earlier this year, the Brotherhood of Steel is making its debut in Fallout 76 in the multiplayer game‘s next free update, dubbed Steel Dawn. Bethesda has announced that the Steel Dawn release date is set for December 1.

According to Bethesda’s announcement, Steel Dawn is “the first chapter” in a questline centred on the Brotherhood of Steel, a faction that has been a Fallout series mainstay since the very beginning. The update will bring with it new locations to explore as well as new NPCs to talk with and more building options in C.A.M.P. shelters. Naturally, you’ll also find new weapons and armour to earn, too.

Some of that new gear, of course, will be tied to the new Season that will launch shortly after the Steel Dawn update. That begins December 15, and includes “many additional improvements to the game” and the usual S.C.O.R.E. board seasonal progression tracker. The system was added back in Update 20, and like other battle pass systems, it includes 100 ranks to unlock, either by spending Atoms or gaining experience. 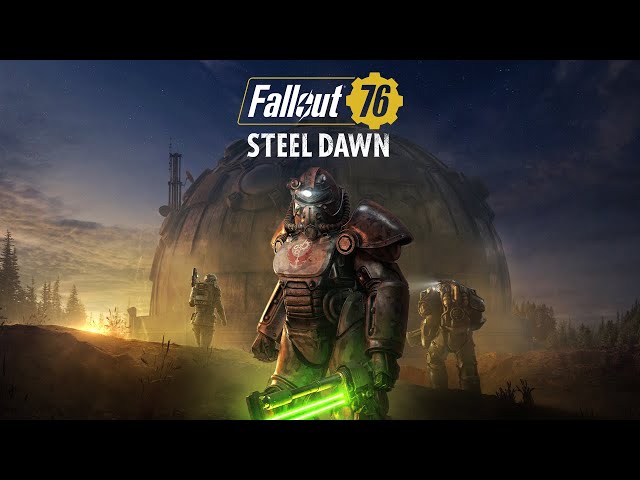 As long-time Fallout players know, the Brotherhood of Steel is an organisation dedicated to preserving pre-war technology, and keeping it in what they consider to be appropriate hands. They tend to take a somewhat overbearing approach to this mission, which inevitably leads to conflict with… just about everyone else in the Fallout universe.

However, it’s hard to deny that they’ve got some pretty cool kit, and Steel Dawn seems poised to introduce a lot of fancy Brotherhood tech to Appalachia. You’ll also be searching for proprietary mining corporation tech hidden in some of the new areas the update is introducing.

Check out our guides for Fallout 76 leveling and Fallout 76 perk cards if you need to get your character up to speed for the Brotherhood’s arrival at the beginning of December.