Dani is a guerrilla. Or at least, that’s what they’re told throughout Far Cry 6. Despite a story that’s all about revolutionaries, an abundance of DIY superweapons, and a lush new tropical setting, this is still Far Cry as you’ve been playing it for nearly ten years now. That formula still makes a fun game, but after another 20-plus hours fending off animal attacks, liberating outposts, and making friends with the local oddballs, there’s more than a hint of irony that you’re meant to be carrying out a ‘revolution’ on the island of Yara.

Following in the footsteps of Assassin’s Creed Odyssey – albeit a few years behind the curve – Ubisoft infuses its FPS series with light RPG mechanics, namely an obsession with collecting and crafting gear. Rather than leveling up and unlocking new skills, Dani’s abilities are defined by the guns and gear they equip. Initially, this feels a little limiting. Why can’t I have all the different stealth takedowns and resistances to all of the damage types? But after a while you’ll start to complete sets and settle on a build that suits the way you prefer to play, and as you get more comfortable you’ll spot new ways to enhance Dani’s arsenal so that you excel in your chosen field.

You might find that a set of armour that buffs your fire resistance feels too situational for most battles, but if you equip petrol bombs, a flamethrower, and a supremo (an improvised weapon that acts as a de facto ultimate ability) that sets the area around you on fire, you’ll find that you’re practically unstoppable. The obvious trade-off is that playing as a hulking, Mad Max-looking rebel with a flame-belching backpack isn’t great for keeping a low profile. I’ve loved mixing and matching gear sets to incorporate whatever new boots or gloves I discover. Swapping a pair of trainers that quickens my crouched movement speed into my road warrior get-up means I now take a tiny bit of damage from fire, but in exchange I get to zip around bushes at what feels like a sprinter’s pace, brutally slaying soldiers without being spotted.

By forcing you to carefully consider your loadout, Far Cry 6 lets you really lean into your preferred style of play. I forgot about entire skill trees in Far Cry 5, but in Yara I’m constantly reassessing skills and buffs I want to use between battles. Not every piece of gear you pick up will make it into your setup – some pieces, like a pair of jeans that reduces the amount of damage taken shark bites, seem downright useless – but it all gets you thinking about your build. 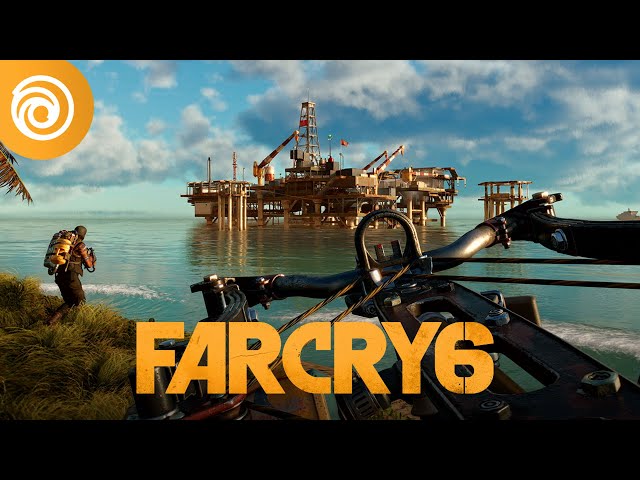 Weapons have all seen a bit of a rework, with heaps of modifications including ammo types, optics, suppressors, perks, laser sights. Customisation has been in the series since Far Cry 5, but there are many more options here. That’s especially true of perk slots, which let you add minor buffs like extra damage to enemies below you, faster reloads, and the chance to heal yourself with each kill. This works well for the most part, providing a satisfying reward for dutifully scavenging crafting materials and letting you hone your favourite guns so they play to the strengths of your build.

Rather than unlocking new skills, Dani's abilities are defined by the guns and gear they equip

What doesn’t work are the new ammo types. Far Cry 6 – which you can buy here – has multiple enemy archetypes, each of which uses a specific type of ammo and is vulnerable to a specific type of ammo. So to give yourself the best chance in combat, you need to scout an enemy stronghold, see which cocktail of goons is on the menu, and concoct an arsenal to counter it. That means picking a variety of ammo types across your four weapon slots, as well as armour with relevant resistances. That process is, to be frank, exhausting, and if you don’t adhere to it then you’ll find that some enemies are able to tank entire magazines before going down. Armour-piercing rounds seem to be the only ammo type that will reliably get you through a fight without having to constantly swap weapons, but they do such a good job of chewing through enemies that they render other options redundant.

Similarly, having armour bonuses for different types of incoming projectile feels pointless. You can’t always determine which enemy types you’ll face, so you can’t always predict which damage types you need to fortify against – there’s no strategy to it, so when you do occasionally die to an enemy using explosives or poison, you feel unfairly punished. It’s just as well that Far Cry 6 is hardly a demanding FPS, so these added considerations only dilute combat with needless inconsistencies rather than anything more obstructive. 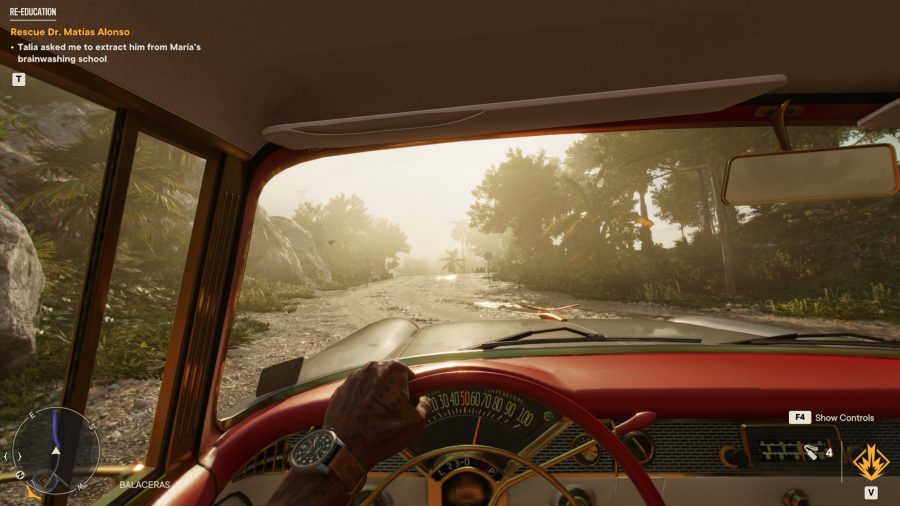 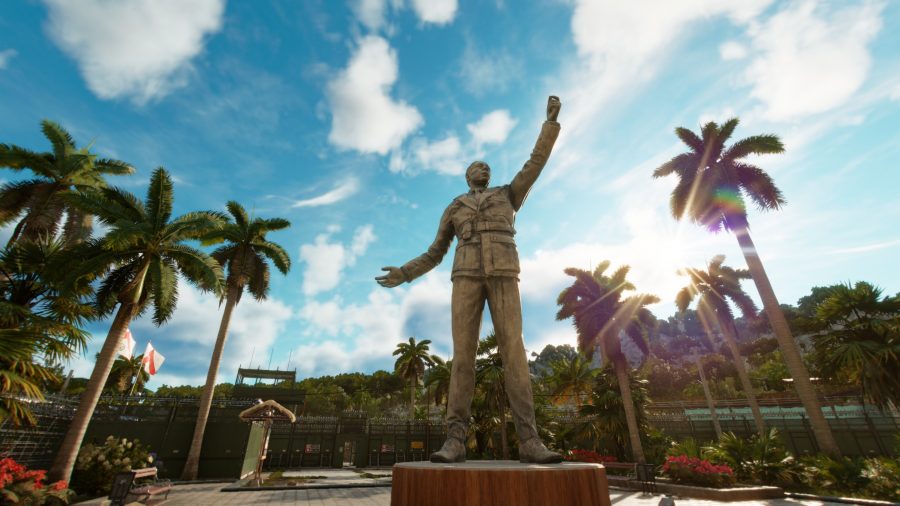 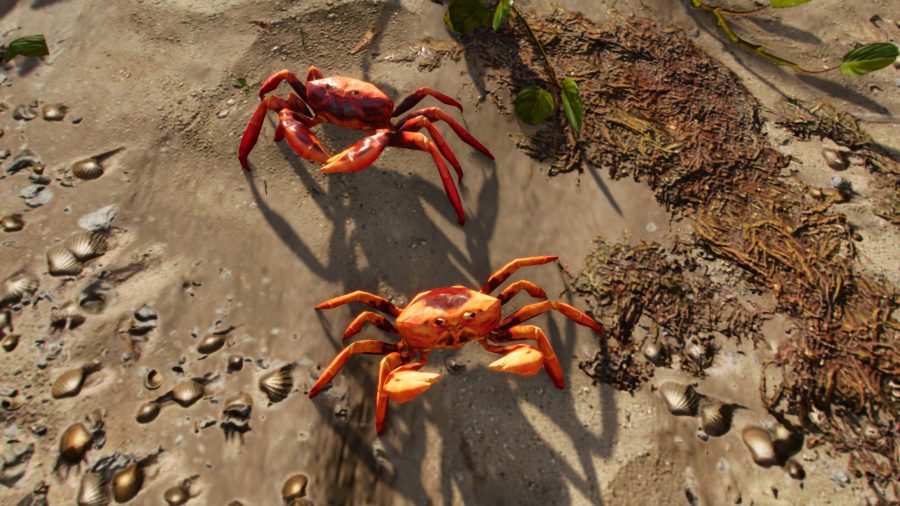 These strong-against, weak-against traits are particularly frustrating when it comes to using resolver weapons, which make up the more exuberant side of Far Cry 6’s arsenal. There are cannons that shoot fireworks, crossbows that fling vinyl records, harpoon launchers that can skewer enemies, and EMP rifles capable of taking helicopters out of the sky. The harpoon launcher is my favourite: an enormous, inefficient weapon that rewards the risk of using it by pinning enemies against walls. However, despite its ungainly size and lengthy reload animation, the harpoon launcher can’t one-shot most enemies beyond Far Cry 6’s first couple of regions. Harpoons aren’t armour-piercing, so any grunt with a helmet and some shoulder pads can shrug off the first shot and kill you while you’re loading the second.

As fun as these resolver weapons can be, they also elicit an eye-roll when you’re told they’re ‘guerrilla’ weapons. I can grant all the dramatic licence and ‘rule of cool’ indulgences that are reasonable, but firing a salvo of colourful fireworks at a tank simply isn’t how guerrilla wars are fought, and you don’t have to be an expert in such things to know it. So while they make for more interesting options than rocket launchers, they do nothing but undermine the experience Ubisoft is supposedly trying to deliver. They do not make me feel like a guerrilla soldier.

Fortunately, the massive open world of Yara does a superb job of fulfilling this part of the fantasy. While there are countless outposts, anti-aircraft arrays, and roadblocks dotted around the main roads of the island, the vast majority of the country is wild, and whenever you draw too much attention you can easily escape to the jungles and hills for some respite. Narrow trails cut through the dense jungle and wind around the mountains, and most of the time it’s faster to get around on horseback, making use of these meandering tracks, than it is to speed around Yara in a sports car. Cleverly, any time you spend away from the main roads will chip away at your heat level, which is Far Cry 6’s version of GTA’s wanted level, encouraging you to spend as much time in shadows as possible. 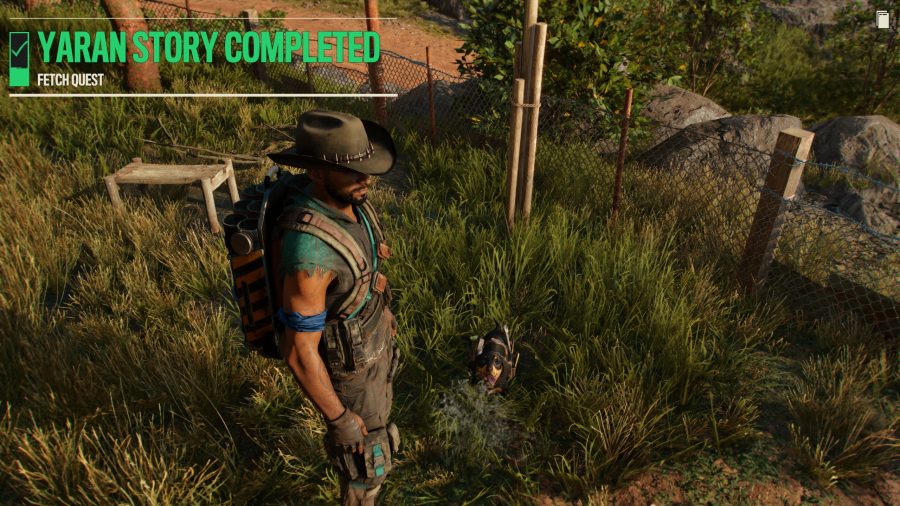 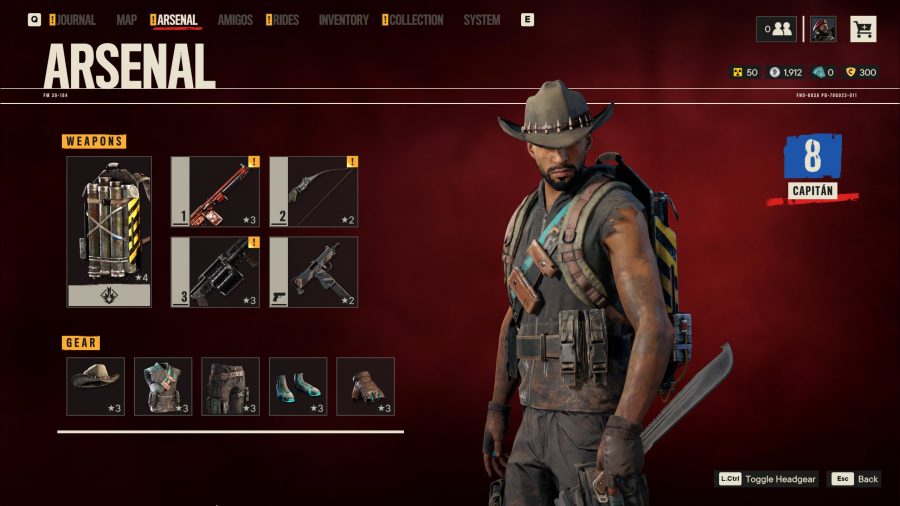 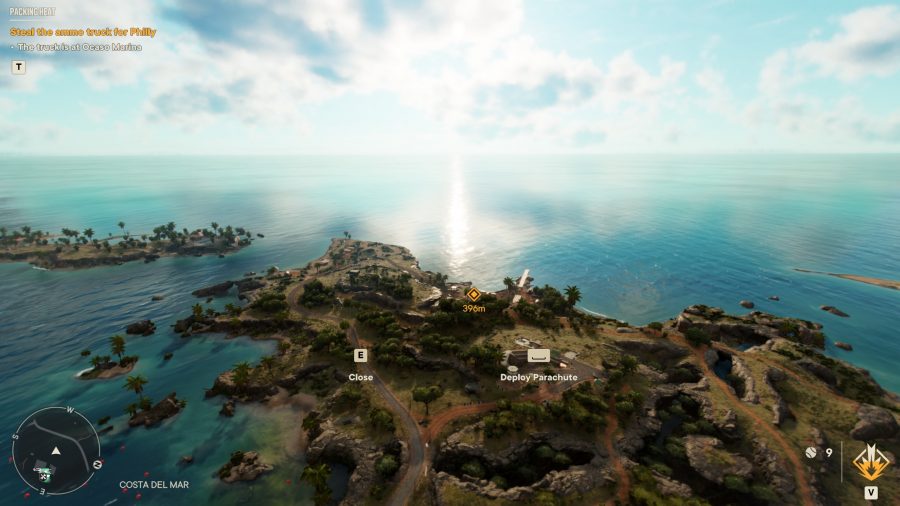 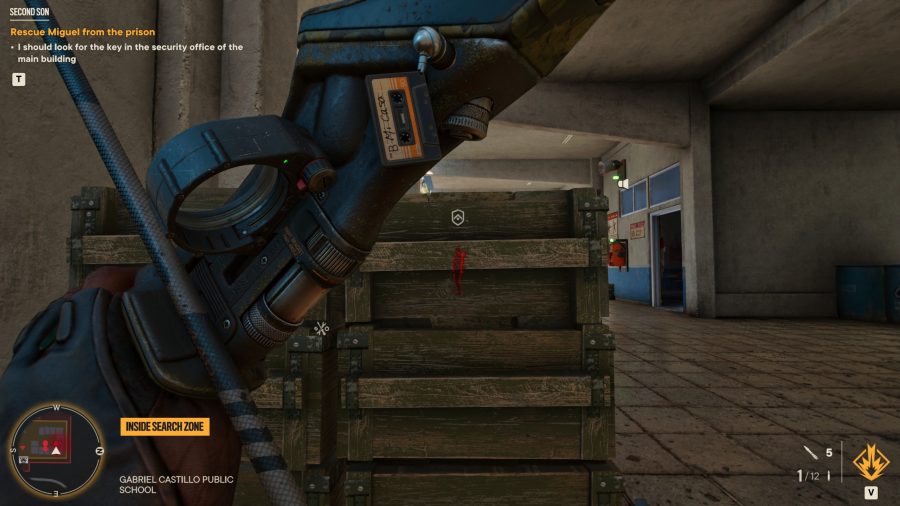 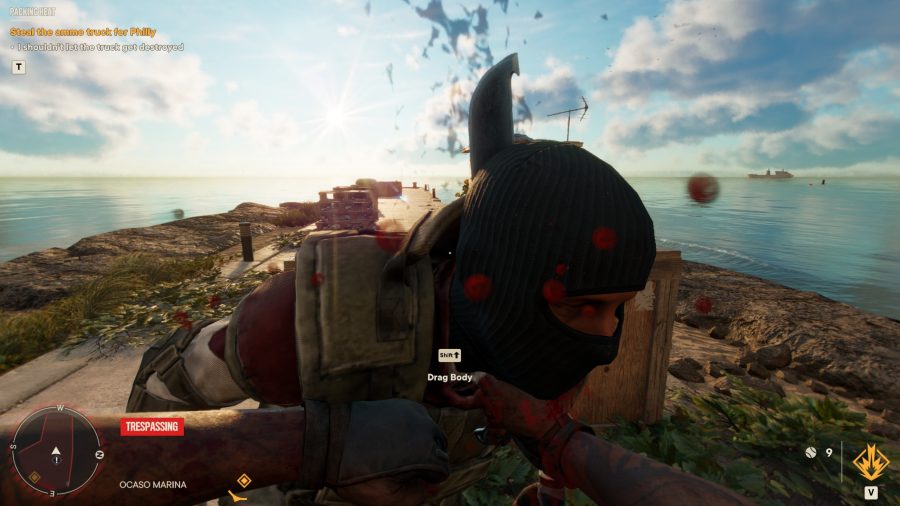 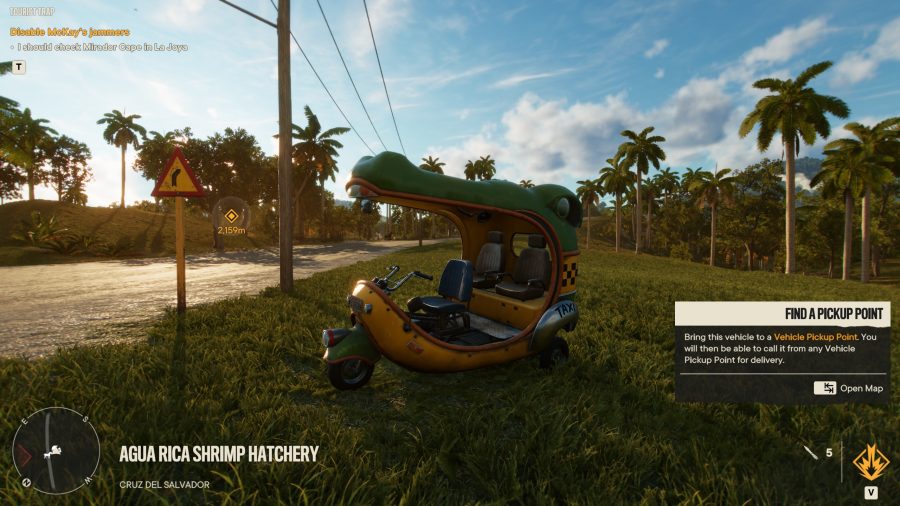 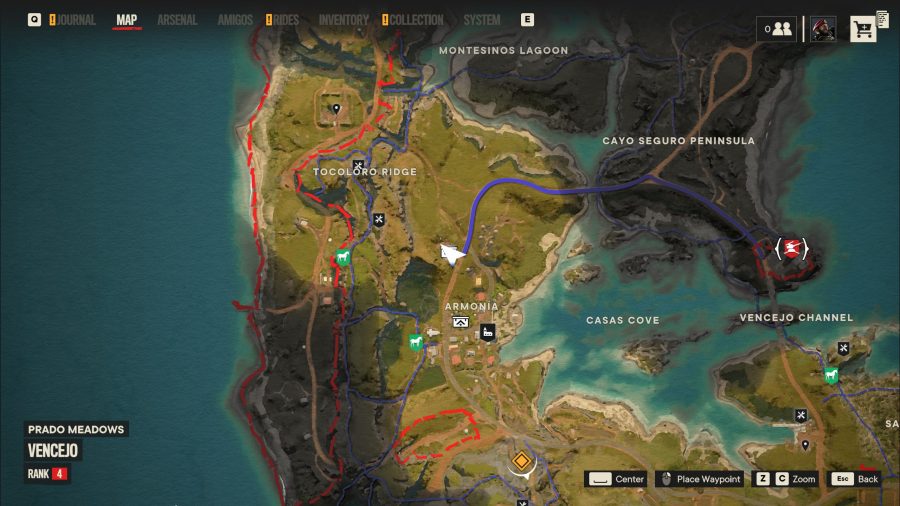 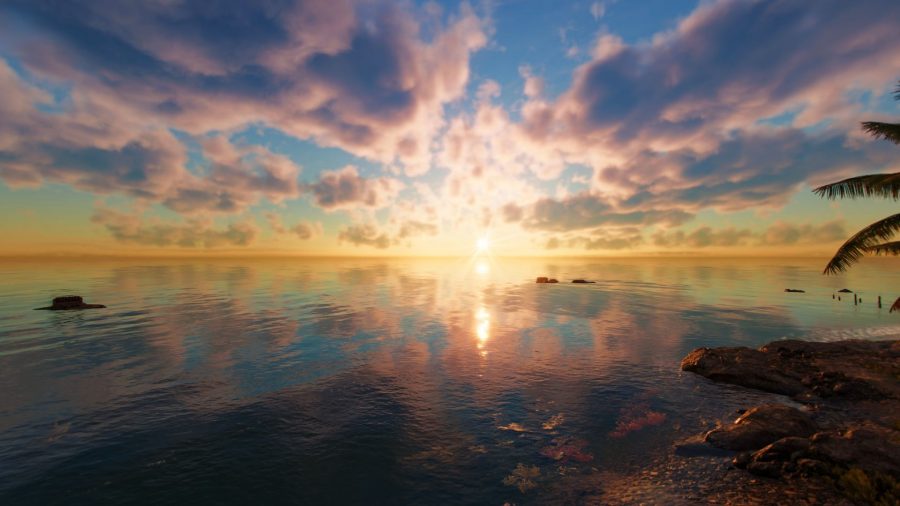 To complement this renewed focus on the wilder side of Far Cry, Ubisoft has clearly gone to great lengths ensuring that Yara’s mountains, caves, jungles, and swamps are engaging to traverse. Far Cry 5’s depiction of Montana, while realistic, was painfully dull to explore on foot, with miles upon miles of fir tree-covered hillsides dominating most of Hope County. Yara’s varied biomes pose a real challenge for Dani, but there are usually a few routes available to you that don’t involve driving, whether that’s using your grappling hook to scale a mountain, taking the long way around on horseback, or diving into a nearby river. Terrain is used cleverly around outposts, too, and I can’t recall approaching a single military base without first navigating my way up to a natural vantage point and doing some reconnaissance. Not because I had to, but because it felt like an organic part of the process.

And yes, as if it even needs to be said about Ubisoft’s open-world games at this point, Yara is a stupendously beautiful virtual world to look at and wander through. But it’s hard to shake the sense that there’s no substance to the setting. Yara, its fascist regime, and its revolutionary factions are a hodgepodge of cultural stereotypes and tropes that feel more like set dressing than an authentic world or a believable tyrannical government. Much of this is banal and relatively innocuous, but there are more serious cases of misrepresentation, such as the notion of ‘natural-born’ guerrillas and the constant interchanging of English and Spanish dialogue.

As for the main story, I’m afraid this isn’t the Far Cry game to finally offer some meaningful criticisms to back up its titillating marketing. There are some potent lines of dialogue throughout, small nods to uncomfortable truths that manage to cut through the silliness and make you pause for a moment, but for the most part Far Cry 6 is content to merely name-drop topics like racism, American imperialism, and fascism in a way that’s ultimately free of substance. 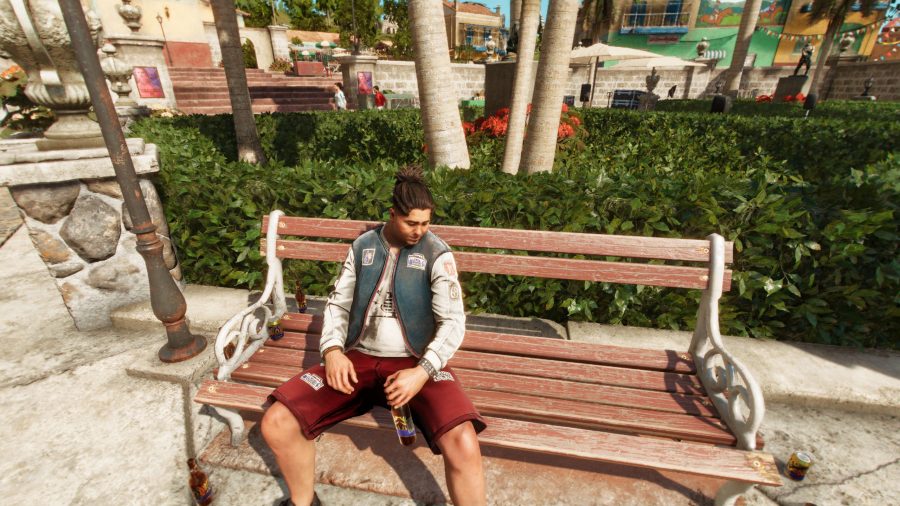 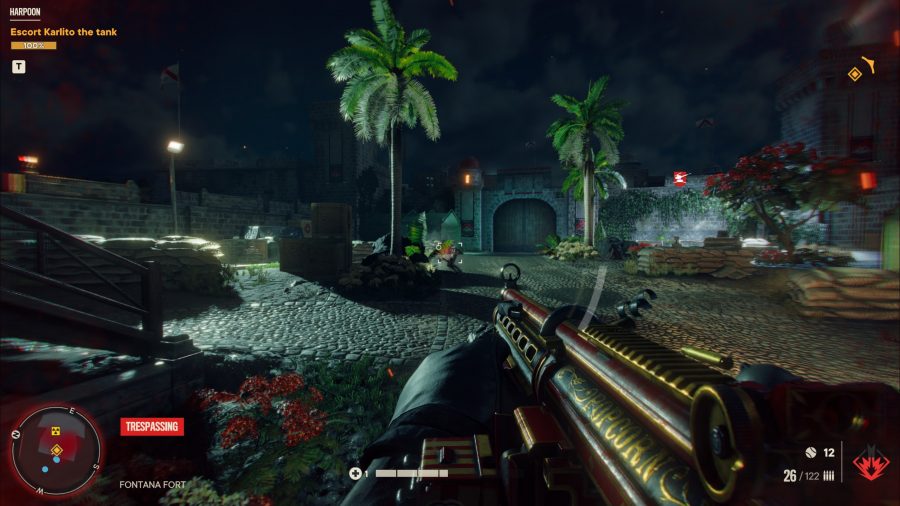 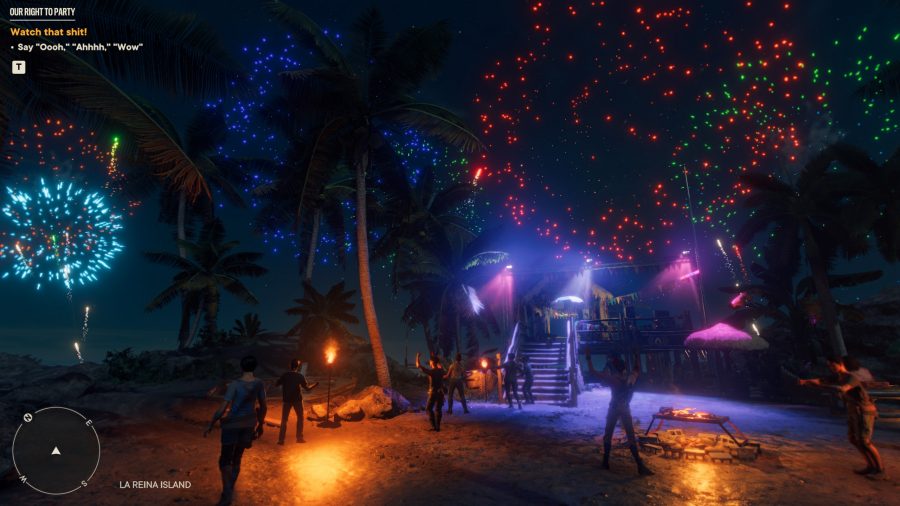 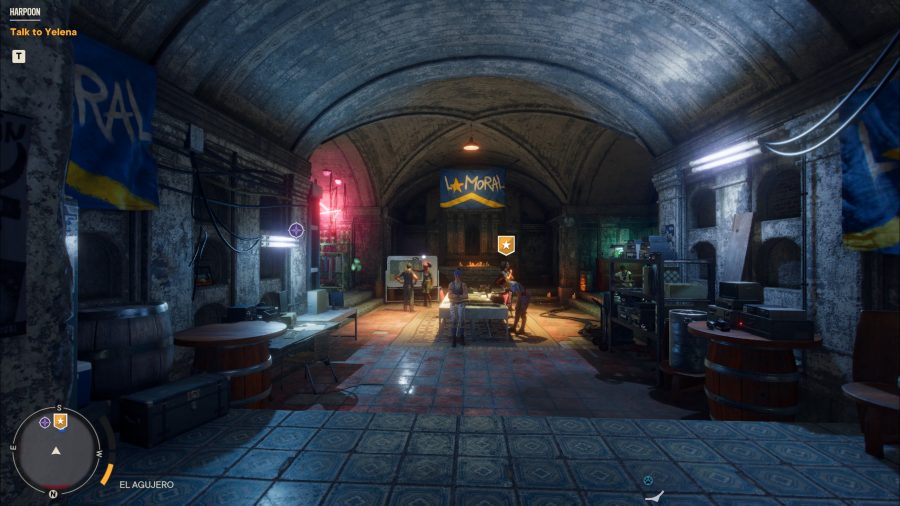 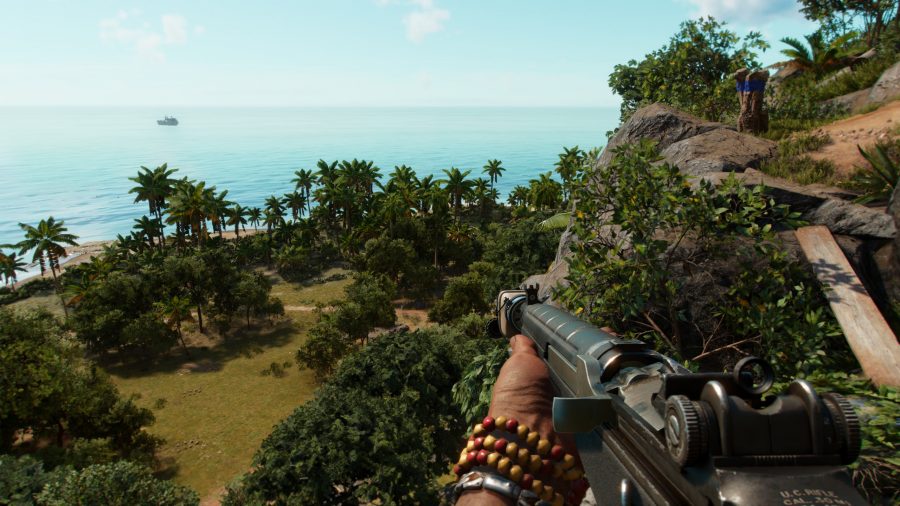 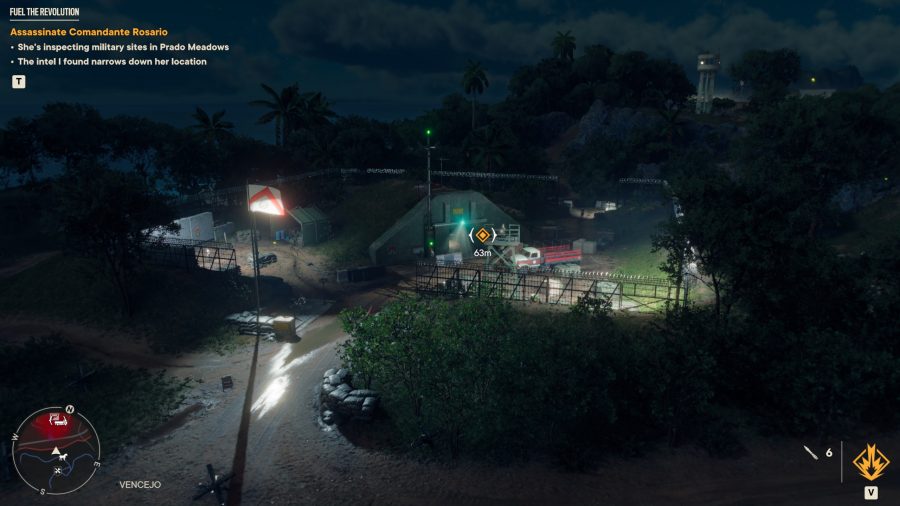 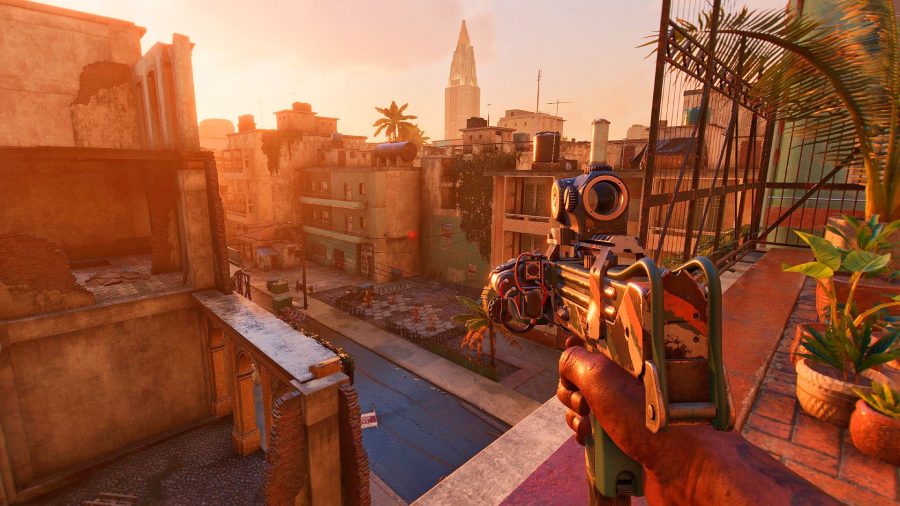 It figures then, that the main story is a little forgettable. The bad guys that make up Antón Castillo’s ranks, his lieutenants and propagandists, are very, very bad people. They torture, lie, slaughter, and enslave without remorse, and their only concern appears to be what Antón thinks of them. Taking them down is satisfying, but it’s not particularly memorable. And after several Far Cry games with the exact same main quest structure, it’s more than a little wearying when you can accurately guess how many more missions before the next big set piece.

Before the verdict, one final note on bugs. If you’ve played the previous few entries then it shouldn’t come as any great surprise that Far Cry 6 has some fairly outrageous bugs, but while I’ve not seen anything game-breaking, my experience has been consistently hampered by bizarre goings-on around Yara. Watching a major character catch fire in the background while another recounts a tragic backstory; randomly dying upon opening my parachute; explosives connecting with invisible walls and detonating right in front of me; driving through consecutively spawning flocks of chickens on the same small patch of road; watching in horror as civilians sprint from the safety of the pavement to dive in the way of my car. Again, nothing game-breaking, but consistent enough to make immersing myself in the world difficult at times.

The Far Cry 6 release date is just around the corner, so be sure to check out our system requirements page to see if your rig is fit for purpose. 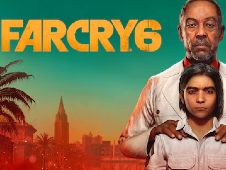 The series' foundations have been rejigged to offer an exciting and satisfying new gameplay loop. Not all of the revisions work in its favour, but unfortunately it's the complete lack of change with its approach to storytelling and structure that really holds Far Cry 6 back.