Prior to this year, I knew next to nothing about football. That’s not entirely my fault, because here in America, football is called soccer. It has been classified as a misdemeanor in several states and being caught enjoying it can carry heavy fines and even jail time. Our year is divided up into basketball, baseball, and American football seasons, and there’s little room in that schedule even for suspiciously Canadian activities like hockey, much less something as international as soccer.

Be that as it may (alright, maybe I exaggerated a little), I was eager to take on the challenge of covering Football Manager 2021 this year. Sure, I didn’t know any of the rules other than ‘the ball goes in the net,’ but Football Manager fans I’d spoken to in the past had always gotten this particular manic gleam in their eyes when they talked about it – the same kind of spark you see when someone is gearing up to tell you about their latest hijinks in Crusader Kings.

Well, I reasoned, I’ve done some hilarious things in Crusader Kings 3 without knowing what I was doing – why shouldn’t I be able to manage more or less the same thing with a football team? With a free copy of Football Manager 2020 in hand courtesy of the Epic Games Store giveaway earlier in the year, I decided to make it my mission to understand at least enough about ‘the beautiful game’ to make it to the end of a season at the helm of a club.

As any football fan might guess, I ran into problems right away. While Football Manager provides helpful ‘induction’ courses for new managers that introduce its various systems – scouting, training, contract negotiations, etc. – it does assume you know a little bit about the game when you arrive. When the coaching staff asked me if I had any ideas about a preferred tactic for the team to train on, I peered back at a screen full of words like ‘gegenpress’ and ‘tiki-taka’, which formed beads and slid around my brain like water off a duck’s back. Also, imagine the duck is standing in a wind tunnel. 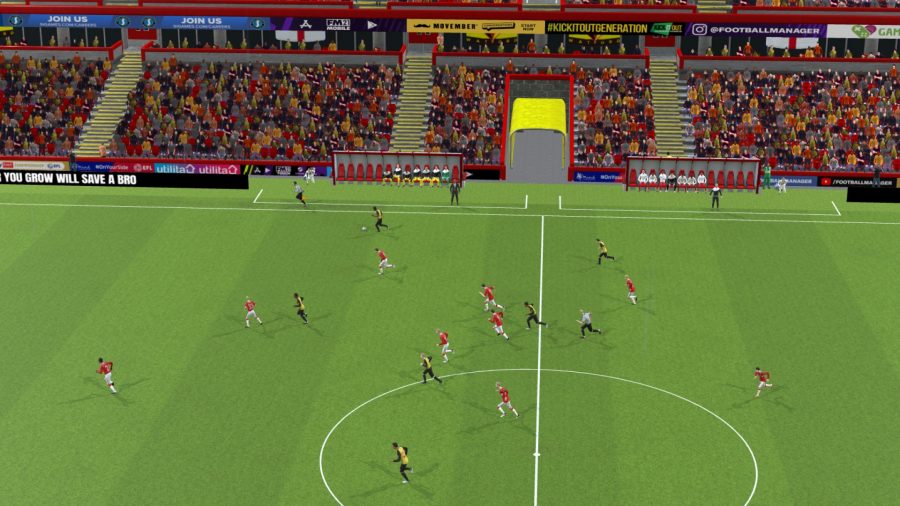 I decided I needed to spend some time on the field. This was definitely not going to happen literally, because I am 40 years old and hate to run. Instead, I reached for a game series that everyone tells you not to buy every year, but that mysteriously makes a ton of money anyway: FIFA 21.

As it turns out, as with other football games, FIFA 21 makes the reasonable assumption that if you’re buying a FIFA game, you at least know what football is. The good news for me is that there are enough difficulty modes available that you can effectively play against an AI that’s apparently busy doing something else entirely, which gave me the time I needed to figure out how to kick the ball at the goal, what a ‘cross’ is, and even what off-side means – sort of.

Going into FIFA with effectively zero knowledge of football does have its advantages, though – specifically, it inoculated me against the charms of FIFA Ultimate Team, which may actually be illegal in certain territories if various proposed pieces of loot box legislation are made into law. 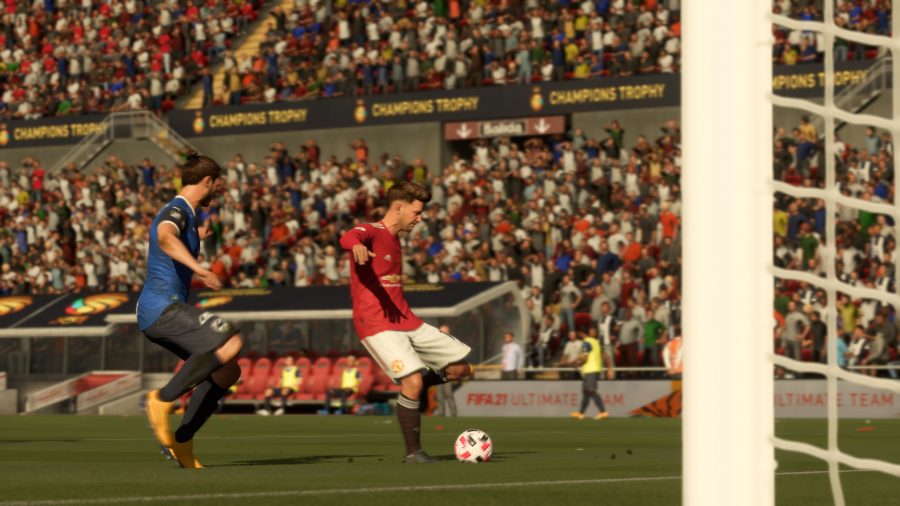 It was FIFA’s lightweight Volta Football that really got the penny to drop for me. The quick 3v3 and 5v5 matches of street football got me accustomed to the rhythms of the game. The small scale let me hone in on patterns to watch for, at least at a rudimentary level: small triangles, channels of space on the wing, that sort of thing. I started looking across the pitch for opportunities instead of simply plowing pell-mell into enemy territory.

I peered back at a screen full of words like ‘gegenpress’ and ‘tiki-taka’, which formed beads and slid around my brain like water off a duck's back... in a wind tunnel

I began getting to know players on NYCFC – guys like midfielder and captain Alexander Ring, winger Ismael Tajouri-Shradi, and star attacker Maxi Morales. I took this information back to Football Manager, where I felt my decision-making was being informed by the ersatz field experience I was getting out of FIFA’s career mode.

In his stirring book River Town, Peter Hessler recounts his two years as a Peace Corps English teacher living in the small Chinese city of Fuling. On his morning bike rides, Hessler passes by a road sign printed in Mandarin each day, and over the course of his time in Fuling, teaching English to students and learning about Chinese culture and language from the locals, he finds that bits and pieces of the sign take on meaning – he gradually comes to understand what it says. This same method of brute force learning was proving effective for me, too.

I wasn’t getting a formal introduction to football so much as flinging myself at it over and over and hoping to take on some paint each time I hit the wall. I found that I had other resources close at hand, too, in the form of a small group of friends from university who had been running a clandestine SMS group chat in which they discussed their love for Arsenal FC. My brother-in-law is a Manchester United fan – who knew? 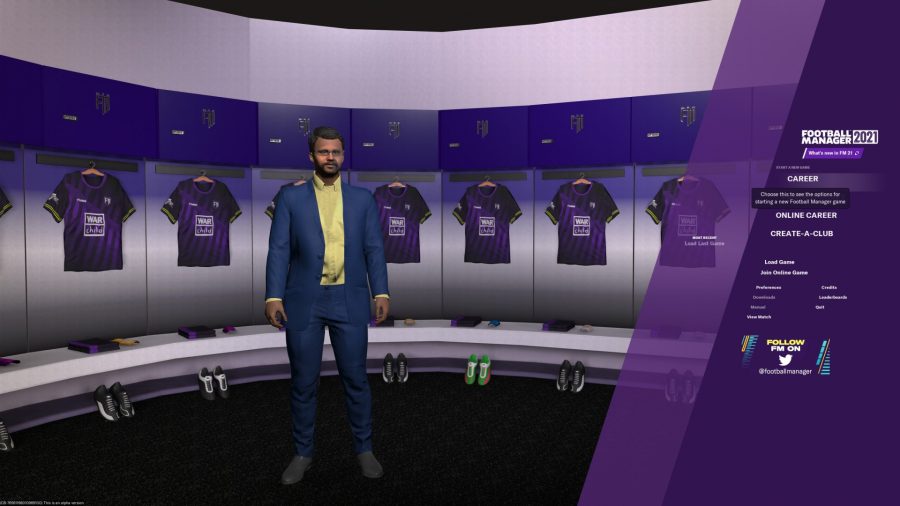 Before long, I was digging into my Football Manager team’s depth charts, poring over scouting reports, and making tweaks to our preferred tactic. Each decision I was handed in my inbox began to fit into the larger picture, and I could see why I needed, say, a new sports scientist or goalkeeping coach, or why a certain player needed some time on loan before we could place him on the starting lineup.

So when the time came to write our Football Manager 2021 review, I felt I was ready. I spent most of a week with the beta version running almost non-stop on my desktop, popping in to attend a press event or tweak my team’s training schedule between stories. Over lunch, I’d watch matches unfold, and when I got through with work I’d run some drills and play a few matches in FIFA, working on my tactical awareness and the tricky timing for those precision shots on goal.

It was clear to any football fan in good standing that the review wasn’t written by an expert – and I tried to make that clear upfront. But what I hope also came through was the fact that I was genuinely having fun not only playing the new Football Manager, but also in saturating myself in as much football as I could get my hands on in a year when going to large public events had become a fuzzy memory of a bygone era. 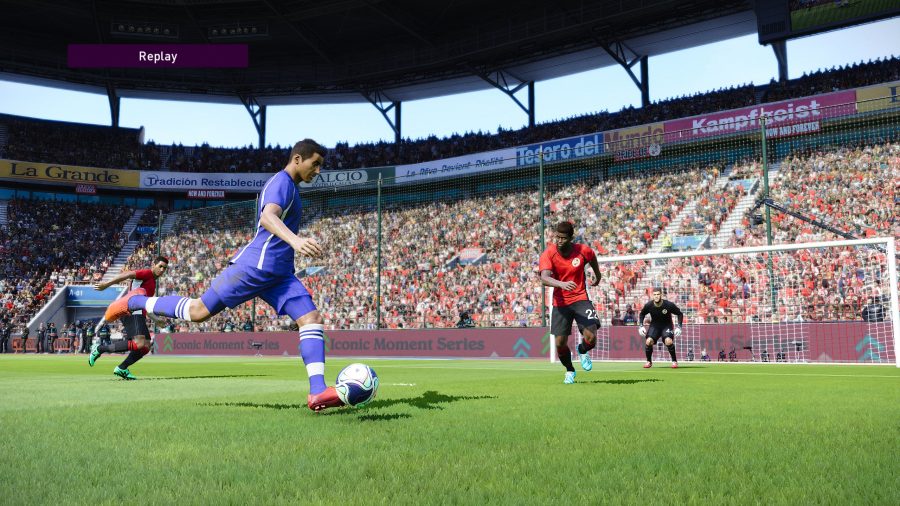 While I don’t have the deadline pressure keeping me quite so immersed anymore, my interest in football hasn’t waned at all in the weeks since the review went live. I’ve found myself adding news sources on NYCFC to my social feeds, and I’ve traded the approachable and carefree action of FIFA 21 for the more considered, refined play of eFootball PES 2020 (I got the 2021 Season Update, the Arsenal edition, for the record). I’ve even put Captain Tsubasa: Rise of New Champions on my Steam wishlist, because what if a penalty kick could physically rip the fabric of spacetime?

Read more: The best simulation games on PC in 2020

The upshot of all this has been that thanks to games, football is now something I can appreciate and share with friends, family members, and heaven knows how many millions of people all over the world. It’s certainly no stand-in for a lifelong love of the game, and I’m still learning my way around the broader landscape of notable players, coaches, and football history outside my chosen club. But as an entry point into a wide world full of its own rules, customs, and characters, you can do a lot worse than videogame immersion therapy.

Now, if someone could just explain the off-side rule to me again…