Wondering where to find The Sideways in Fortnite? Season 8 has begun, and the alien threat is no more – but instead, we’re facing the wrath of powerful, malicious cubes that have fallen from the Mothership to the island, wreaking havoc in their wake.

These cubes are spreading corruption and chaos across the map, and they’re also creating portals to The Sideways, an alternate reality full of monsters that swarm you as soon as you enter, along the lines of the Upside Down from Stranger Things. You’re unable to build inside The Sideways, and there’s a particularly low level of gravity there, too. Despite these anomalies, there’s plenty of good reasons to enter The Sideways – you can find exclusive weapons and crafting parts here, which you can use to make yourself more powerful.

How to complete a Sideways encounter

To complete an entire Sideways encounter, you must defeat all waves in a Sideways Anomaly. If you don’t defeat enough enemies, the Anomaly closes on you, so it takes a lot of firepower to get through each wave in time. Make sure you fully gear up before entering and bring along teammates to help you if you can.

While inside the Sideways Anomaly, you gain a bar at the top of your screen with three reward markers at different intervals. Defeat as many foes as you can in this time to fill up the bar all the way, and complete the sideways encounter. 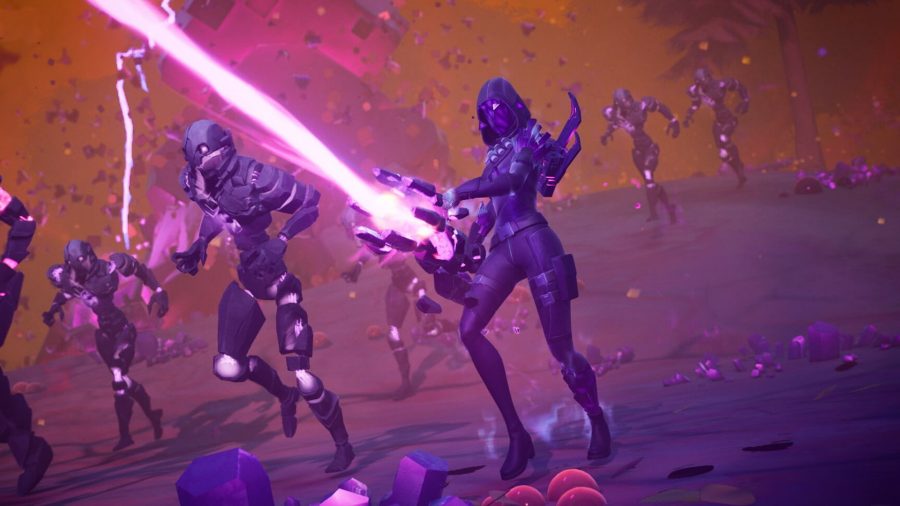 How to enter The Sideways in Fortnite

There are two ways you can enter The Sideways – via portals that open up Sideways Anomalies, and through a bubble that converts part of the Fortnite map into a Sideways Zone.

Sideways Anomalies can be accessed via portals – check your map for purple bursts of light that look like rifts. They are scattered across the island in different locations each match. Upon entering one of these portals, you open up a temporary Sideways Anomaly, and a purple-and-orange bubble appears around you. Inside the Anomalies, you can find chests and Cube Monsters, which drop Cube Monster parts.

There is one Sideways Zone per match, and they’re hard to miss – they’re large purple-and-orange bubbles that swirl mysteriously as you approach. Inside the Sideways Zone, you can use glowing orange cracks in the ground to propel yourself around while searching for glowing purple chests containing Sideways weapons. 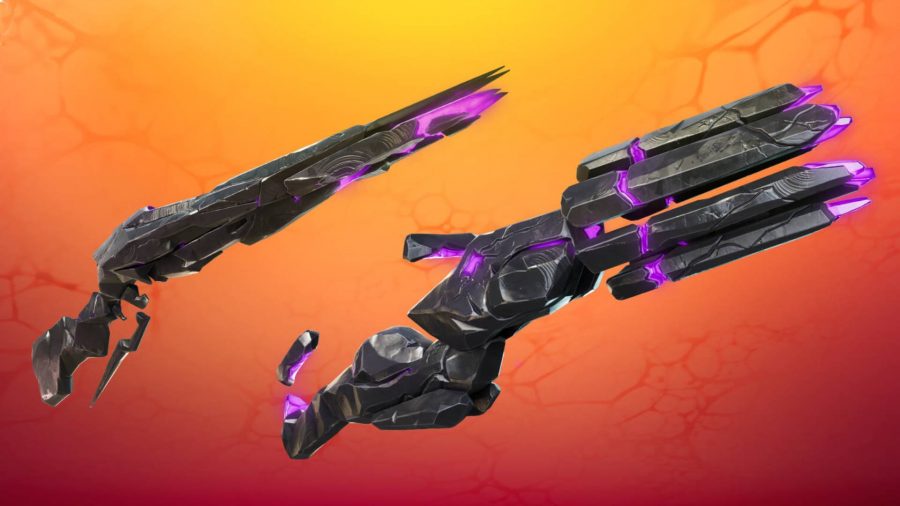 The new Sideways weapons in Fortnite are:

These new Fortnite guns slowly generate heat, dealing bonus damage as they get closer to overheating. However, once they overheat, you won’t be able to fire it for a while, so do be careful. Sideways weapons can be upgraded to higher rarities using Cube Monster parts in the Fortnite crafting tab.

That’s everything you need to know about The Sideways in Fortnite – while you’re exploring everything Season 8 has to offer, check our Fortnite NPC locations guide to track down everyone’s punchcard quests. If you’re looking for colour bottles and character styles for your Fortnite Toona Fish skin, we’ve got you covered.