Want to know where to find the satellite stations in Fortnite? Scattered throughout the map in Chapter 2 Season 7 are several outposts with satellite dishes on top. Each one contains special IO chests with special Fortnite alien weapons inside of them, tons of computer equipment that you can destroy, and plenty of patrolling IO guards.

It’s likely that you’re searching for the satellite stations to complete the week 5 epic challenges, though these outposts can also contain Fortnite alien nanites that you can either deploy for anti-gravity effects, or use in Fortnite crafting to make your own versions of the alien weaponry. These bases are underrated places when it comes to finding loot, so even after completing the epic challenges for week 5, you may wish to land here to get a head start on loot collecting.

So if you’re looking for these Fortnite satellite stations to destroy equipment for this week’s challenge, we have a map that pinpoints every single one of them. We also have a brief description of the area nearby so you know what to look out for.

Here are all of the Fortnite satellite station locations: 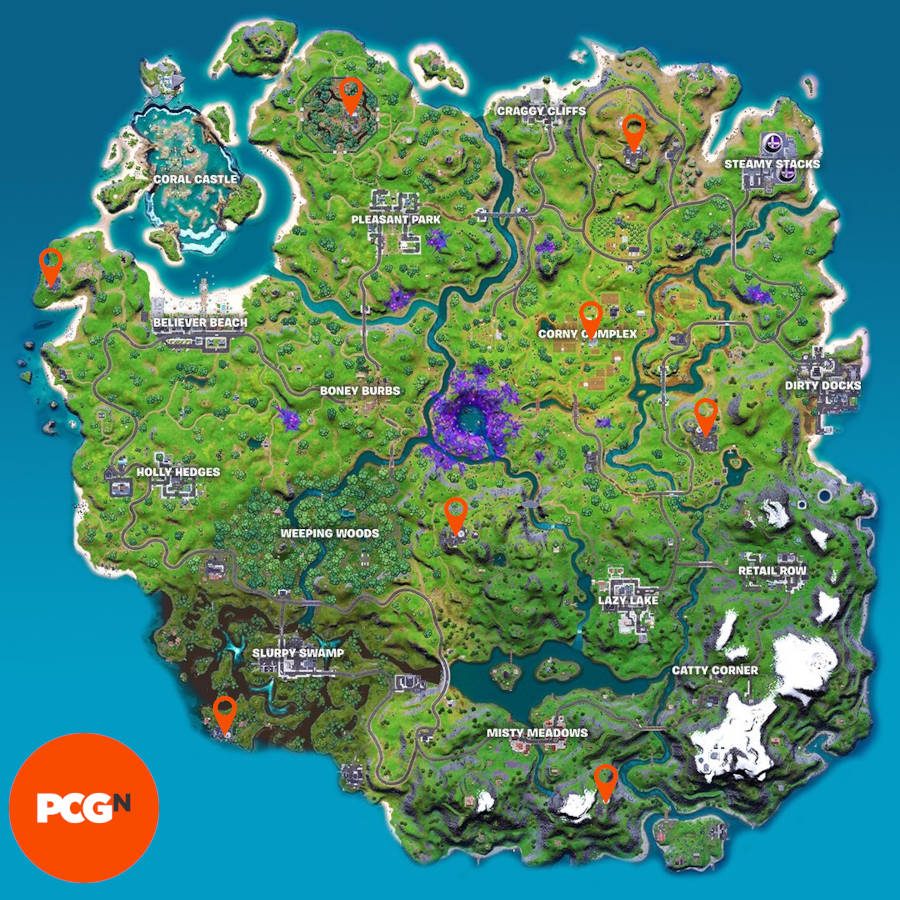 That’s everything we know about the Fortnite satellite stations. If you’re still trying to complete some of the week 5 legendary challenges, you may be interested in learning where to interact with the Fortnite CB radios, where to place the Fortnite welcome gifts in Holly Hatchery, and where to dance next to Zyg and Choppy.