Where do you dance between four hotsprings in Fortnite? Ok, we get it, you’ve been hiding in a succession of bushes, waded through rivers, and raced on scorched tarmac while whittling down the other players on your way to a Victory Royale, but you’ve got to have a wash at some point. So, as ever, we’re here to point you in the direction of four Fortnite hotsprings near which you must, er, dance between.

Yes, as part of this three-part Fortnite challenge, you need to do some dancing before you can immerse yourself in the natural liquid warmth spewing from Epic’s battle royale arena. First, you need to have thrown some shapes before you can boogie away this part of the challenge, so be sure to use our separate guides below to get that all done before progressing to your dance between four Fortnite hotsprings.

For this third and conclusive part of this quest you’ll need to depart the Battle Bus in the vicinity of Lazy Lagoon – north-east of this pirate-infested region, to be precise. So, now, leave any treasure you have behind and let us show you where to dance between four hotsprings in Fortnite.

Where to dance between four Fortnite hotsprings

So now that you’re all ready to get that blood, sweat, and shrapnel off your hard-earned legendary skin, you need to amble over north-east of Lazy Lagoon to find the four hotsprings you need to dance between. You can see the big blue blobs of water on the map, but we’ve marked it on our own one below just in case you can’t find them. 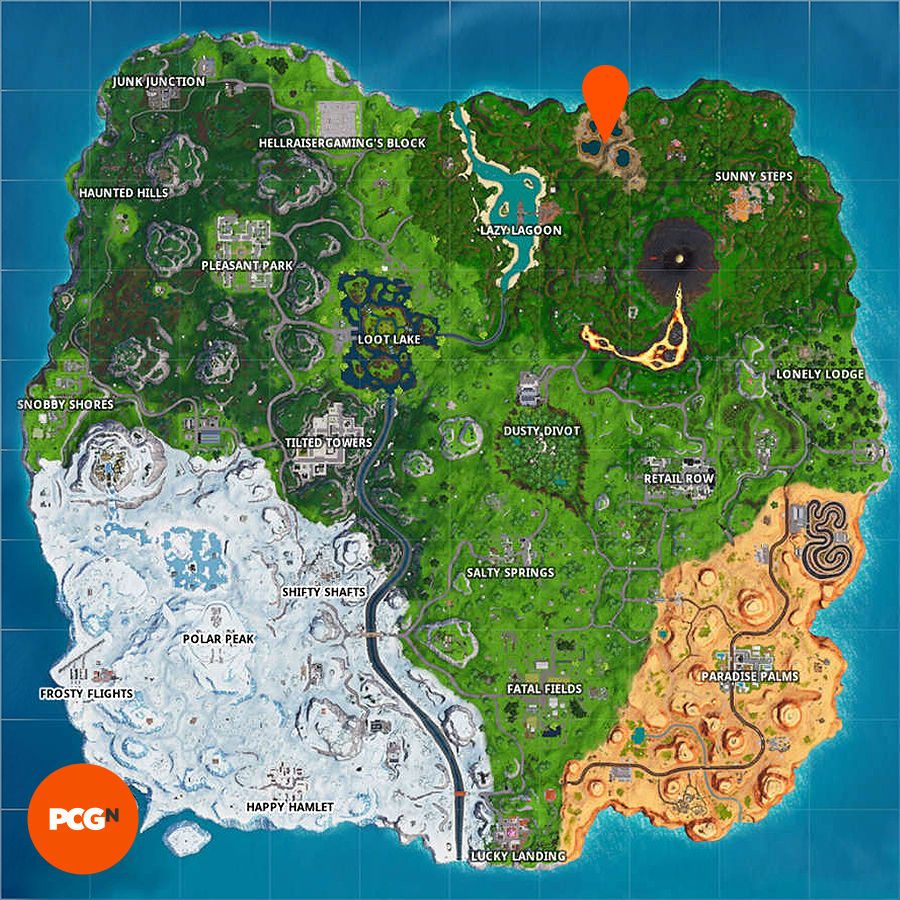 And, as we mentioned already, this is a staged challenge consisting of three parts. So, if you’ve stumbled on this stage three guide already, here are the other two below so you can catch up:

And there you go, that’s where to dance between four hotsprings in Fortnite to round of this three-part quest. But, you’re challenge-based work isn’t done yet; there’s more for you to complete before the Fortnite season 9 release date arrives and the weekly missions are gone for good. For instance, check out the Fortnite Avengers Endgame challenges for special rewards, and find all the various Fortnite Jigsaw Puzzle Pieces while the last couple of weeks of this eight season draw to a close.Good luck and Excelsior!