Sunday means it’s another Fortnite Fortbyte mystery, hidden within one of this season’s unlockable loading screens. To find this Fortbyte, we’ve got to decipher a clue and deal with more than a little misdirection. Don’t worry, though – we’re here to give you directions straight to it.

We’re narrowing in on the final Fortbytes, and there are already enough unlocked that you can earn yourself the Singularity skin, awarded after finding 90 of the puzzle pieces. But there are still a few more, and some of these might be easier to grab than the ones that require special gear or lots of XP.

Fortbyte 33: Found at a location hidden within Loading Screen #10 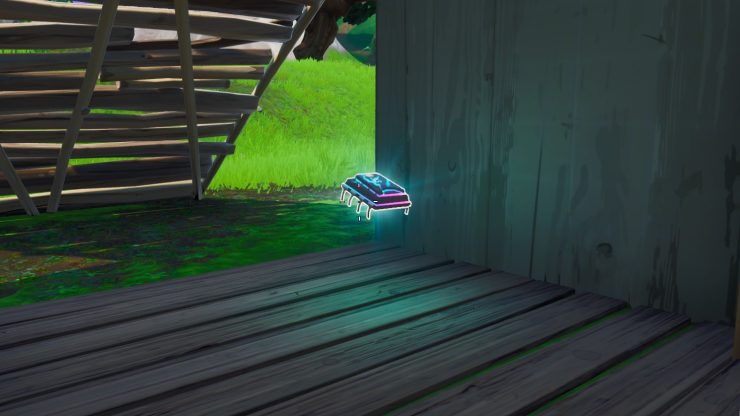 If you’ve been following along on Fortbytes since the start, you won’t be surprised to learn this week’s loading screen clue is a bit misleading – the clue isn’t in the picture itself, but rather in the description. The image is called Neon Jungle and has a vaguely Matrix-y look to it, but the description reads, “You’re a long way from Lonely Lodge…”

That might not seem to be much help, since a lot of places are a long way from Lonely Lodge. Fortunately, the mystery isn’t that deep – we’re going to Lonely Lodge. Plant a marker and head that way out of the Battle Bus.

Since there isn’t much time left to collect Fortbytes, you can expect some resistance heading over here. So it’s wise to take a cautious approach and collect a weapon or two on your way over. 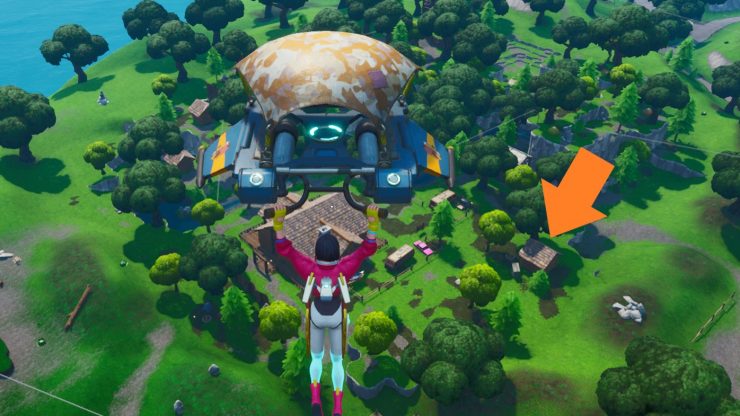 Lonely Lodge is the large, multi-storey cabin that dominates the area at the north end of the forest, but our Fortbyte isn’t located inside. It’s nearby, inside a small one-room cabin just to the immediate southwest of the lodge itself. It’s indicated by the arrow in the image above.

When the coast is clear, head inside and you’ll see Fortnite Fortbyte 33 ready to pick up. If you’re still missing Fortbytes, consult our complete list of Fortnite Fortbyte challenge locations, which will point you to every one that’s been unlocked to date. Season 9 is wrapping up soon though, so you’ll want to do it quick.