Fortbyte 97 is somewhere indicated by loading screen #8, which you get by completing all the challenges from eight different weeks. Well, so far there have only been eight weeks’ worth of challenges to do, which means that you’ll have to have done all of them so far to have the loading screen. Bummer!

The good news is that, like the other Fortbytes locations hinted at in loading screens, you don’t actually have to have the loading screen unlocked to collect the Fortbyte – you just have to know where to go, and that’s where we come in.

Loading screen #8 shows a beardless Jonesy and a happy, unblended Peely enjoying some arcade games together, but as with past loading screen clues, this isn’t the key to finding Fortbyte 97. Instead, you need to read the description, which says the pair met for the first time at Bao Bros. That’s your clue, and it’s where we’re headed for this Fortbyte.

Fortnite Fortbyte 97: Found at a location hidden within loading screen #8

Bao Bros. is the restaurant found in Lucky Landing, on the southernmost side of the island. It’s in that little strip of green between the frigid snowy area and the desert biome, just south of Fatal Fields. Make your way there from the Battle Bus. 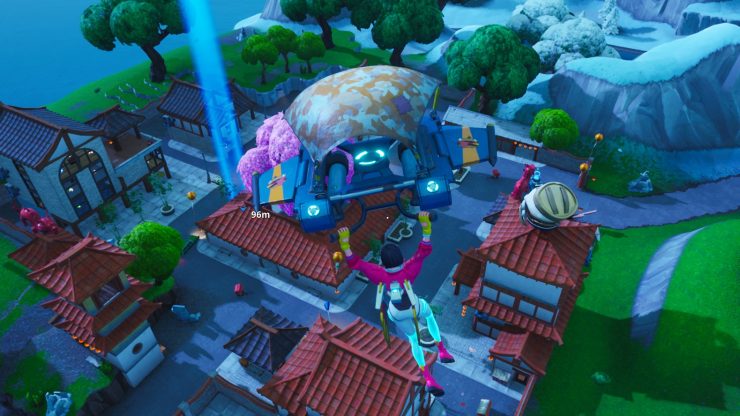 The buildings in Lucky Landing are arranged around one central structure, and you’re looking for the tall one on the north side of the town. It has a big bun floating on top of it, and outside you’ll see a pick-up window. 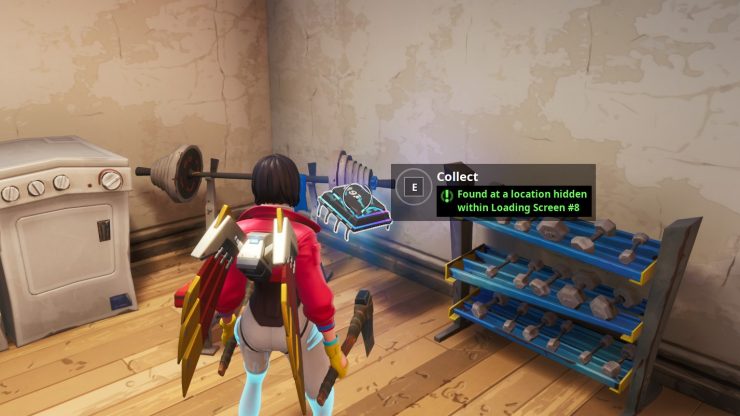 Get inside, and head upstairs – Fortbyte 97 is sitting on the second floor near a weight-lifting bench.

That’s all there is to it! This one may be tricky to pick up at first, since there’s bound to be a rush for it. It’s near the edge of the map, too, which means you can’t wait around Lucky Landing too long, since the storm will likely close over the location early in each match. But you know where to go now, and if at first you don’t succeed, just try, try again.