Want to know how to get Neymar Jr in Fortnite? As part of Chapter 2 Season 6, the latest season of Fortnite gives players the opportunity to become a digital representation of the Brazillian international and PSG forward. You can pick Neymar’s skin by completing the challenge to complete five quests, and you can also unlock his alternative outfit and other items by doing other challenges. The steps to unlock him aren’t all that difficult once you know where to go and what to do.

You’ll first need to locate the soccer player NPCs in the Fortnite map. There are several soccer players in the game, and talking to at least one of them is enough to unlock a few items. Doing quests for them will unlock more swag, eventually giving you a new outfit.

So this guide will go over the Neymar Jr challenges, including the locations for all the soccer players and tips for scoring a goal with the soccer ball toy. We’ll also cover how to kick the ball far enough to get all of the unlockables for him, including a ‘Shh’ emote that transforms him into a ‘primal’ form.

These are the Fortnite soccer player locations:

You only need to eliminate three players in any game type as Neymar Jr to net an emote that transforms Neymar Jr to his ‘primal form’. 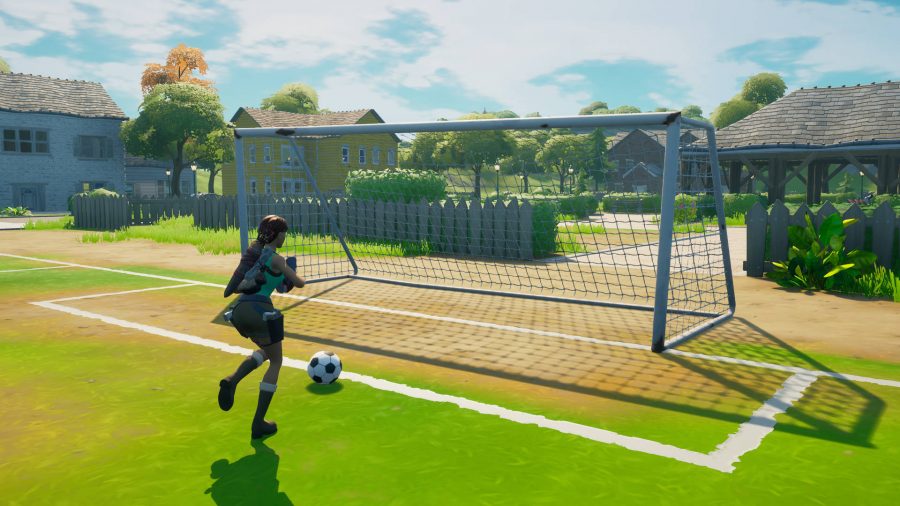 The most reliable way to complete this challenge is to equip the soccer ball emote toy and the Neymar Jr costume, and then head to the soccer field to the south of Pleasant Park. Stand in front of the goal and use the emote to score the goal. There is also a goal to the east of Holly Hedges if that’s a little too populated with players. 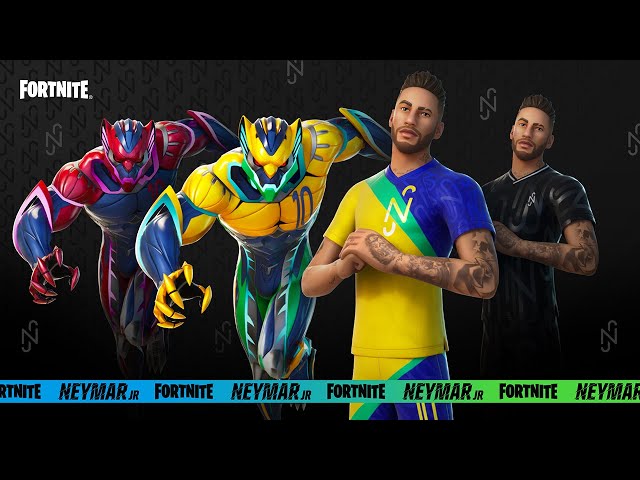 How to drop kick the soccer ball toy 500 meters

You’d think this challenge would be difficult because the default range isn’t all that high for the toy. However, this is Fortnite, and Fortnite is famous for one thing: building massive impenetrable towers. Simply gather enough materials to craft a massive tower of power, then use the toy emote while wearing the Neymar Jr skin at the summit to punt that soccer ball into the horizon.

And that’s everything you need to know about getting Neymar Jr in Fortnite. We have plenty of other Chapter 2 Season 6 challenge guides for you if you’re struggling with them. Recent ones include how to get a prop disguise in Fortnite, Lara Croft’s location for the grappler bow, and how to tame Fortnite animals.