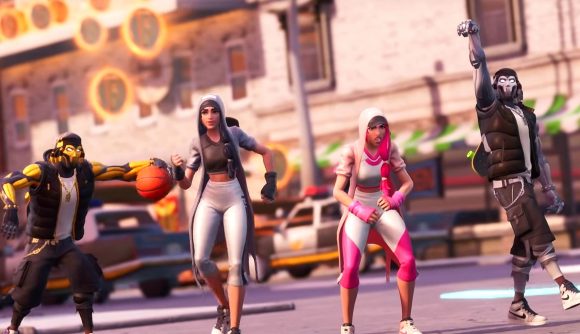 The latest report from SuperData indicates that while Fortnite has gotten a boost from the start of Season 9, its digital revenues have decreased significantly from the same month last year. The game made $203 million USD across all platforms in May this year, down 38% from May 2018.

The drop is part of a global trend that saw players spending $8.7 billion (£.6.8 billion) in May this year, down 4% over the same timeframe last year. SuperData points out that this was driven largely by a 6% drop in overall mobile spending, which is the biggest revenue driver in gaming – more than console and PC combined when it comes to digital spending.

Fortnite slips to fifth place in digital gross revenue on PC, with League of Legends maintaining its place as the top digital money-maker on PC. On mobile, Fortnite doesn’t crack the top ten, although it continues to be the top-grossing game on consoles.

As Fortnite Intel explains, Fortnite improved its revenue in May thanks to the beginning of a new season, which of course means a new Battlepass for players to buy. But the slide in profits from last year means that Epic’s efforts to build a competitive esports scene for Fortnite haven’t yet yielded any monetary gains for the company.

The breakdown for the top-grossing grossing games for PC has some other interesting entries. After League, there’s Dungeon Fighter Online, Fantasy Westward Journey Online II, and CrossFire, all of which enjoy massive popularity in China.

Read more: All the Fortnite Fortbyte locations so far