Being open-world games, the Forza Horizon series is able to layer the thrill of exploration and discovery over the usual racing game thrills of pulling off a perfect corner. It’s difficult to explain the je ne sais quoi the series has managed to build for itself, however – but this fan film gets pretty darned close to capturing it.

Gage Allen is the creative director at Player One Trailers, and he’s helped make game trailers for titles like Baldur’s Gate 3, Stellaris, and Crusader Kings 3. He’s also a big fan of games themselves – his ‘This is Battlefield‘ short film caught our attention in 2019, and it’s a love letter to the WW1 trenches and chaos of Battlefield 1.

‘This is Forza Horizon’ is a major shift in tone, but there’s the same loving wonder on display for the natural beauty in Forza Horizon 4, which is set in the UK countryside and features a constantly changing season system. The rolling hills, the ancient stone walls, and the powerful engines all shine in Allen’s latest short, and it’s a terrific way to get a handle on what makes the Horizon series special in just three high-speed minutes.

Here’s the film, which you can watch in 4K: 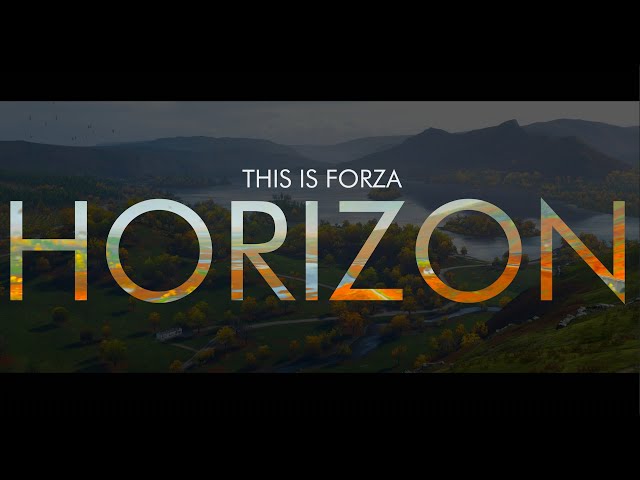 As in This is Battlefield, all the footage you see here – apart from some of the close-in detail shots – was captured in unscripted multiplayer sessions. Allen tells us he relied heavily on Forza Horizon 4’s in-game drone camera, which allows you to fly a remote-controlled quadcopter around your vehicle to get a look at the surrounding countryside – or get up close and personal with your car.

“I did use the drone camera quite a bit, but basically tried to break it as much as possible to get the shots I wanted (to get around its limitations), so there’s a few workarounds done to get the shots to look that way,” Allen explains.

Allen tells us the film started as his “pandemic project” in March 2020. “I was playing a lot of Forza Horizon 4, just like I did when it first came out, and I just got this wave of inspiration to make something out of my love for cars and my love of Forza Horizon,” he says. “It was my first Forza ever when it came out in 2018, and I immediately just fell in love. The beautiful world, the events, the races, the campaigns, the online element, the cars.”

It’s a challenge to capture good footage when you’re working without any developer tools and with whoever shows up in a multiplayer match, Allen explains. “Whenever I do these, it’s a dance,” he says. “It’s fascinating because you see these windows into the different types of Forza players, those who like to explore distant mountains and venture into the wild, then you see those who like to drift, or drag race, or compete with others, then there’s some who just want to experience a car they love and drive it as if it was their own.”

It’s impressive stuff, and if you’d like to see more of it, you can check out Player One Stories on Patreon.

Of course, this has us even more worked up about Forza Horizon 5, which is set in Mexico and will be launching on Steam in November.