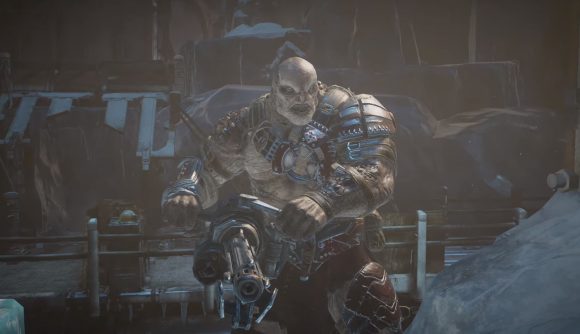 One of the new features coming to Gears of War in Gears 5 is Escape, the multiplayer mode pitting you and your pals against a level full of angry Hive as deadly gas fills in the rooms, pushing you forward. The game will ship with a map editor for Escape, allowing players to create their own levels with a simple but extensive toolbox.

The Coalition published a video this week providing some high-level details on how the Escape Map Builder works. Being that Gears 5 is a tentpole Xbox title, the map editor is designed to work on consoles. That means there’s no fiddling with custom meshes or designing new assets; instead, you’ll use prefab room tiles which snap together, a bit like SnapMap from 2016’s Doom.

Despite the simple approach, Gears 5’s Map Builder appears to give players significant design power when putting together their Escape maps. There are lots of rooms to choose from, for one thing, and it allows you to place enemies and weapon pickups wherever you like. You can also determine the speed at which the deadly venom travels through the level, which will go a long way in setting the mood for any particular Escape outing.

Here’s the video, narrated by the always-cheerful Victor Hoffman.

As you’re building your levels, the video explains, you can hit a button to enter a fly-through mode to check out how everything looks and flows. Not a bad little feature, that.

Perhaps best of all, you can decide what to do with your level once you’ve finished building. You can share it with friends for a quick one-off jaunt, or you can publish it to the Gears servers so other players can play your creation and leave a rating. 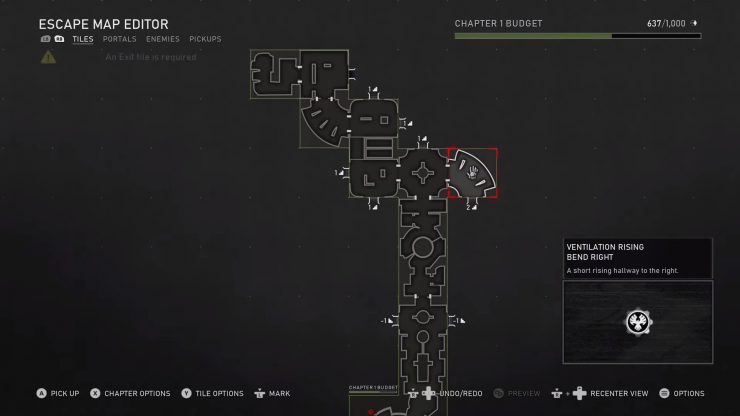 While it isn’t called out in the video, there’s a visible bar in the upper right-hand corner with an “act” budget bar. Presumably that means there’s a limit on how much you can place in each map in terms of enemies and challenges. That’ll help keep things from getting absurd, but PC players may not appreciate the limitations on their, uh, creative spirit.

That’s just a bit of what we know so far about Gears 5, and the release date is coming up soon. The game is scheduled to launch September 10.