Looking for the best Genshin Impact Klee build? This little bundle of joy is a ticking time bomb, throwing explosives with the careless abandon you’d expect from an unhinged toddler. Yes, we’re pretty sure she is blissfully unaware of the pain and suffering she is causing with her wanton destruction, and should probably have a word with her guardians.

Klee does one thing very well, so naturally there’s only really one build that will work with her skill set. By spamming her charged attack, each item for her DPS build is capable of causing a huge amount of Pyro-based area-of-effect damage. As such, she’s great when paired with Bennet, but also works well with Diluc (you can always check out our collection of the best Diluc builds while you’re here).

If your team has space for this Pyro-crazed child in your roster – and if you like seeing things go up in flames, you probably do – here’s what you need to get to create the best build for Klee in Genshin Impact.

This is it: the only Klee DPS build you’ll really need. It begins with one of three weapons: the Lost Prayer to the Sacred Winds, Skyward Atlas or Solar Pearl.

As a five-star weapon, the Lost Prayer to the Sacred Winds is difficult to come by, as it’s one of the weapons you get via the gacha system, but if you get it, it’s among the best weapons to give Klee. It ups the Critical rate by 7.2%, and grants Klee the Boundless Blessing. This alone increases her movement speed by 10%, and while in combat, it also grants her an additional 8% elemental damage bonus every four seconds. As a result, spamming her charged attack, which does Pyro damage, will result in harder hits over time.

The Skyward Atlas gives Klee a sizable elemental damage bonus, as well as a 50% chance to earn the favour of the clouds, which will seek nearby enemies to attack for 15 seconds. All this damage adds up and despite the clouds only appearing once every 30 seconds, it’s still a big buff. 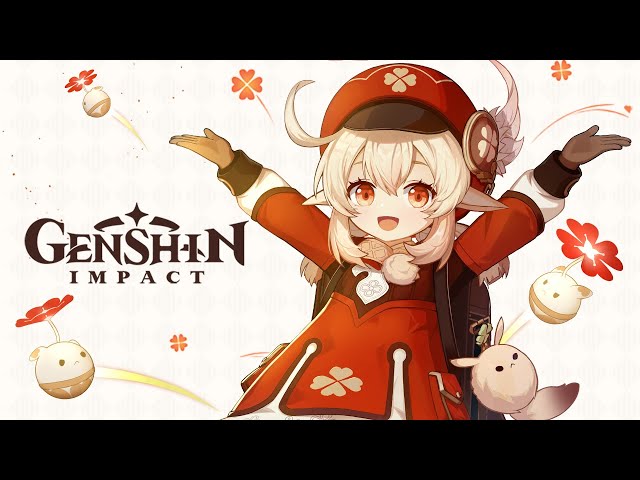 For the Artifacts, you can go in on the Crimson Witch of Flames set which increases Pyro damage by 15% with two items equipped, and increases a large number of effects with four items equipped:

These effects are the reason why Klee pairs well with certain characters, particularly those who use Hydro and Electro damage which combine with Klee’s Pyro to create powerful Genshin Impact elemental reactions. Alternatively, you can instead equip just two of the Crimson Witch of Flames items for the 15% Pyro damage bonus and the Gladiator’s Finale for a general attack buff of 18%. 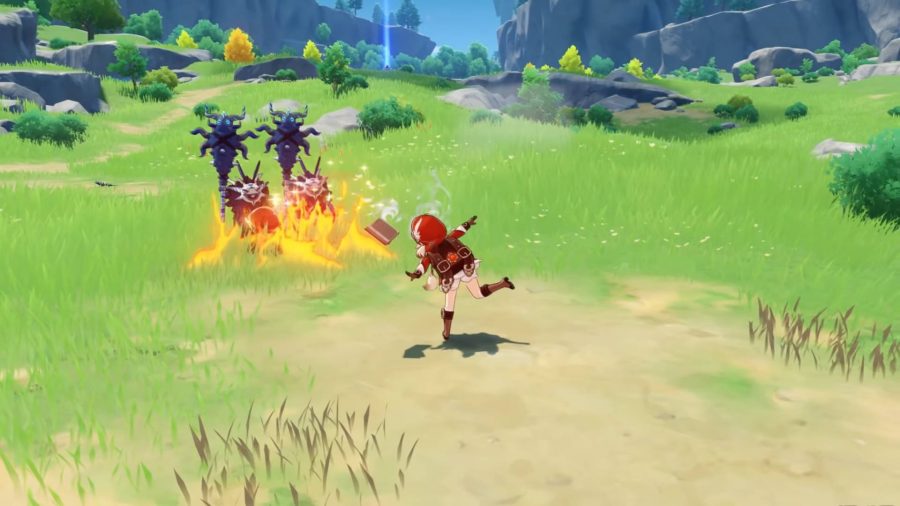 When activated and for the duration of this ability, Sparks ‘n’ Splash is continuously summoned to attack nearby enemies for area-of-effect Pyro damage. 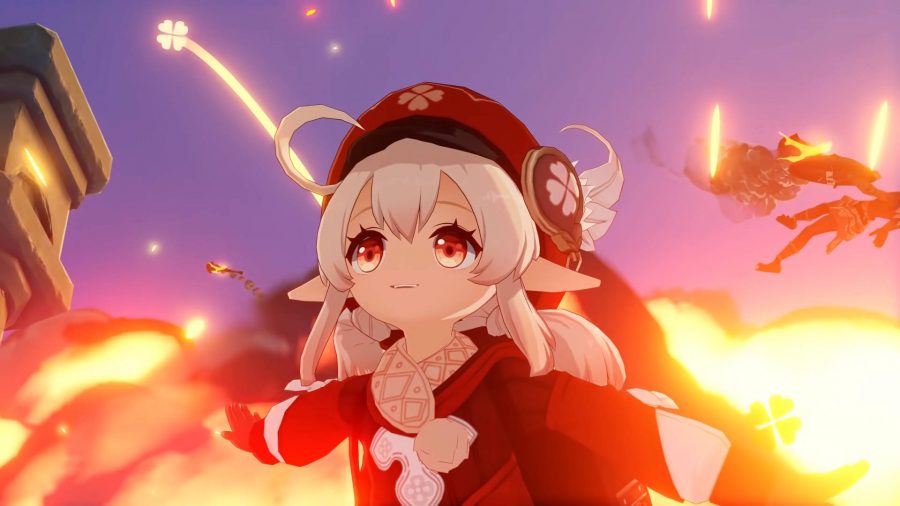