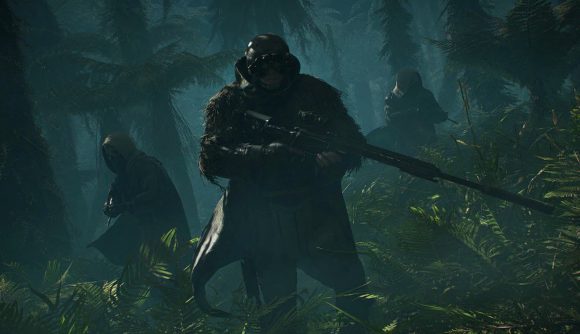 It’s fair to say that Ghost Recon Breakpoint has had a rough go of it since launch, and even publisher Ubisoft seems to agree. The company held a two-week player survey earlier this month, and has now pledged to address players’ most commonly-held concerns – and one of the big ones is Breakpoint’s Destiny-esque tiered loot system.

According to Ubisoft’s numbers, more than half of Ghost Recon Breakpoint players who responded to the survey asked for AI teammates to be added back into the game. These were important elements of 2017’s Ghost Recon Wildlands, although in that game they had a tendency of making encounters suspiciously easy. However, players seem to miss the feeling of operating as a team in Breakpoint.

Ubisoft announced at E3 this year that AI teammates would eventually return in Breakpoint, and the company has reaffirmed that goal in the latest blog post. AI teammates should be arriving at some point next year.

An even more fundamental issue with Breakpoint, though, is its weird tiered gear system. In it, two boonie hats that look exactly the same might have radically different stats, or offer more protection than a kevlar helmet of a lower score. More than 35% of survey respondents said they want to see that system removed.

Ubisoft says this is “in progress.” In a ‘Moving Forward letter’ posted to the Ghost Recon blog October 28, the company said it had a “more radical and immersive version of Ghost Recon Breakpoint,” but at the time did not specify what that meant.

Now, Ubisoft says that removing the gear score and tiered loot system is part of that “radical” overhaul of the game, and that we should be seeing it “early next year.” Whatever that new version is, it will also apparently address players’ requests to reinforce or otherwise address Breakpoint’s anaemic survival elements.

Ubisoft still isn’t offering specifics on what this means, and instead references the October ‘Moving Forward’ letter under both headings. But the fact that it has brought up these two big concerns from the player community and said they’re being addressed is a big deal – both systems form the basis upon which Breakpoint was built.

Whatever changes are coming to Ghost Recon Breakpoint, it sounds as though they’re important and big. We’ll find out when Ubisoft is ready to unveil its new version of the game in early 2020.