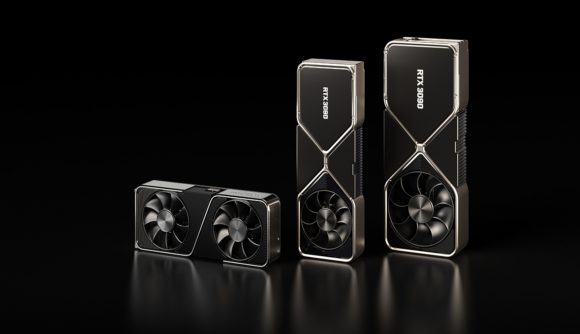 A large contributing factor to the dire state of the current GPU market is the ongoing cryptocurrency boom. Despite moves from manufacturers to make their graphics card less appealing to miners, a huge number of the best graphics cards available (or unavailable, as the case may be) are still finding their way into mining farms instead of gaming PCs. However, a recent development in China’s ongoing crypto crackdown may bring some relief to the grossly inflated video card market.

As reported in Financial Times, Chinese government agencies and The People’s Bank of China have now banned all cryptocurrency exchanges. Previously, the country had only banned domestic activities, which led to traders moving to foreign platforms and also resulted in China’s used GPU market being flooded with RTX 3000 GPUs listed well under MSRP. This change in legislation is seen as a means of closing this loophole.

The collective value of crypto wallets controlled by Chinese users is estimated to be around $150 million USD, which places it “second only to the US” according to analytics provider Chainalysis. The price of bitcoin also fell by around 8% following the news.

There’s no way to know for sure what the knock-on effects of this legislation will be but, if it has a similar effect to the domestic-only ban highlighted earlier, we could see even more GPUs from mining farms flooding both the Chinese and worldwide used markets. This should, hopefully, bring prices down due to market saturation although you should be wary of their condition due to extensive mining use.

Regardless of what the market looks like today, there’s lots to be excited about in the near-future when it comes to our favourite polygon pushing components. Intel recently confirmed that it will be partnering with the likes of Asus and other OEMs for its upcoming Alchemist launch and Nvidia is rumoured to be refreshing its RTX 3000 lineup with ‘Super’ variants. However, if you bat for team red then news of AMD’s RX 6600 may be of interest to you instead.