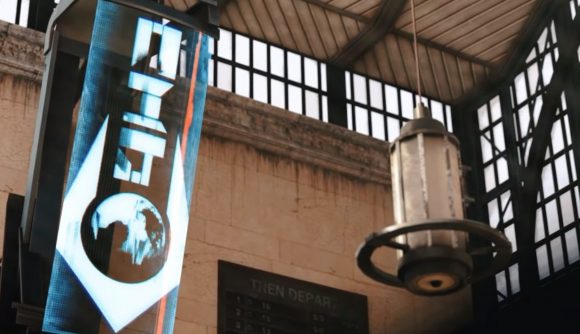 Between Half-Life and Half-Life 2, the FPS game series has two of the most memorable and influential openings in gaming history. Soon, you’ll be able to wander through Half-Life 2’s in VR, thanks to a Half-Life: Alyx mod.

Project 17 – First Insertion is a recreation of Half-Life 2’s first chapter using the tech and polish of Half-Life: Alyx. In the first trailer, viewable below, we can see glimpses of City 17 done up to Alyx’s fidelity, scored by those unmistakable audio cues. “Revisit one of gaming’s most memorable opening sequences, rebuilt for VR,” the description reads. The project is being made in collaboration with Half-Life 2 Remade Assets, meaning all the parts will be accessible to the community for other modders and developers to use.

If you need a refresher, Half-Life 2 opens on G-Man delivering a cryptic monologue as Gordon Freeman rides a train into City 17. Once there, we find the world under the tyrannical of inter-dimensional colonists the Combine, and Freeman joins the resistance efforts. Like the tour of Black Mesa that starts Half-Life, this initial wander through the dystopia of Half-Life 2 sets a striking tone and sense of place, and it tends to be towards the top of the list of fond memories for players. Between the G-Man asking “Is it really that time again?”, and Dr. Wallace Breen’s chilling welcome videos that play through-out City 17, Project Insertion is off on the right foot so far.

Modders have been toiling away on Half-Life: Alyx since it got mod support in May. One brave project is remaking P.T., and another the Nintendo 64 classic Goldeneye.

If you’re not too pushed on modding, speedruns of the VR game make for a good workout. No release date for Project Insertion just yet, but we’re betting it arrives before Half-Life 3.