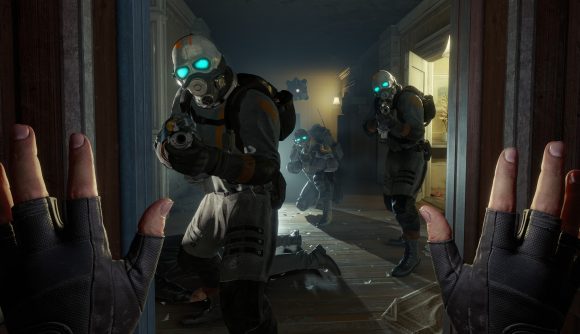 Discounting a game during a pre-order period isn’t unheard of, but it’s a bit of a surprise for Half-Life: Alyx, which is a long-awaited return to the Half-Life universe. The announcement of this return has drawn mixed reactions, since the game isn’t Half-Life 3 and requires a VR headset. That naturally means the potential audience for Alyx is quite a bit smaller than it is for Valve’s other titles, and the company may be slightly nervous about its projected sales.

Of course, if you already own a Valve Index, you’ll be getting a copy of Half-Life: Alyx for free, plus some extra content like explorable environments in SteamVR Home, alternative weapon skins, and Half-Life: Alyx content for Counter-Strike: Global Offensive.

So does Valve lack confidence in Half-Life: Alyx? Of course, there’s no way to know – the company certainly can extrapolate likely sales from the pre-orders its already received, and thanks to the Steam Hardware Survey, it has a fairly complete idea of how many Steam users have VR hardware – as well as how many have PCs capable of running high-end headsets.

Fortunately, Alyx is compatible with all of the major headsets, including the HTC Vive, Oculus Rift, and Windows Mixed Reality devices.