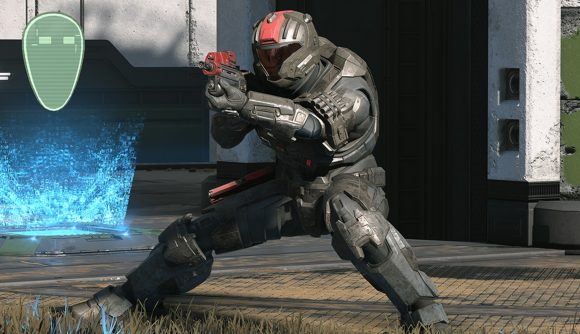 Halo Infinite caused some controversy this week when developer 343 Industries revealed that earning XP and progressing within Infinite’s Battle Pass was entirely tied to the game’s multiplayer Challenges. In a new update, 343 says that this system has “significantly greater depth” than players might expect, but it’s seemingly sticking with quest-only XP for now.

343 surprised a fair few Halo fans earlier this week when it confirmed in a blog post that the Battle Pass for Halo Infinite multiplayer – which will be free to play, remember, and released at the same time as the campaign in December – is having its progression tied to just completing Challenges, unlike similar Battle Passes for games such as Apex Legends or Fortnite where XP is per-match.

Now 343 has released another update on the Battle Pass in a post about feedback from the first Technical Preview beta held over a month ago. Responding to criticism about Challenges and progression, the team says “there is significantly greater depth with the Weekly Challenges than you saw in the Tech Preview.”

According to the post, there will be both Weekly and Daily Challenges that will include the likes of “Play X Number of Games” that will “repeat throughout the day” and “provide a regular XP drop for your Battle Pass just for playing matches and having fun”. The team also confirmed that it has “even more to share here later this month” regarding this system.

Hey Nick – playing and winning matches will be challenges, which will help players progress through the Battle Pass. Even though this means no per-match XP at launch, you're still always progressing through challenges and therefore the BP. We'll update the blog to clarify 👌

The Halo Infinite team is mostly heads-down with bug-blasting between now and December, but the update also strongly hints that another public beta will appear before the game is released on December 8, 2021.