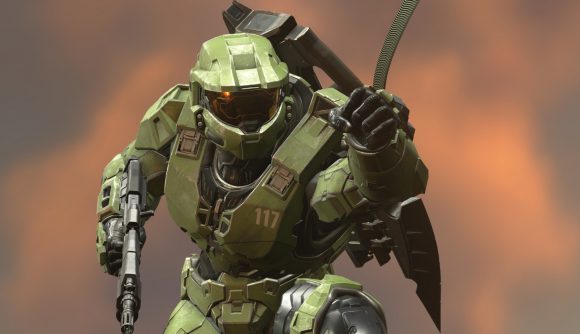 With the Halo Infinite release date still a while away yet, there are plenty of things we still don’t know about the upcoming PC game. But, the team at publisher Xbox Studios has now shared an exciting new nugget of information giving us an idea of how the FPS game’s multiplayer will work: Halo Infinite will have cross-play and cross-progression across the Xbox ecosystem of platforms.

We spoke to World’s Edge studio head Shannon Loftis about Halo Infinite, and Xbox Studios’ PC-related goings-on more widely, who confirmed the news. “I get to announce news about Halo infinite, which is that it supports cross-play and cross-progression between PC and Xbox One and Xbox Series X and S,” Loftis tells us. “So your multiplayer customisation and progress follow you across all of your platforms.”

So far, we knew Halo Infinite would be heading to these various platforms, but confirmation that PC players will be able to tackle the game’s multiplayer with pals who might be based on console – and vice versa – will surely be exciting and welcome news to many.

This is perhaps unsurprising in some ways, however, given Xbox Studios’ increasing commitment to PC and making games playable across as many platforms as it can, where possible. Last year, Xbox head Phil Spencer said that, while “there will be little anomalies every so often and because of relationships and certain developers that want to do certain things, […] my goal is: make games as playable by as many people as possible so that this art form continues to grow”. It’s easy to see how enabling cross-play and cross-progression across platforms fits into this aim.

Loftis similarly tells us about how other games in the Halo series have seen success as a result of their availability across PC, and multiple places on PC. For example, The Master Chief Collection has seen over ten million players since it launched back in late 2019 on Xbox Game Pass for PC and Steam, and “most of those people are new to the franchise”, she explains. “We discovered a whole new cache of Halo fans that we wouldn’t otherwise have gotten to reach if we hadn’t released on Steam, and on Windows, and on Game Pass”.

Halo Infinite is due to launch sometime in fall 2021. You can read more about how Xbox’s plans to continue its “PC gaming journey in 2021 and beyond” in a new blog post on the Xbox Wire site.