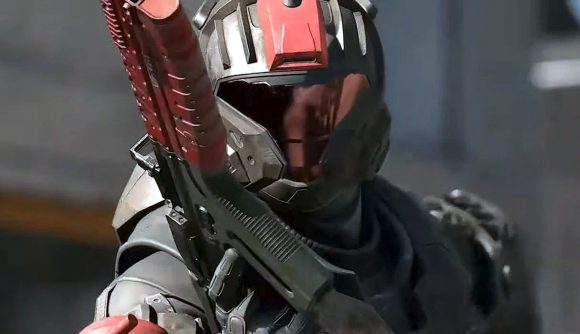 Developer 343 Industries has broadened the scope of this weekend’s upcoming Halo Infinite preview flight, which will now be open to non-Halo Insiders on Xbox and Steam. The multiplayer game preview is set to run October 1 – 3, and more Steam codes should be going out soon.

Halo community director Brian Jarrard says 343 is looking to increase player counts for this weekend’s multiplayer test flight for Halo Infinite. The focus of the flight is on Halo Infinite’s 12v12 Big Team Battle mode, and it’s likely the developer is interested in stress-testing its multiplayer servers and matchmaking capabilities.

Big Team Battle is meant to feel like full-on Spartan warfare, with just about every piece of kit in the Halo toolbox available for use during a match. 343 has said it’s not changing a lot about the popular mode for Infinite, but it’s focused more on making the necessary adjustments to account for increased player counts and new gear that’ll be introduced in Infinite. Senior multiplayer designer Patrick Wren has said that the basic idea is that “you will see awesome moments happening around you” no matter what you’re doing in a BTB match.

For now, if you’re planning on playing Halo Infinite on Steam, Jarrard says to stand by while 343 works out a way to get more Steam-based players invited into the upcoming preview.

We need YOU this weekend! We're looking for even more players for this upcoming #HaloInfinite multiplayer preview. Note for Steam players – stand by, we are also working on a way to hopefully get more of you in as well. More details when we have 'em. https://t.co/Pd0W96jxGL

Keep an eye on your email inbox for an invite, and be sure to check Halo Waypoint as well.

The Halo Infinite release date is set for December 3.