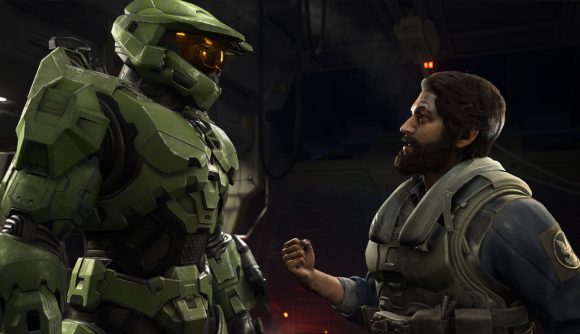 Halo Infinite was supposed to launch last year alongside the Xbox Series X, but after a broadly negative reception to the game’s first appearance, it was delayed. Developer 343 Industries is now committed to an autumn 2021 Halo Infinite release date, but there’s still a lot we don’t know about the game. That’s set to change soon, as the devs plan to bring us monthly updates leading up to release.

“We’re committed to at least monthly high level updates and the next ‘Inside Infinite’ is coming out this week,” community director Brian Jarrard says on Reddit. “This month we’re talking with members of the sandbox team to share some insights into their vision for Halo Infinite and the work they’re doing. To manage expectations, this won’t have world premier big screenshots or huge things like a date announce, but our goal is to offer our community more context and insights into our team and the game we’re making while we’re all awaiting the larger beats and full marketing machine later this year.”

The devs have already said they plan to be “more communicative” in the new year, and it looks like this week’s update will be the start of that effort.

Halo Infinite will be the first title in the main Halo series to launch simultaneously across console and PC (including Steam).

For more upcoming PC games or FPS games, you can follow those links.