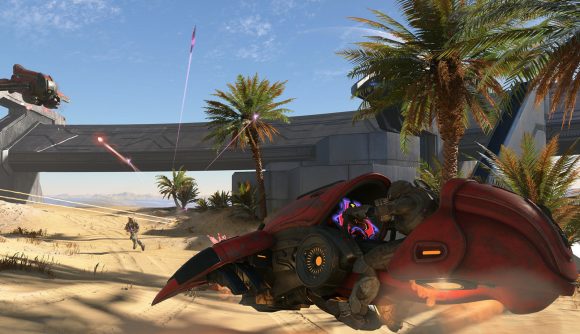 In celebration of Halo’s 20th anniversary, Microsoft has released a free-to-play open beta of the latest Halo’s multiplayer mode: now available on Xbox Game Pass and Steam. Thankfully, the Halo Infinite system requirements don’t as for too powerful of a gaming PC to get stuck into the game, which is understandable given that it’s also available on the now eight-year-old Xbox One console.

Despite the game being a cross-gen release, developer 343 Industries has made sure that Halo Infinite’s visuals aren’t held back by legacy hardware. However, this means that moving between different Halo Infinite system requirements requires a sizeable difference in hardware when it comes to your CPU and GPU, particularly when moving from Low to Medium.

Halo Infinite has a decidedly lighter footprint compared to many other FPS games released in recent months (we’re looking at you, Battlefield 2042 and Far Cry 6), and only requires a modest 50GB of space to install on your storage solution of choice – and just over 26GB if you just want to play the multiplayer beta.

As Halo Infinite is currently in an open beta stage of development, it’s unclear whether the system requirements will change prior to the official Halo Infinite release date, when the game’s campaign drops.

Regardless, the game is already proving to be a smash hit and is now Xbox Game Studios’ biggest launch on Steam, boasting a peak player count of over 270,000 on Valve’s platform at the time of writing. It remains to be seen just how many of those players are willing to spend $20 USD on skins in the game’s store, however.

Take the Halo Infinite system requirements test over at PCGameBenchmark and answer the question… Can I run Halo Infinite?