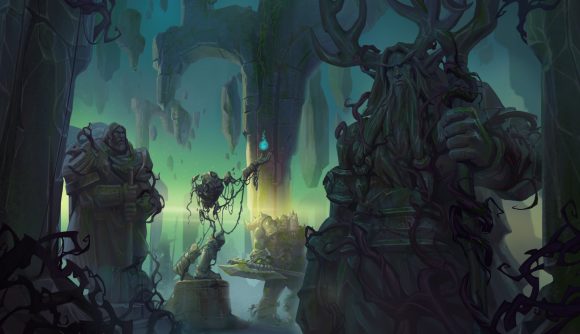 Hearthstone card reveal time! That’s right, it’s time to see one of the cards coming to Hearthstone in the upcoming expansion Ashes of Outland. The expansion focuses on the hellish world of the Outlands, home to some very unfriendly faces – the demons especially.

It’s not yet clear what we’re going to be seeing in the solo adventure portion of the expansion, but right now it’s all about new cards, and a new class. We’re going to be saying hello to the new hero, Demon Hunter Illidan Stormrage and his posse of demonic mates – and we’ve got one to share with you already.

Everyone say hello and offer a warm welcome to Mo’arg Artificer. The two-mana neutral card has two attack and four health, and if you hadn’t guessed by now, he’s in the Demon tribe. When played, “All minions take double damage from spells” so no wonder it’s Epic rarity. We don’t yet know, however, if this effect stacks.

Take a look at their grisly face here, but don’t get too close, I’m sure that drill is sharp. 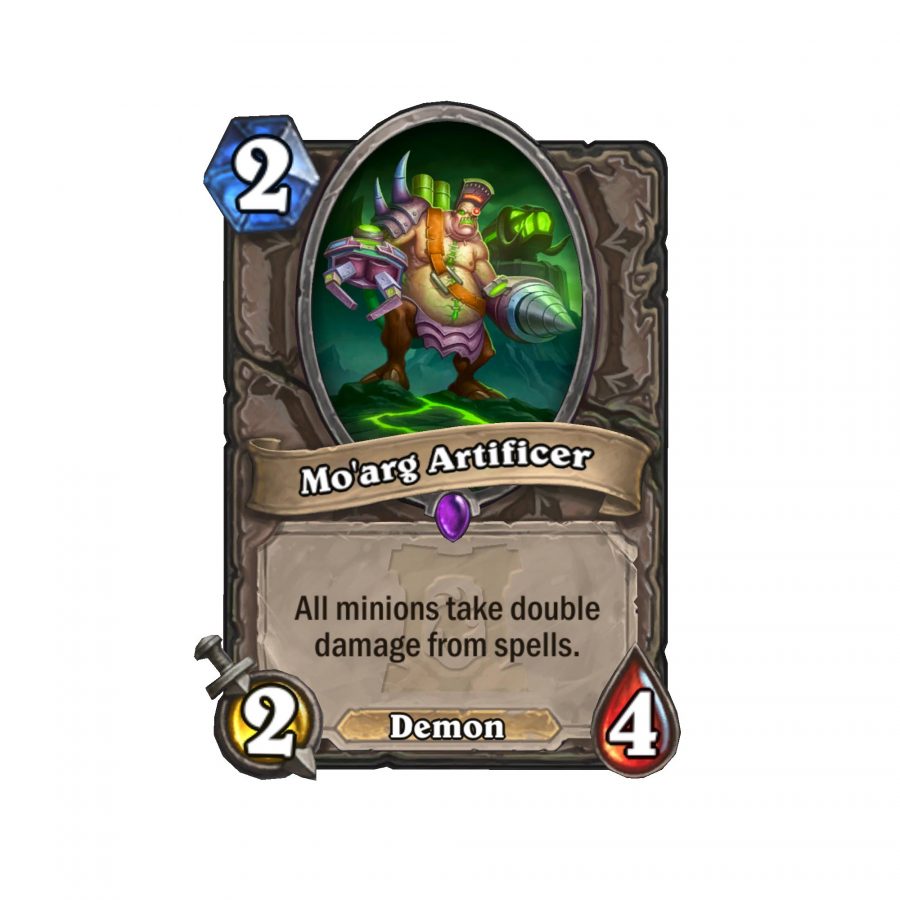 Here’s how Blizzard describes the card: “The Mo’arg Artificer is a machinist of the Legion, left behind in Outland. Now, he’ll amplify the power of any spells thrown at the board; friend or foe alike. You could use him much the way you use a Spell Damage minion, turning a 4-damage Flamestrike into a massive 8-damage boardclear. Or perhaps use him as a tempo 2-mana 2/4, that’s weak to spells.”