Looking for every Hitman 3 safe code? There’s nothing worse than infiltrating a stronghold to assassinate a target, only to falter and get caught whilst fumbling around to find the access code to a door or safe.

Missions only have a handful of codes at most, and those codes can be used across multiple doors or safes in that level. However, a couple of missions have codes that you need to work out from cryptic clues hidden in the level, from deciphering symbols and working out specific years, to solving mathematical riddles about wedding anniversaries.

For a busy assassin on a mission, you may not have time to solve puzzles. So here are all of the Hitman 3 safe codes and keypad codes that you will need to unlock every door. We’ve given you directions to find the codes to help you work them out for yourself too. Why not also check out the Hitman 3 shortcuts guide to unlock all 15 of shortcuts and nab the shortcut killer achievement.

To find Alexa Carlisle’s safe in the Hitman 3 Dartmoor mission, push the button on the arm of Alexa’s chair at her desk in her office found on Level 2. This will move a painting of a dog to the side, revealing the safe. The symbols above it are clues to the code, so link the symbols with items in the room to unlock it. In case you don’t want to work it out, the code is 1975.

To progress safely in the Hitman 3 Dubai mission, you’ll need the code for both doors to access the staff area. One of the doors is behind a bar on level 0, while the other is by the corner close to some stairs heading to level 1. Finding the code is as easy as reading the meeting room’s whiteboard giving you the code 4706, and both doors share the same code.

Speaking of keypads that share the same code, the two security rooms are found on level 3, and towards the right side of the map on level 2. The level 3 security room has the code 6927, that can access both safes containing VIP Evacuation Protocols.

To get to the guest bedroom, steal the key a penthouse staff member is carrying in the storage room on level 4. Head to the penthouse area and use the key to get in. If you didn’t pick it up you can just use a crowbar or lockpick to open the door. Once inside, there is a safe in the corner. The code to unlock it is attached to the computer, which is 7465. 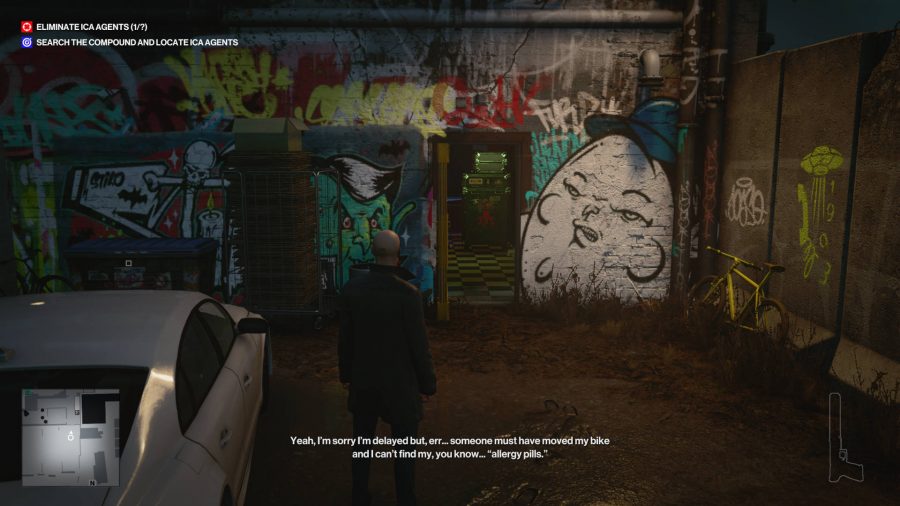 Just one safe to find in the Hitman 3 Berlin mission, but it’s quite a tricky one to find unless you’re specifically looking for it. Head to level -2, the lowest level of the club that’s beside the building with the bikers, and you’ll find the office. To get into the room, either use a disguise to enter, or slide down the pipe in the corridor on level -1 that links the club to the biker’s building. The code is the year that the Berlin Wall fell, which is 1989.

Yes, the security is that bad in the Hitman 3 Chongqing mission that, despite having the most keypads, the enemies only ever use two keycodes for all of their doors. Whenever you’re near either the ICA, or the laundromat and you see a keypad, use 0118. For any other door, use 2552.

The ICA apartment is accessed by dropping down from the roof and climbing in the window, but you can learn the ICA codes by listening to the answering machine. For the ICA facility, you can head to the side of the restaurant and into the building that’s disguised as a set of freight containers. An employee is pacing outside and will say the code loudly before entering. While nobody is around to remind you, the same code works for the door at the back of the laundromat.

As for the second code, read the whiteboard through the window on the balcony on level 5 just before the keypad code. This is Hush’s private lab. This same code will get you beyond the benchmark lab on level 4 (close to the stairs in the corner), the base of Hush’s building at level 0 that links the arcade to the upper floors, and the hatch in the courtyard on level 0 tucked between some orange and blue crates. 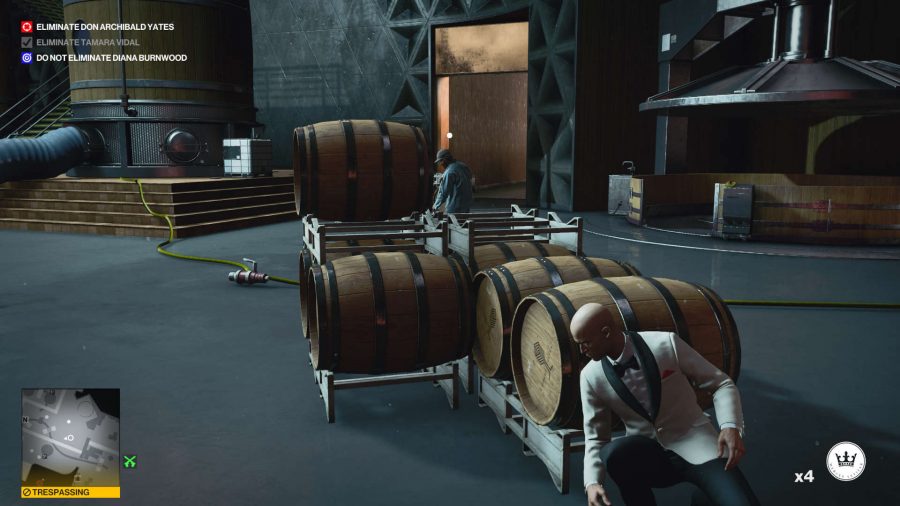 Just two codes for the Hitman 3 Mendoza mission, but these ones take some investigation. The first is on level 1 and will disable the lasers by the fridge. The note by the door says “it’s a vintage year” and you can overhear some staff members discussing the last year of the second world war. Of course, the wine they’re describing is the 1945 Grand Paladin, so the code is 1945.

Probably the hardest safe to unlock is the villa basement safe on level 3. This is because you need to overhear a conversation between two guards outside of the villa. They will say that the code is the year that Don Archibald Yates and his wife got married. That information on its own won’t do much, but combined with the calendar in the villa office on level 5, you can see an entry stating the couple’s crystal anniversary is in April, 2021.

Just the one code for the Hitman 3 Carpathian Mountains mission, the final one in the game, and it’s right at the very start. Just look at the big poster next to it to find the code, which is 1979.