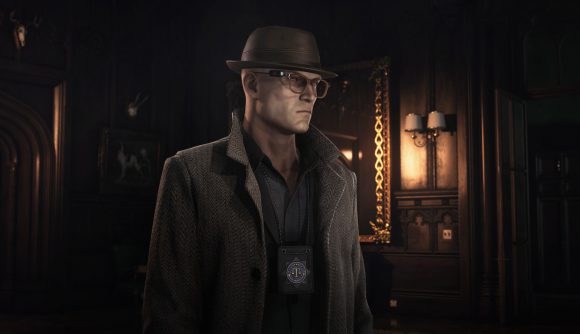 Hitman 3 year two is officially here, which means a massive update has been deployed for the open-world game about tracking down and snuffing the world’s greasiest entrepreneurs. The update, as we’ve reported, includes full VR support for every PC version of the game, as well as a new game mode and a raft of bug fixes.

Hitman 3 in VR supports every World of Assassination level, including all of the settings from both Hitman and Hitman 2. I/O Interactive says that if you have access to a level in Hitman 3, you can now play it in VR on PC – it’s that simple. That’ll work regardless of the version you’re playing – the original Epic Games Store version, the newly launched Steam version, or the Hitman Trilogy edition available on Game Pass and the Microsoft Store.

There’s a new game mode as well, called Elusive Target Arcade. Today, January 20, three new arcade contracts are available in Hitman 3, each one corresponding to one of the three World of Assassination games. Each contract includes three missions, and if you succeed in them all, you’ll be able to reset and play it again. Otherwise, you’ll be locked out for 12 hours. All in all, you’ll be able to try 11 past elusive target missions in this initial batch.

The patch also includes some welcome bug fixes and level tweaks. I/O Interactive says stability should be improved, and that it’s added support for achievements to the Epic Games Store version. There’s better ‘target down’ barks from NPCs, some overly strong lens flare has been toned down, and NPCs you chuck down an elevator shaft in Dubai will now be killed rather than merely pacified. It’s a long drop.

You can read the full patch notes on the official site. The new semi-roguelike ‘freelancer’ mode is expected sometime this spring.