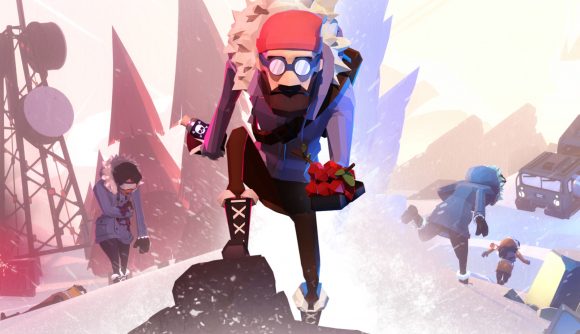 Xbox Game Pass on PC has quietly become one of the best ways to play games on PC – its monthly subscription is a relatively small price to pay for an expanding library of games. This month, Game Pass will be adding several new titles to its PC offerings, although you won’t see much in the way of recent blockbusters.

Today, the devs behind Project Winter have announced that it’ll hit Game pass for both PC and console – with cross-play – on January 26. If you’ve played games like Among Us (which also recently hit Game Pass), you know the drill. A group of players is trying to escape a deadly situation, and some members of the party are secretly trying to sabotage the effort and murder everyone else. Project Winter first launched in 2019, way ahead of the Among Us resurgence, and enjoys a big number of positive reviews on Steam.

At the top of the previously-announced heap is Injustice 2, the DC Comics-based fighting game that pits the likes of Gorilla Grodd against the Teenage Mutant Ninja Turtles. It arrives today, and it’s the game that saw Dominique ‘SonicFox’ McLean defeat Curtis ‘Rewind’ McCall in 2018’s Pro Series tournament, only to donate a quarter of his prize money to McCall’s father, who was recovering from surgery at the time.

Starting January 14, subscribers will be able to play What Remains of Edith Finch, Annapurna’s poignant and funny adventure game that’s stitched together from discoverable vignettes about a family that lives in a profoundly strange and ramshackle house. As Edith, you’ll have to figure out what happened to the rest of your family and why, and it’s a journey that will take you to some pretty intense emotional places. It was one of our best games of 2017.

For PC, the rest of January’s Game Pass titles are lesser-known indies – January 14 will also see YIIK: A Postmodern RPG, and Neoverse, a roguelike deckbuilder that features anime-style 3D battles.

Leaving the PC library this month are FTL: Faster than Light and My Friend Pedro, both of which will be removed from Game Pass for PC on January 15.

If you’re not already a subscriber, you can sign up for Game Pass for an introductory price of $1.00 for your first month over on the Microsoft Store. There are plenty of games on there to make it worth a look.