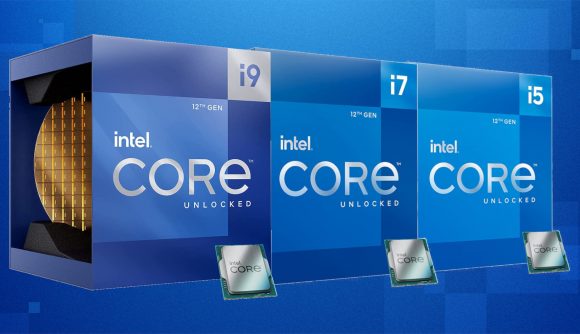 Intel is set to reveal its upcoming 12th generation gaming CPU lineup this week at Intel Innovation, built on its new hybrid microarchitecture Alder Lake. Despite the imminent nature of the event, leakers haven’t stopped sharing information on team blue’s new chips and have given us some indication of the Core i5-12600K’s level of performance. Suffice to say, AMD may have a real challenge on its hands.

Twitter users 9550pro and TUM-APISAK, as highlighted by Wccftech, have shared performance metrics from CPU-Z benchmarks. The i5 scored 746 and 6,563 points in single-threaded and multi-threaded tests, respectively. Compared to the Ryzen 5 5600X, its presumed main competitor, it outperforms the AMD chip by as much as 50% and is also faster than the Ryzen 7 5800X.

As with all leaks, we’ll have to wait until we get our hands on the new Intel CPU before we can come to any clear conclusions on how it fares versus team red’s offerings. It’s looking increasingly likely, however, that marrying your gaming PC with an Alder Lake chip could be a great option.

Fantastic as these numbers are, CPU-Z is a synthetic benchmark, and it’s hard to extrapolate how this will translate into real-world performance. To make matters worse, there have been troubling reports surrounding Alder Lake’s compactibility with older games, and potential problems with existing cooling solutions despite manufacturer upgrade programs.

Alder Lake’s performance may be of little consequence if rumours of its high price point and power draw are to be believed. The flagship Core i9-12900K’s price tag allegedly reaches close to an Nvidia RTX 3090 graphics card, while its power draw of 330W might cause further harm to your bank account through its contribution to your now even higher electricity bill.