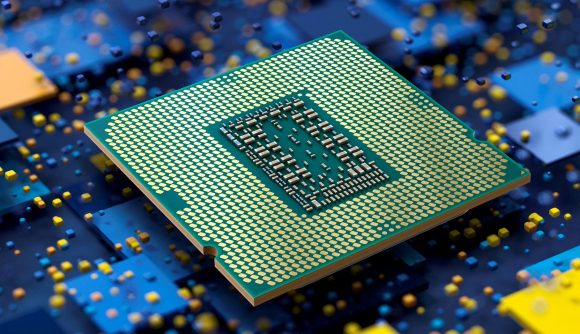 Just a few weeks ago, an Amazon UK listing suggested that Intel’s top line Alder Lake could cost almost as much as a gaming PC. Thanks to a fresh retail leak, we have a price tag for Intel’s flagship gaming CPU, and while its price isn’t quite as high as before, it comes close to the price of an Nvidia RTX 3080 graphics card.

According to a Microcenter listing spotted by Momomo_us, the i9-12900K will retail for $669.99, while its i7-12700K CPU sibling is priced at $549.99. Both Alder Lake chips are more expensive than Intel’s Rocket Lake was at launch, with the i9 model costing almost as much as an RTX 3080 and more than our best cheap gaming PC build. Naturally, a rig armed with Intel’s top tier processor could run rings around a $600 machine, but the fact you can get a full PC for less than the blue team’s upcoming flagship CPU puts things into perspective.

The listing also confirms previous spec leaks for the i9-12900K, which state the chip has 16 cores and a boost clock of 5.2 GHz. As this is also an enthusiast-grade model, the package comes without a heatsink fan, so if you’re planning on picking up this pricey processor, you’ll need to factor in additional CPU cooler costs. If you’re planning on overclocking, you might even need to invest in an AIO water cooler, as it requires 330W of power.

It’s worth noting that Intel hasn’t released any official pricing lists for its Alder Lake lineup, so you should probably take this latest leak the usual grain of salt. That said, if the listing is based on the truth, building the best gaming PC could become more expensive than ever, especially since other components like graphics cards could cost 70% more than MSRP.

Intel is set to announce its 12th generation of processors October 27, and preorders should also be live on that date too. As the Microcentre listing suggests, orders for the new chip should ship November 4, so we won’t get to see what this shiny new CPU can do first-hand until then.