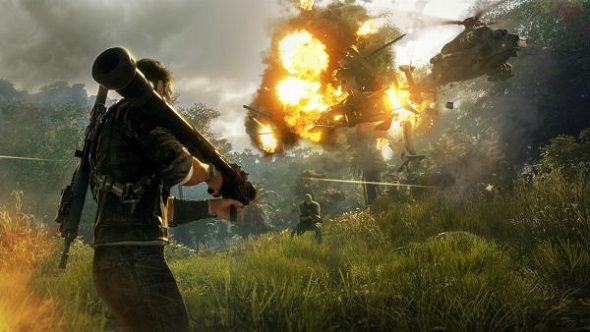 LeakFest 2018 shows no sign of slowing down, with Just Cause 4 screenshots appearing on a German gaming site’s servers. The shots show series protagonist Rico Rodriguez mostly involved in typically Just Cause activities, this time set in a mountain rainforest.

Explosions, a wingsuit, and motorcycles all feature in the shots, which look more like promotional images than actual gameplay. There are a couple of new details, however, that hint at new gameplay elements that will probably feature in Just Cause 4.

Gematsu unearthed the screenshots on German games site GamePro.de, which is where they had also discovered screenshots of Assassin’s Creed Odyssey.

Just Cause 3 is on our list of the best sandbox games on PC.

Just Cause has always been about causing chaos, generally by means of blowing stuff up, and these Just Cause 4 images make it clear that this tradition will continue. One image shows Rico on a motorcycle, narrowly escaping as a fighter jet blows up a bridge behind him. In another, Rico is shooting down a helicopter with a shoulder-fired rocket launcher. So far, so Just Cause.

However, we also see what looks like an enemy soldier wearing an armored exo-suit of some kind, and holding a weapon that appears to be powered by electricity or other energy. But more interestingly, tornadoes appear in two of the images, suggesting natural disasters will figure into Just Cause 4. Rico may be a deft hand with the C4, but even he can’t really compete with the destructive power of Acts of God. 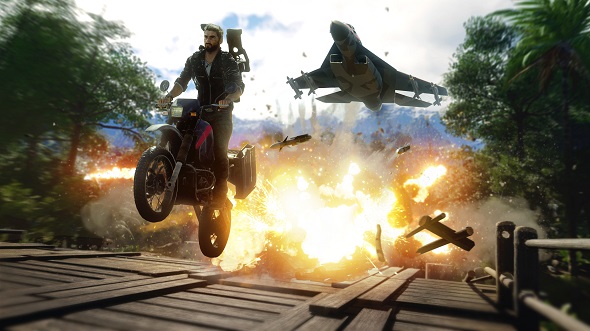 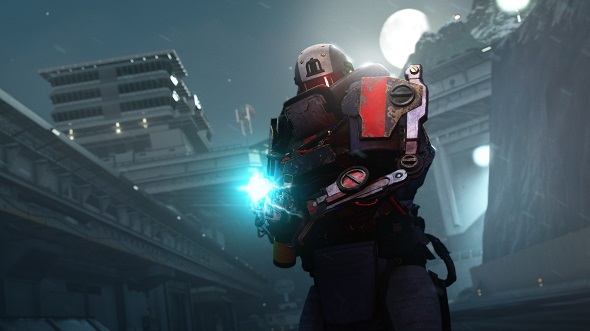 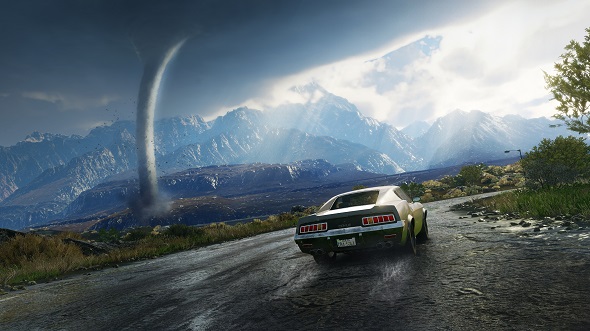 We’d already gotten a peek at Just Cause 4 Friday, when the game briefly appeared on Steam, apparently by accident. These new screenshots don’t tell us much we could have guessed already, beyond providing more evidence that weather will figure prominently into the game. But you can check out ourdedicated page for everything we know about Just Cause 4.

You can check out the rest of the images at Gematsu.

For the full schedule of E3 press events, check out our E3 hub page, which we’re updating with all the latest news straight from the show floor.Square Enix will likely be showing off more of Just Cause 4 during its E3 showcase tomorrow, which is scheduled for 10:00 PDT.