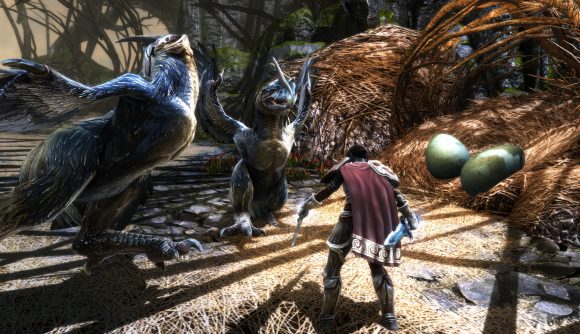 Kingdoms of Amalur: Re-Reckoning has a definite release date: the remake of the 2012 RPG will launch September 8 on all platforms, including PC via Steam. Publisher THQ Nordic, which acquired the rights to Kingdom of Amalur in 2018, has announced a collector’s edition as well as expansion content planned for next year.

A quick recap on what Kingdoms of Amalur: Re-Reckoning actually is may be in order. It’s an action-heavy roleplaying game based on a 2012 RPG by 38 Studios. That studio was named for founder Curt Schilling, who wore the number 38 on his jersey during his stint as a Major League Baseball pitcher with the Boston Red Sox. While Kingdoms of Amalur received positive reviews, it was completely overwhelmed by the launch of Skyrim a few months prior, and 38 Studios went bankrupt and wound up owing some $75 million to the state of Rhode Island, where it had set up in order to take advantage of the state’s Economic Development Corporation’s loan program.

When the studio filed for bankruptcy, years of investigations and civil litigation followed, and for some time it seemed as though Kingdoms of Amalur would simply fade away into unending legal battles and cultural obscurity. But THQ Nordic acquired the rights to the game in 2018, and will be bringing a remastered version to market in just a couple short months. 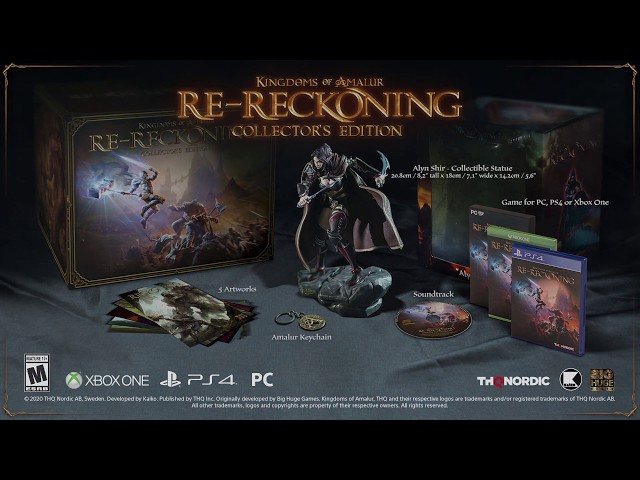 It’s one of the bigger RPG games, particularly for its time, and was notable for the freedom it gave players in choosing their path through its maze of political themes, romantic subplots, and fantasy spectacle.There are tonnes of ways to customise your character, with dozens of skills that allow you to weave magic and melee together to best suit your style.

THQ Nordic has also announced a collector’s edition, which will retail for $109.99 USD / £99.99 / €109.99. That includes a detailed figurine of Alyn Shir that stands 20.8 cm high, a custom keychain, five pieces of original game art, Grant Kirkhope’s soundtrack, and a special collector’s edition box.

Additionally, a ‘Fate Edition’ is also available for pre-order, which includes a newly-announced expansion. Titled Fatesworn, that expansion is due to arrive sometime in 2021.