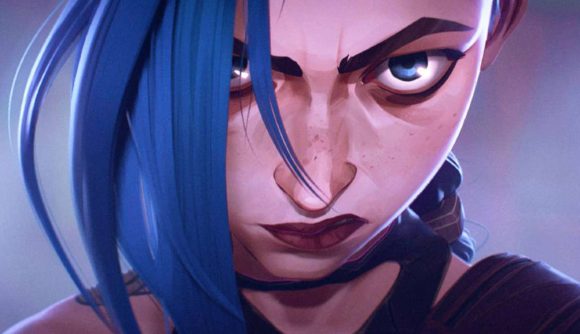 The first League of Legends animated series, Arcane, has finally launched on Netflix after being announced over two years ago. While only the first three episodes are out fans and critics alike appear to be in love with the show, and it currently sits on a near-perfect score on Rotten Tomatoes.

League of Legends: Arcane is dropping in three “acts” over the course of November, with the first three episodes out now on Netflix and the following six episodes hitting over the course of the next two weeks. This is a big deal for developer Riot Games, which has been arranging various cross-game celebrations – even going so far as to partner with a beauty outlet.

The publisher must be relieved, then, because the initial reviews from fans and critics alike regarding Arcane’s first episodes have been universally praiseworthy. This thread on Reddit commending the episodes has 10.8k upvotes and over a thousand comments at the time of writing, with the initial commenter calling it “truly ground-breaking”.

As for critics, they’ve been massively complimentary too, with Polygon calling it “a beautiful and entertaining show that both adds to the world that long-time League of Legends fans love, without leaving newcomers too far behind”. Arcane currently has a near-perfect score on Rotten Tomatoes, with 100% from critics and 98% from the audience.

Here are all the reviews currently available, and it’s a very positive start for Arcane:

The next three episodes of Arcane will drop on November 13 with the final three hitting Netflix a week later on November 20. Until then, there are various celebrations going on including Arcane skins to be earned in League of Legends itself to Jinx being made available in Fortnite.