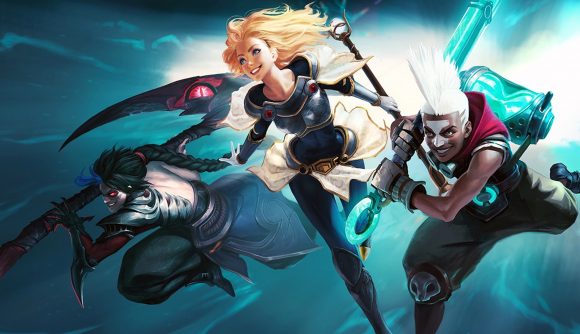 It looks like Riot Games is planning a League of Legends combat nerf, as the team plans to “slow the pace” of the MOBA game as it has recently “overcorrected towards damage”. Riot will reveal the changes it plans to make over the next few weeks in an upcoming patch.

While League of Legends update 12.8 has just gone live, the first details on the LoL patch 12.9 released today on the PBE reveal several decreases in the damage output of multiple League champions. Riot Games is apparently not stopping there, as developer RiotAxes on Reddit responded to fan concerns by confirming that the team will talk about “upcoming changes intended to slow the pace of combat down within the next few weeks”.

In a follow-up comment, RiotAxes believes that “League of Legends is best when it is, on average, fast-paced and exciting” – hence all the changes towards decreasing ‘time to kill’ – but admits Riot has “overcorrected towards damage, which is hitting away at clarity and skill expression”.

Some players do have concerns that certain ‘glass cannon’ builds might be affected negatively by these changes. RiotAxes agrees these characters need to be able to function correctly, and admits there is “definitely risk” that certain champions might get weaker. “There’ll be balance instability,” RiotAxes adds, “but I’m optimistic that we’ll land it effectively and pretty quickly.”

He shared a little more pic.twitter.com/Jqlnfq8bLb

Elsewhere in League of Legends, there is apparently “no guarantee” that the planned MMO will ship.