Another Wednesday, another League of Legends patch full of new champion skins, balance changes, and other goodies for Riot Games’ flagship MOBA game. League of Legends patch 11.9 has rolled out to live, ushering in those new DWG and Conqueror skins and a whole bunch of champion changes – so, now it’s time to see what’s headed League’s way with update 11.10.

First up, we’ve got some new Arcana skins on the way this patch, which you might have seen a glimpse of on League’s social media channels. Four lucky champs are getting Arcana styles for 11.10 – Camille, Lucian, Tahm Kench, and Xerath – so good news if you’re a main for any of these. They’re pretty striking, with rich gold, red, and gold tones across the board, and a mystical aesthetic that gives the champions a whole new vibe. You can check these out in the champion skins section in the notes below.

As for balance changes, there are now tweaks for champions like Bard, Darius, Galio, Jinx, Kennen, Lux, Kayle, Yuumi, Tal- well, a whole bunch – on the testing grounds. But, we may see these change, and perhaps even more arrive, while this patch’s testing is up, so keep checking back on these notes.

We’ve also got some updates for “a handful of champions” this patch, giving their animations a dash of new tech, which you can see in the miscellaneous section below, as well as an update for “everyone’s favourite void puppy, Kog’Maw” coming up in 11.10. You can also find out about this in the relevant section below.

Now, without further ado, here are the tentative League of Legends patch 11.10 notes based on what’s up for testing on the PBE right now (cheers, Surrenderat20!):

According to the League of Legends 2021 patch schedule, League of Legends patch 11.10 is due to go live on Wednesday, May 12, 2021. Maintenance times haven’t yet been confirmed, but usually begin at 3am PT for NA servers, 5am UK time for EUW servers, and 3am CET for EUNE servers, and last for approximately three hours. We’ll post the exact times here when Riot confirms them closer to launch. 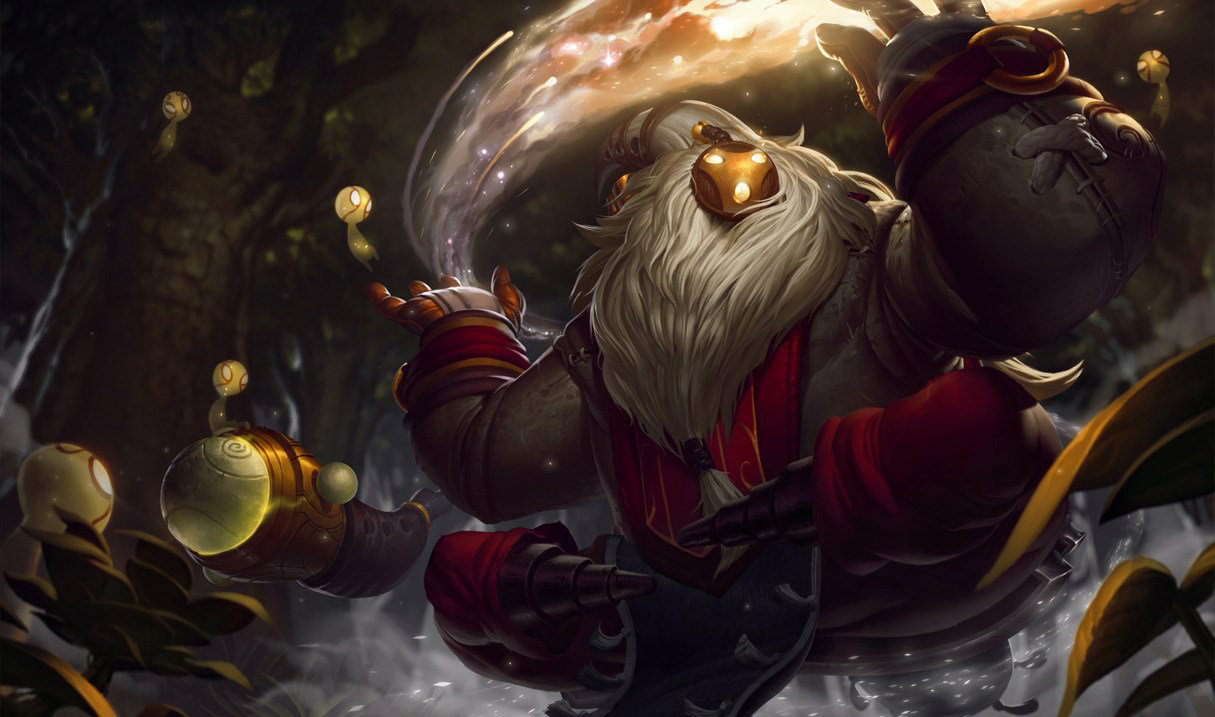 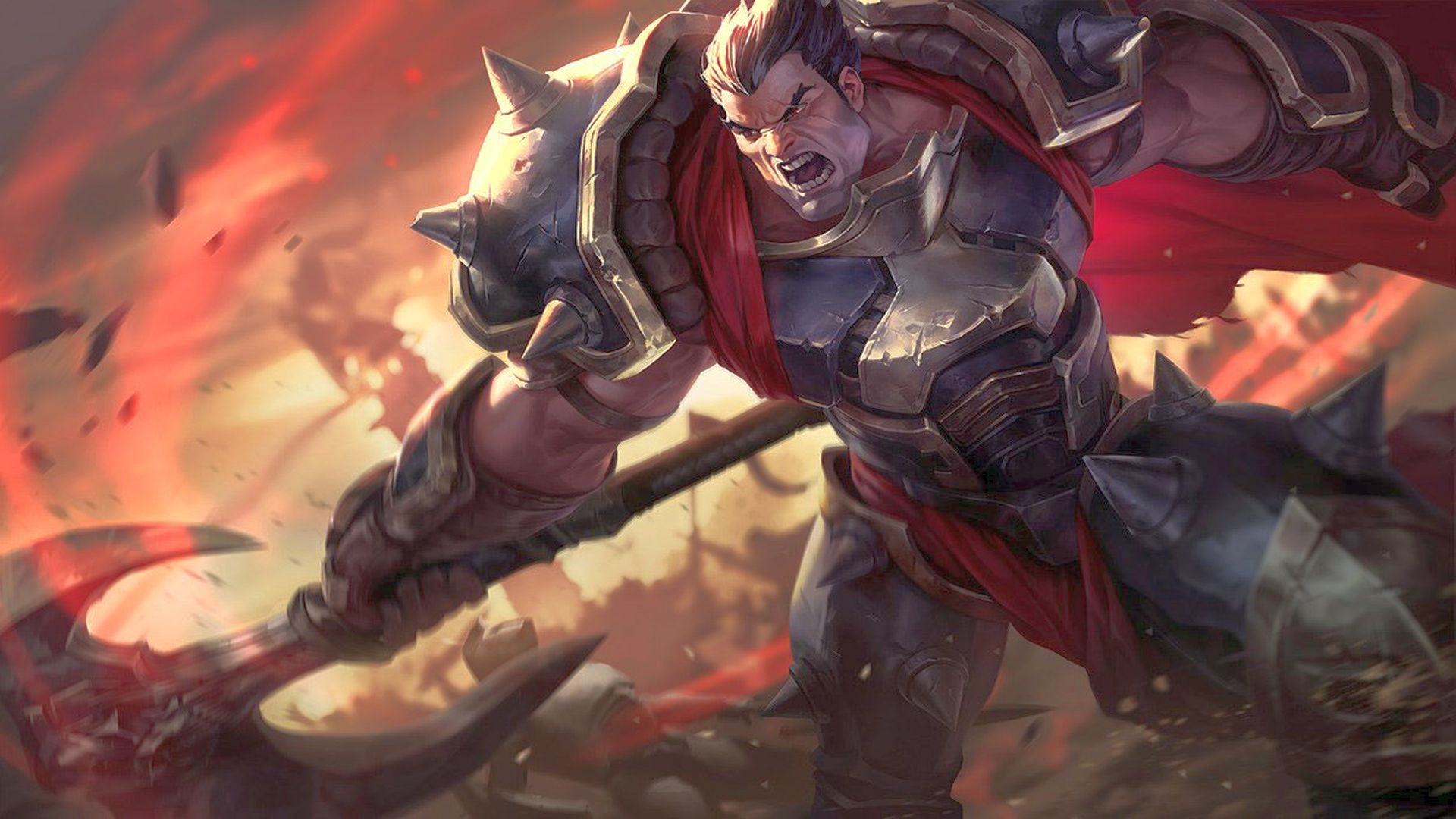 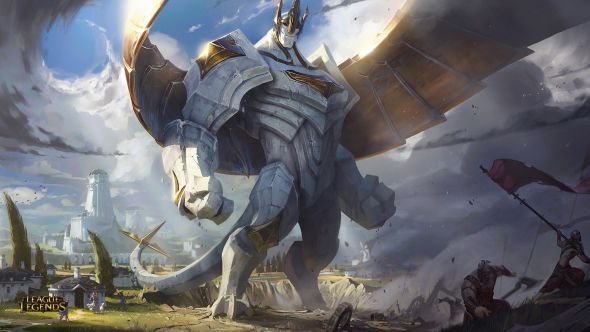 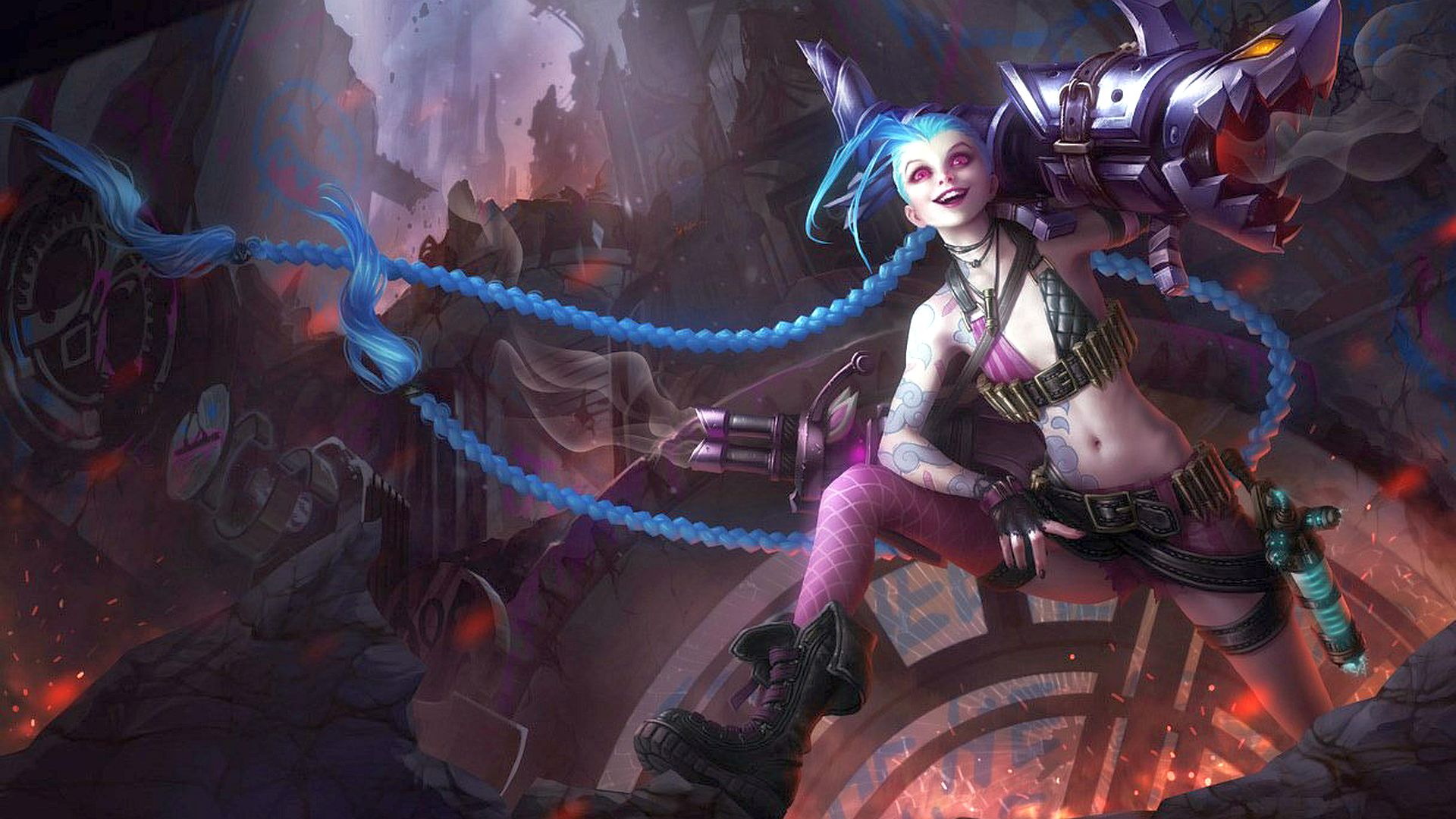 Stats:
Base armour decreased to 26 from 28 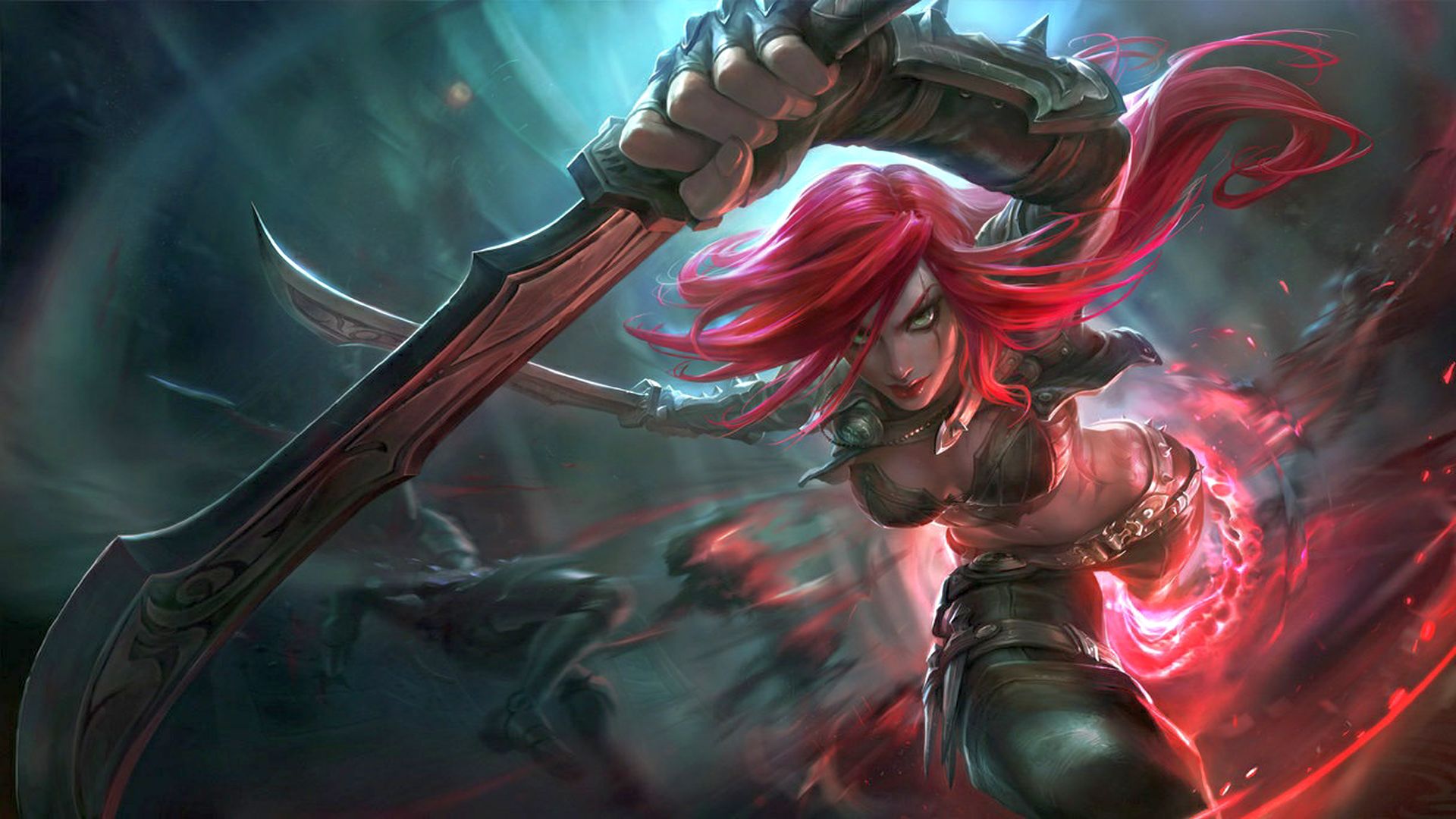 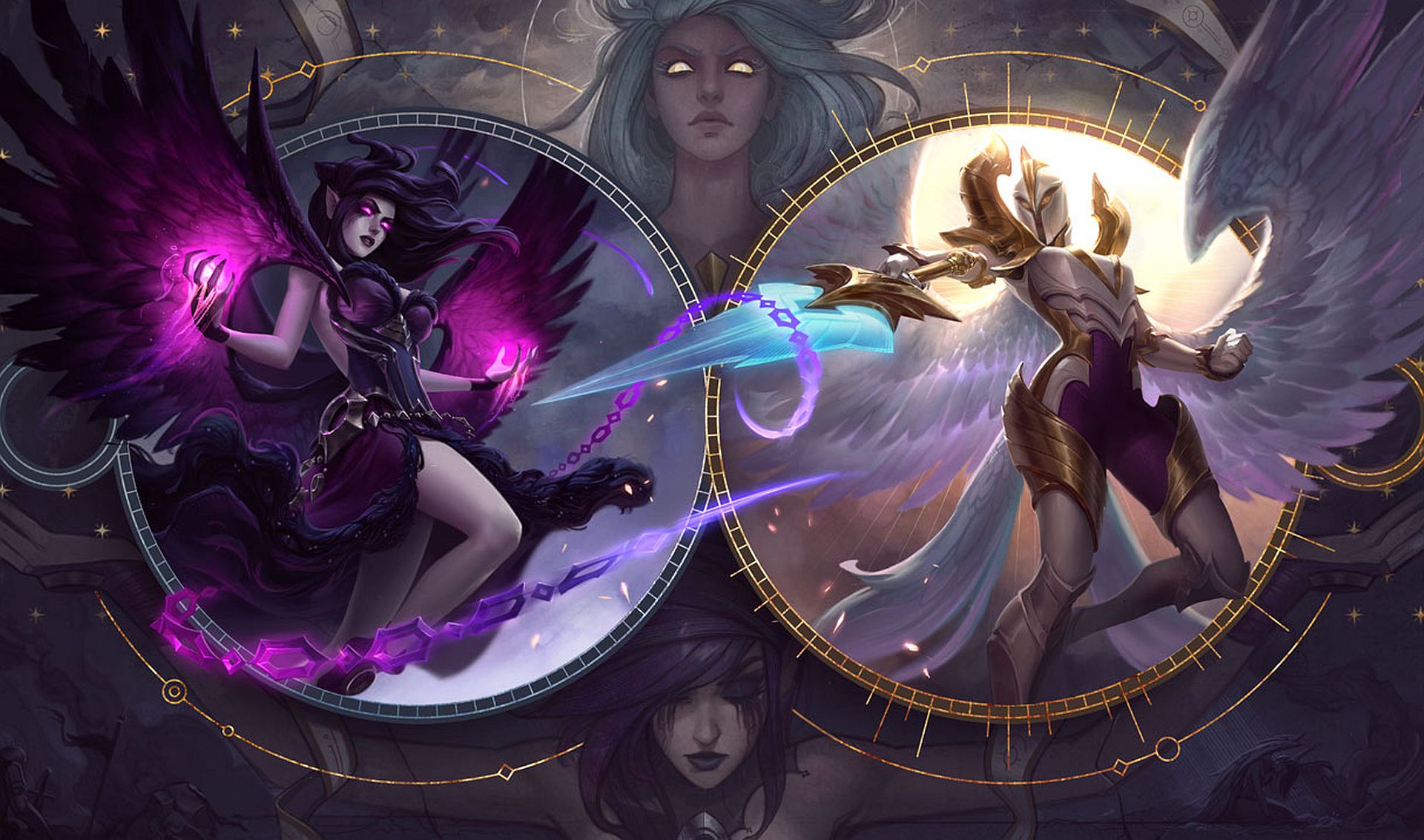 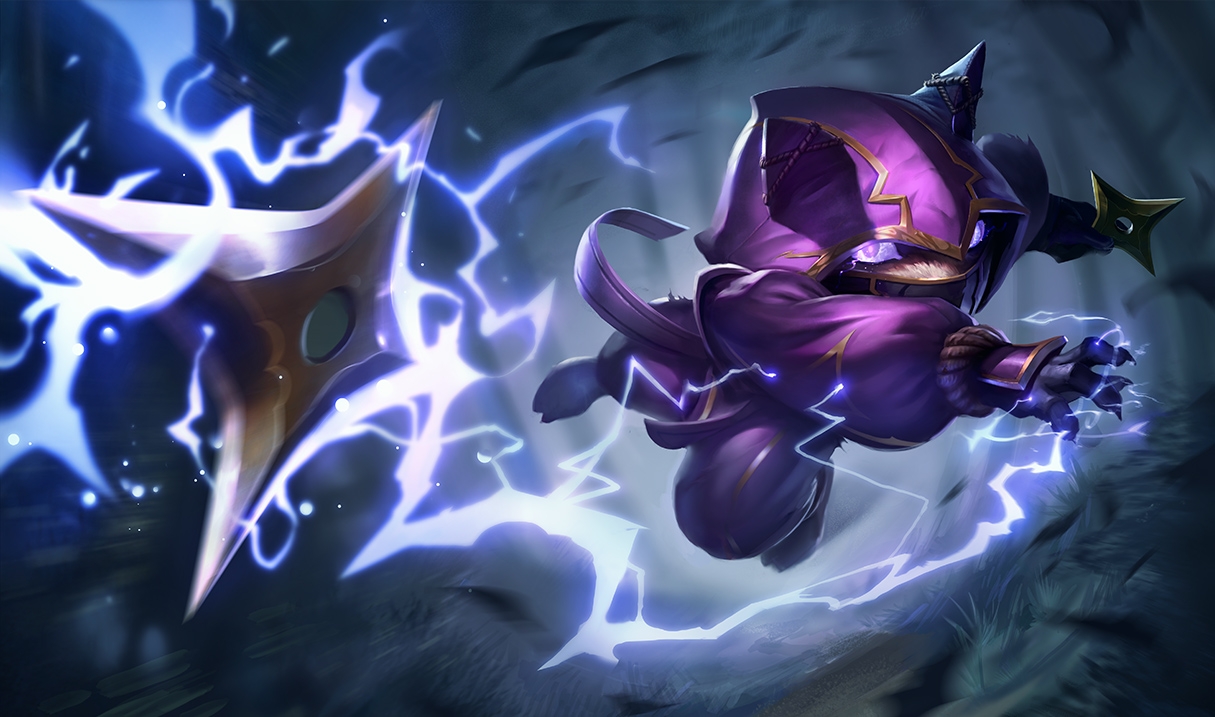 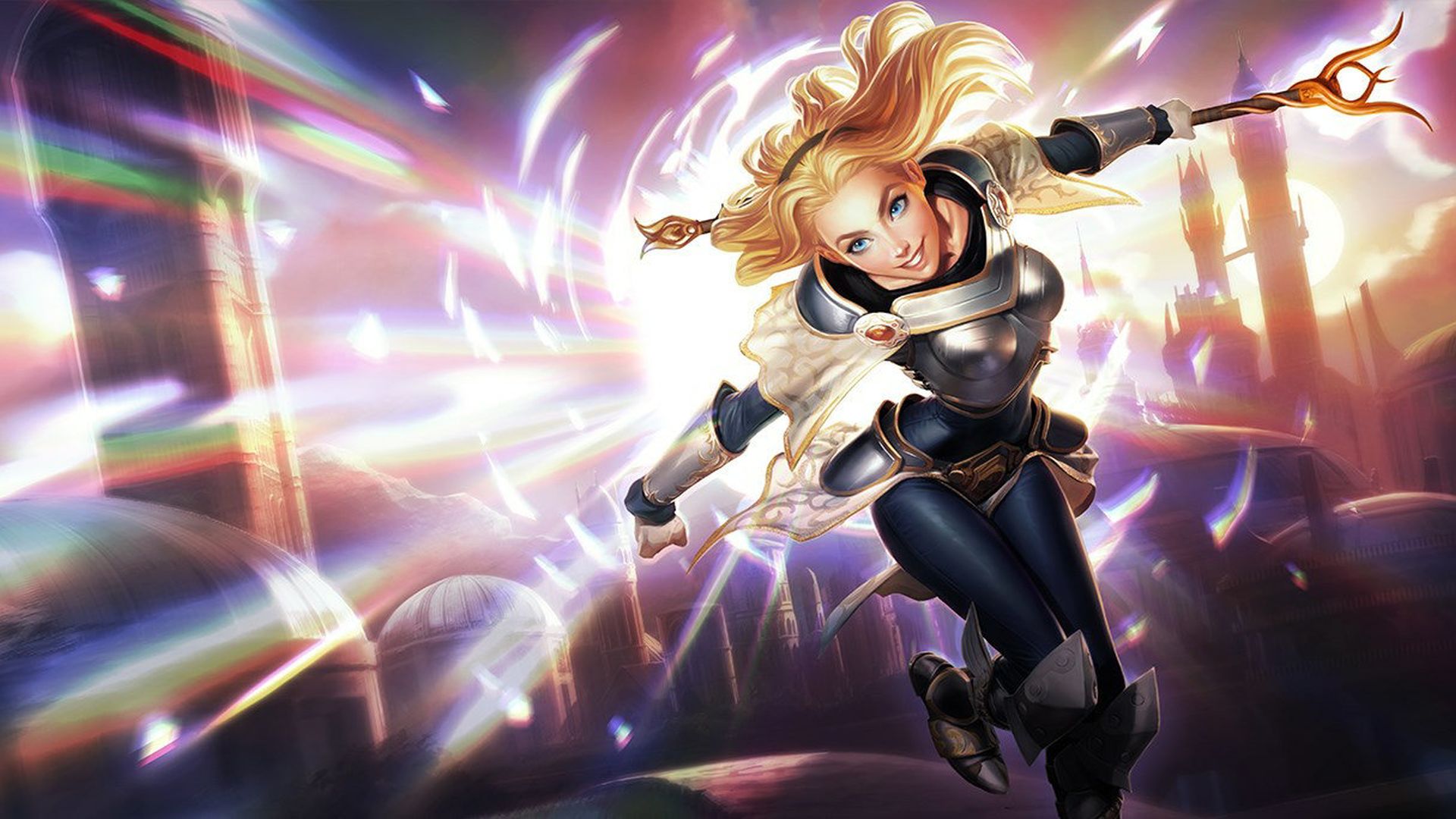 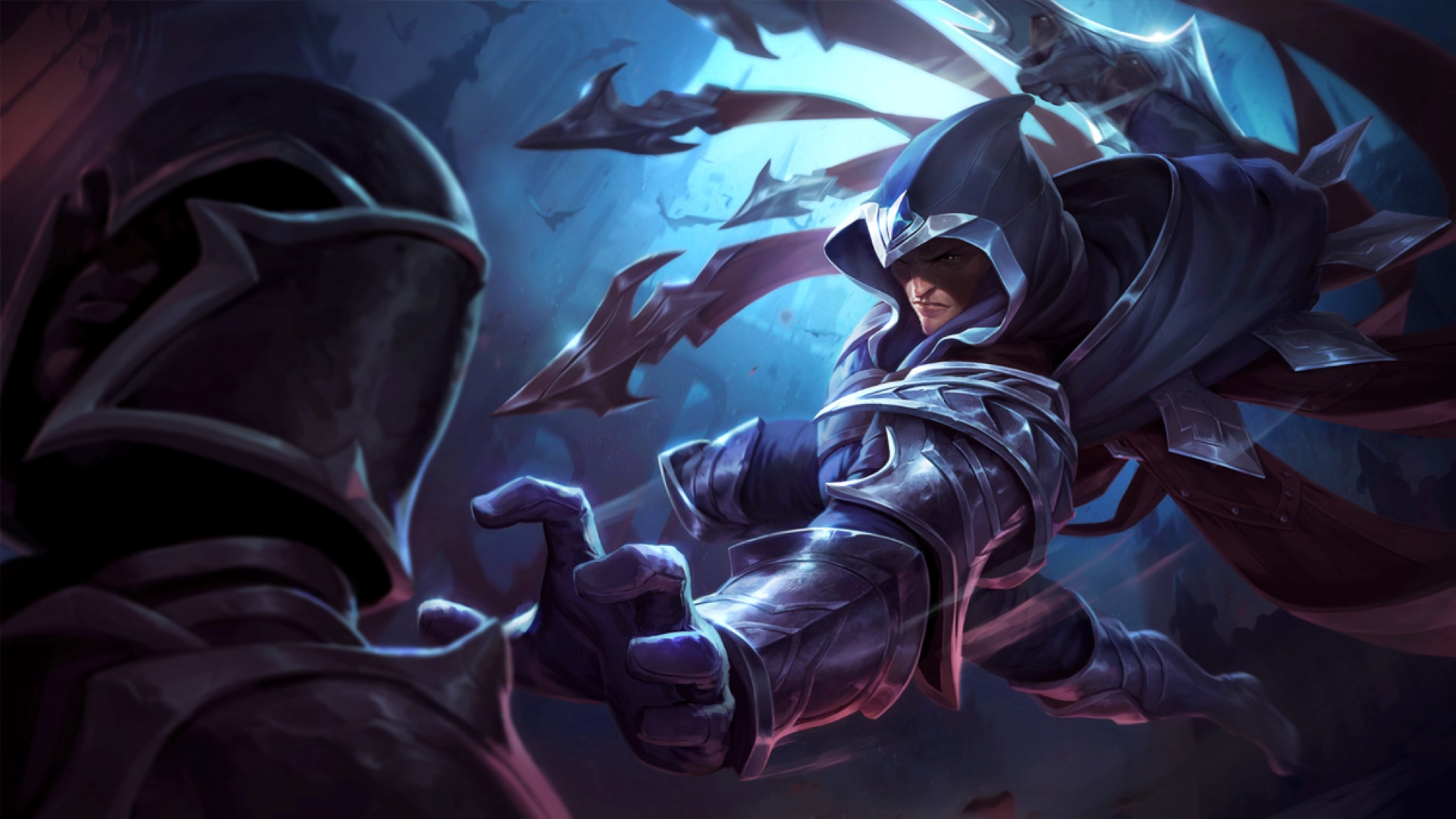 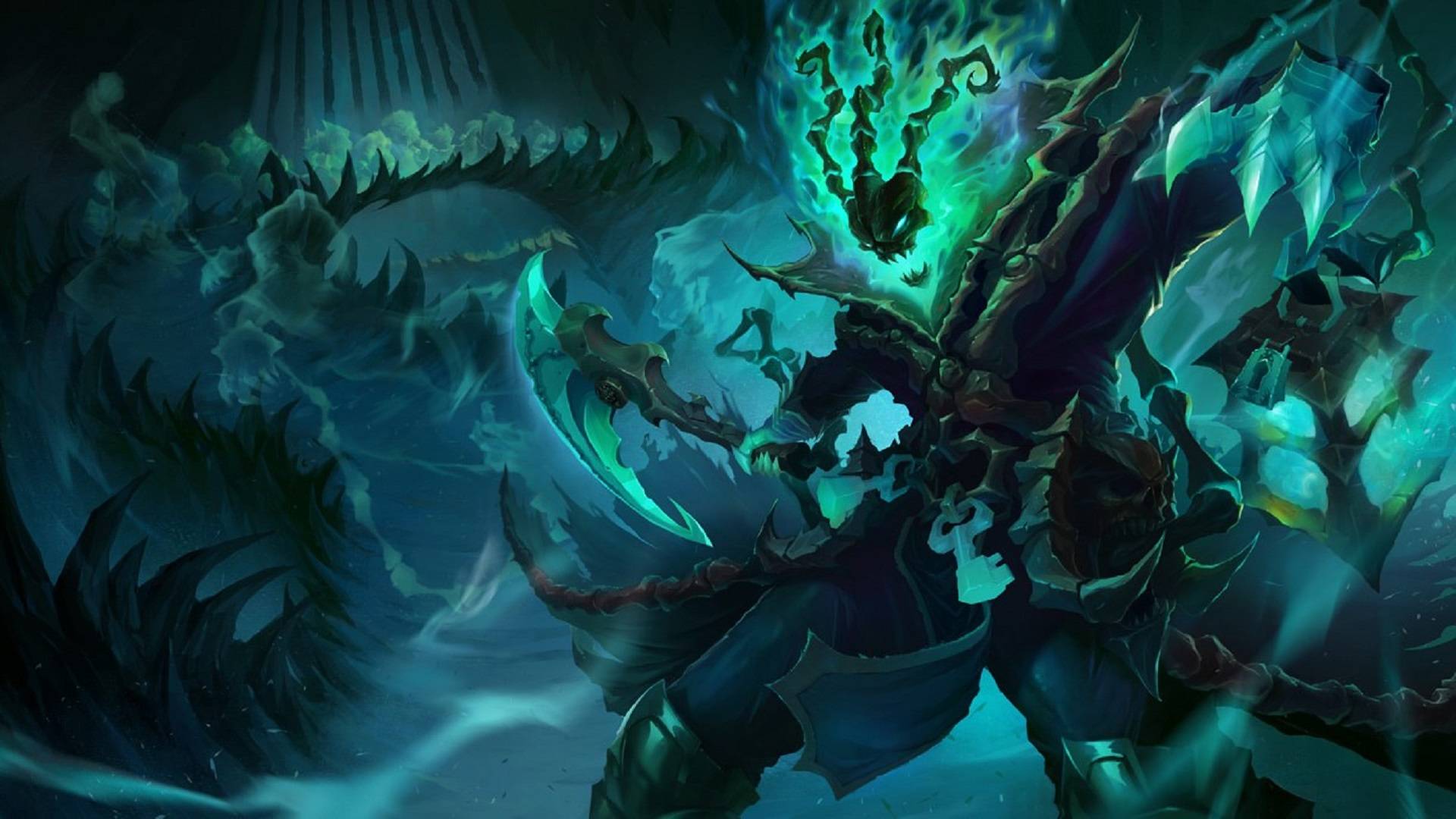 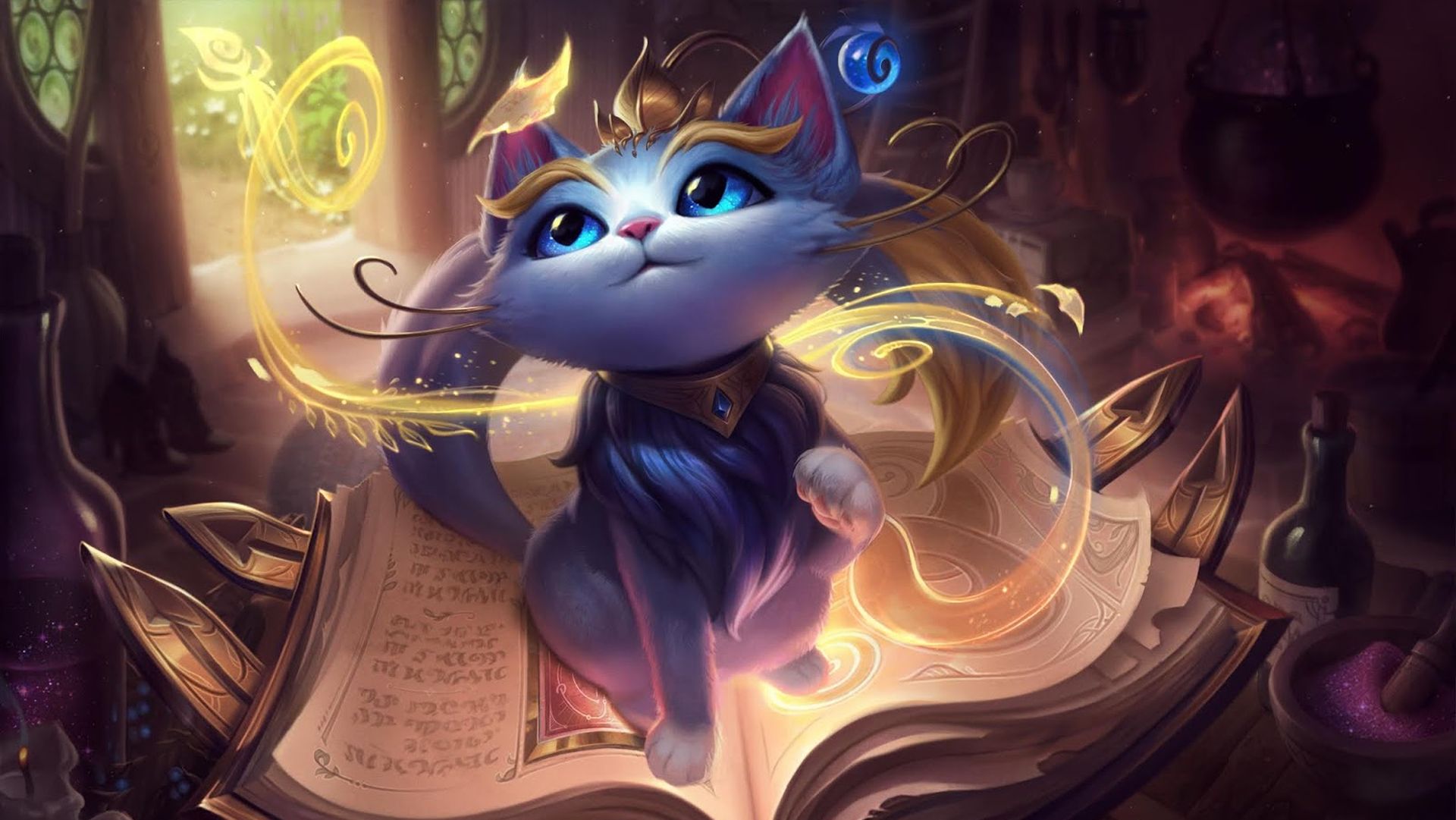 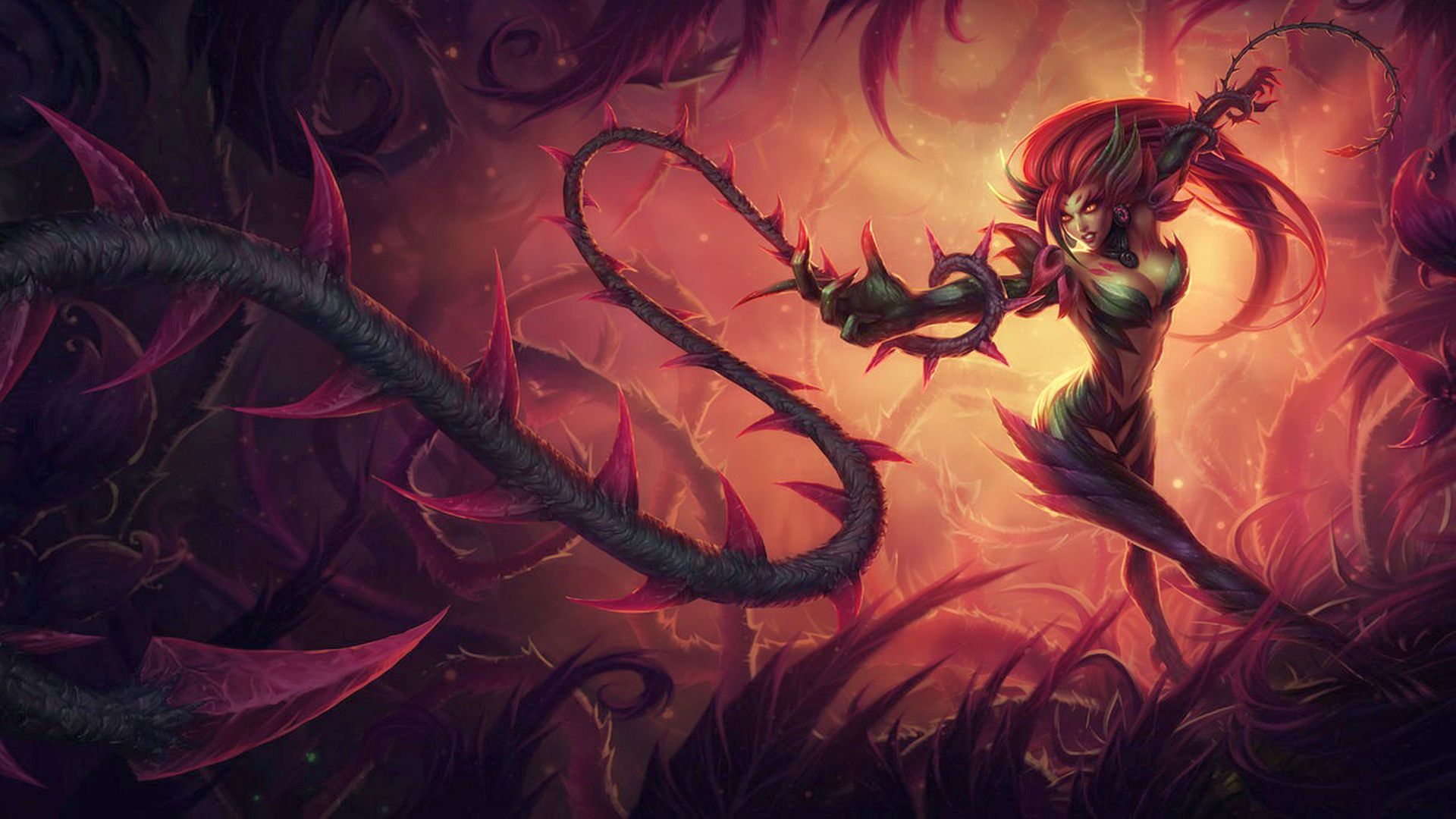 Here’s a patch preview from Riot giving us an idea of which champions, items, and runes are in for changes this round:

Irelia is bumped because we think we can do better work with a bit more time, and updated jungle accessibility list is here. pic.twitter.com/n1KjRk193i

Here are the upcoming changes, via Mark Yetter on Twitter:

“Poised precariously above the city, on the edge of High Arcana, Camille’s power comes from surprise and defying expectations. Her patterns seem confusing and alarming– even perilous– to those who cross her path, but they always resolve to her benefit. When burdened on the brink, Camille is at her strongest, but no one truly knows what she plans to use all that strength for…” 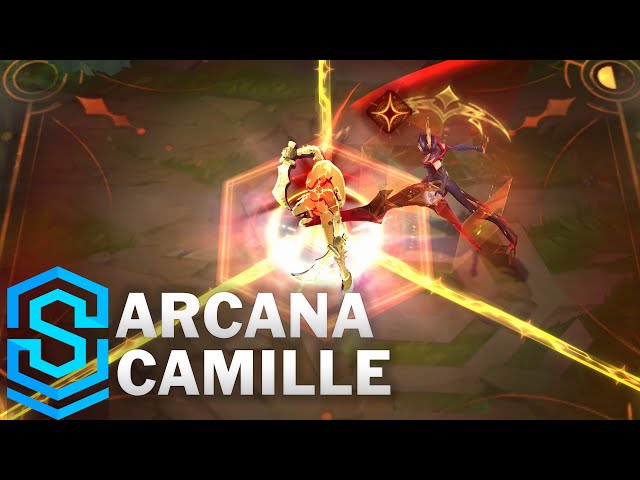 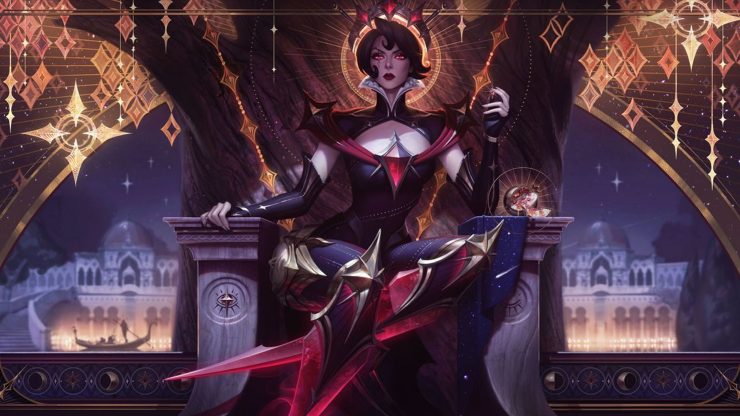 “”Lucian believes in balance: that no one Archetype should have excessive influence on the world. With one gun amplifying patterns and the other cancelling them out, Lucian maintains the world’s fragile order within the new power vacuum– even as the likes of Tahm Kench move to fill it” 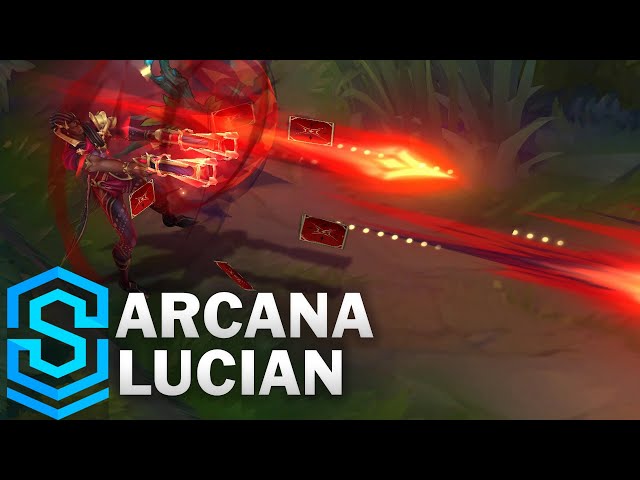 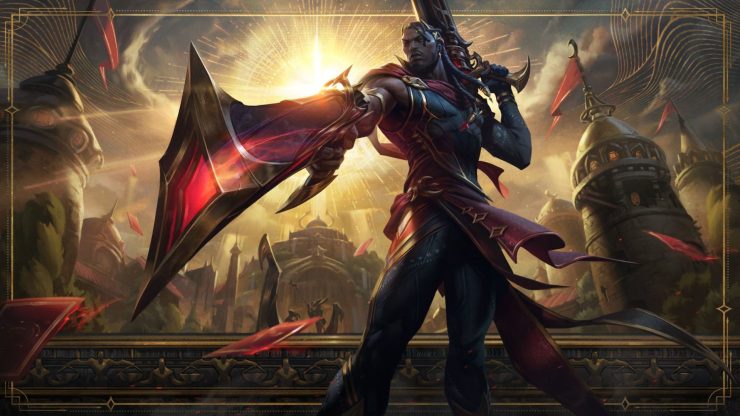 “The epitome of power and opulence, Tahm Kench’s power drips from his tongue. Its ornate patterns captivate and cajole his listeners. He leverages those he rules, staking his power to ensure the patterns always shift in his favour – “correcting” his subjects who have gone astray.” 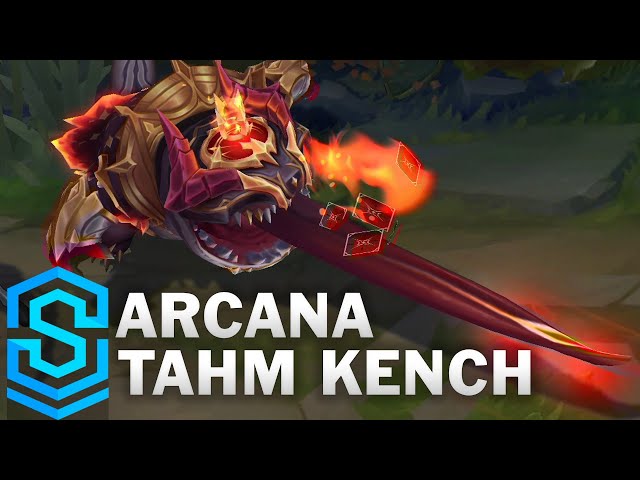 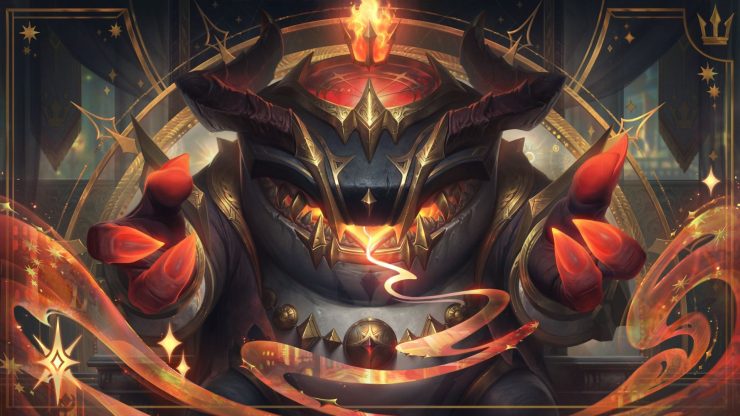 “”Ensnared by his own desires, Xerath leads citizens of Low Arcana to act on their basest urges. The more they are entranced by the forbidden, the more his power grows. But while Xerath believes their temptation will lead to his deliverance, he does not realize that the stronger he becomes, the more tightly his chains bind him” 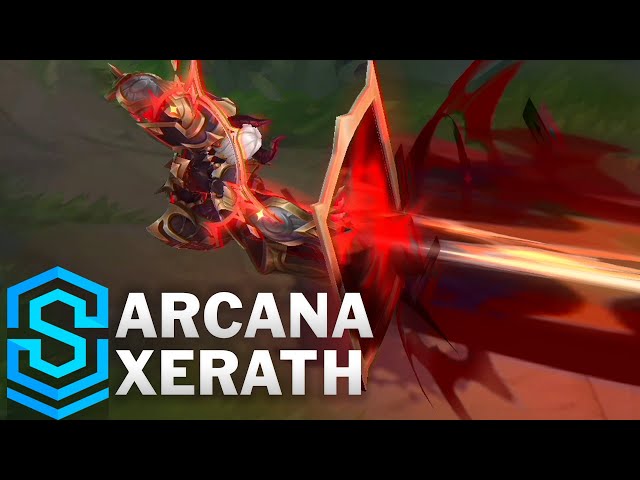 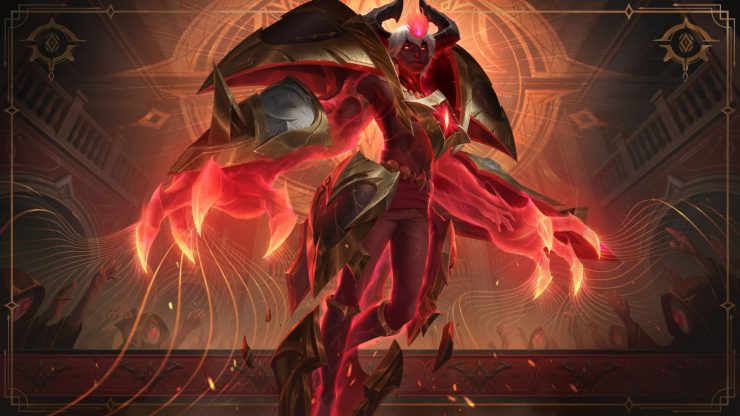 Here are Riot’s PBE previews of the new Arcana skins from social media:

Kog’Maw is getting a VFX update this patch! Here’s the info from Riot on Reddit:

Here’s a handy clip from SkinSpotlights giving us an idea of what’s coming for the champ: 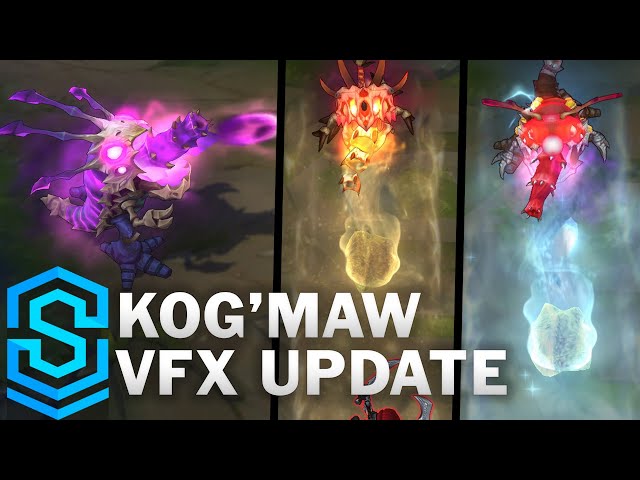 Here are some tweaks coming to a few of League’s champions, giving their animations a fresh lick of paint:

All skins have tweaks to ensure we avoid clipping but Pickpocket is my favorite. I loosened up his tail and let it bend further to feel nice and fluffy soft. pic.twitter.com/OFcMAY0uVZ

Twitch’s is by far the most visible one but here’s Karthus with it on his two back tassels. pic.twitter.com/qH2dhY0TzW

Sejuani’s mount only has a tail on base and two skins but now the tail drags a little behind. (The tech does not work for her mace, sorry) pic.twitter.com/3rdDmNRMGx

None of this is intended to be a big change. Just doing my best to help keep older champions up to date!
I hope in the future we can reduce the tech’s limitations and apply it to more!

That’s all we’ve got for the tentative League of Legends patch 11.10 notes for now, but keep checking back on these notes over the patch’s two-week-long testing cycle – we’ll make sure we include all the changes you’ll want to know about ahead of the update’s live debut. Assuming you want to know what’s headed to Riot’s MOBA next, that is? Of course you do.

While you’re here, take a look at out guide to the best League of Legends champions to play if you’re a beginner and keen to get into the game, while our sister site The Loadout has a League of Legends ranks guide if you’re after tips on how to work your way up those ladders.