Here we are, League of Legends fans. The end of the League of Legends 2021 patch schedule draws close, and we’re now well into Preseason 2022 testing season. League of Legends patch 11.22 has hit the MOBA game’s live battlegrounds, and its follow-up has now hit the PBE for its own round of testing – so let’s take a look around at what’s new and on the way.

As revealed by Riot on its various social media channels, patch 11.23 brings a batch of sugary sweet Café Cutie skins, with Annie, Soraka, Vladimir, Gwen, Bard, and Sivir being the lucky champions in for new looks in the alternate universe line this update. The skins are now hitting the PBE and you can get a peek at the splash art and skins in action below.

We’ve also got a bunch of Preseason 2022 changes still in for their extended period of testing. Among these are the new visual update (ASU) for Caitlyn and the return of Ultimate Spellbook on the PBE for testing! You can check out all these changes in the relevant sections below.

As per the League of Legends 2021 patch schedule, League of Legends patch 11.23 is due to go live on Wednesday, November 17, 2021. Maintenance times haven’t yet been confirmed, but usually begin at 3am PT for NA servers, 5am UK time for EUW servers, and 3am CET for EUNE servers, and last for approximately three hours.

As Riot has noted previously, the Preseason 2022 changes are coming with patch 11.23, so get ready for a whole lot of new content soon. 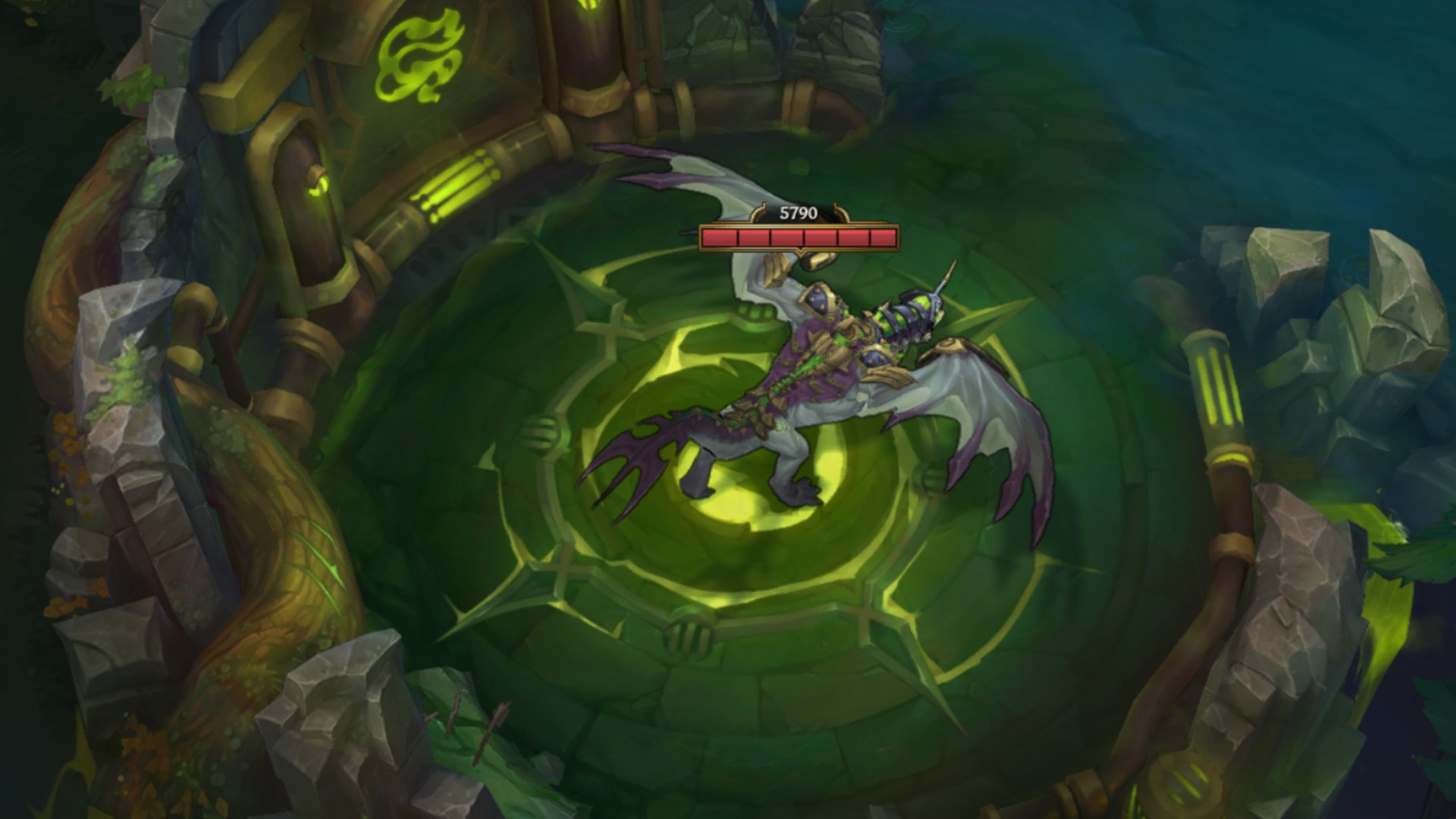 Dragon Soul
If your team obtains the Chemtech Dragon Soul, they get a buff that grants them a brief second life if they die

Terrain
Gas zones emerge in four jungle locations when the terrain transforms for the Chemtech Drake, giving any champion camouflage within the zone.
Camouflaged enemies are not revealed by regular vision wards, but are revealed by Control Wards, Scryer’s Blooms, and other things that reveal invisible units. 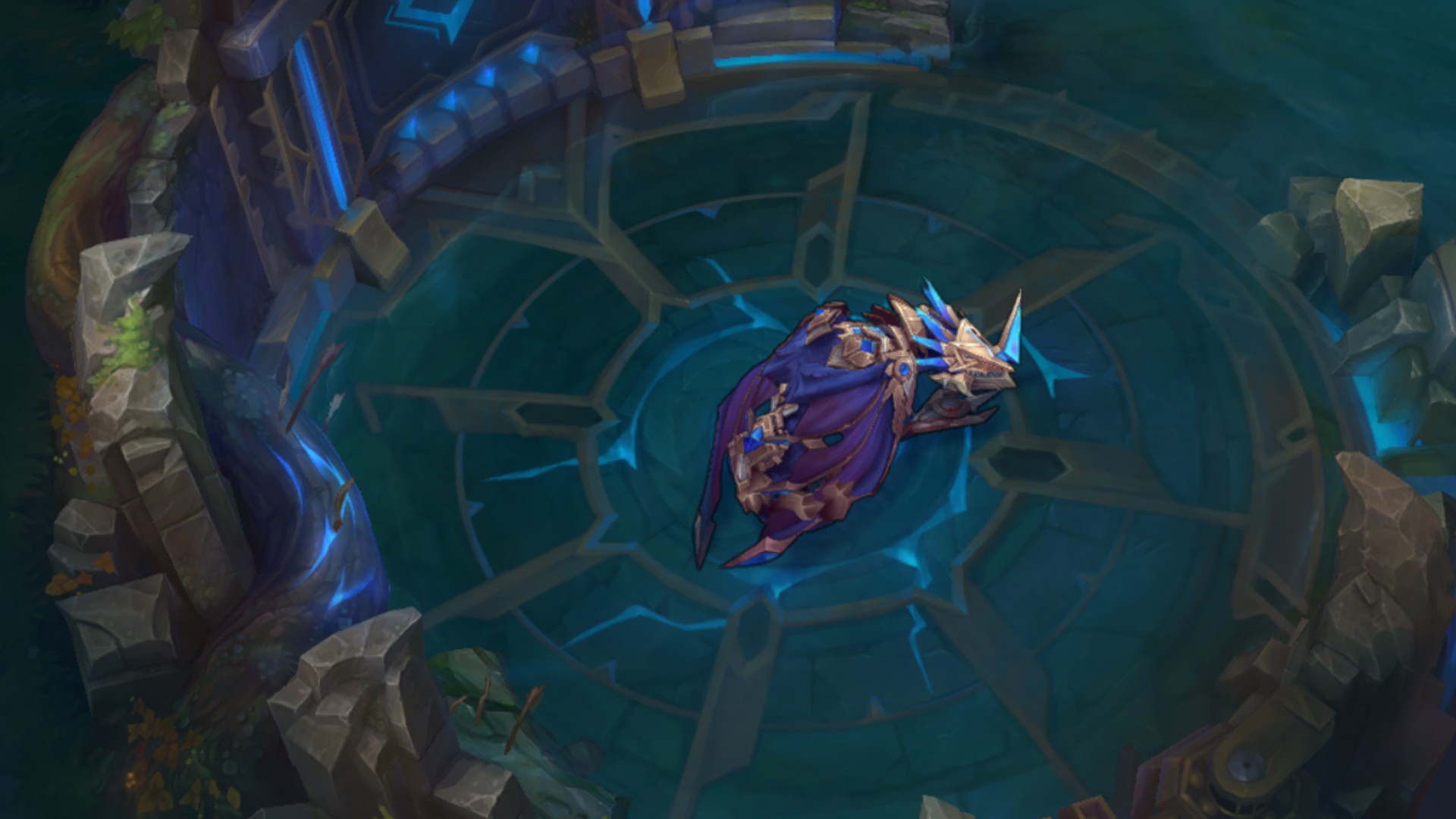 Dragon Soul
Obtain the Hextech Dragon Soul to gain a unique ability that adds a chain lightning slow to your basic attacks and abilities, with a moderate cooldown

Terrain
When the terrain transforms for the Hextech Drake, pairs of Hex-gates appear across the map, allowing you to quickly travel from one location to the paired counterpart.
Hex-gates are activated with a brief channel (that can be interrupted by stuns or damage) before rapidly transporting you across the map to the corresponding Hex-gate.

You’ll only see objective bounties when a team is sufficiently behind, though they’ll be highlighted on the mini-map for both teams when they are there. If the losing team takes an objective with an active bounty, everyone benefits from the bounty gold.
Riot says that objective bounties are calculated based on four factors: experience, gold, dragon, and turret lead. Here are the base amounts of gold that you can get by taking an objective with an active bounty:
If one team falls farther behind, these base amounts can increase up to 60%.

Riot’s list of Preseason item changes is pretty hefty, so you can find the devs’ full rundown right here. Keep in mind, though, that these are subject to change.
“Things will be in a pretty early state when you first see them, so expect changes to things like icons, item and effect names, visual and sound effects, stat values, and more as we continue to test and look through feedback during PBE,” Riot says. “Barring massive table-flips, this preview page won’t be updated after publishing. When the patch notes come out, they’ll have all the final details as usual.”

Tooltip:
“Attacks or abilities against an enemy champion within 0.25s of entering champion combat grants 5 gold and First Strike for 3 seconds, causing you to deal 10% extra true damage against champions, and granting 100% (70% for ranged champions) of bonus damage dealt as gold”.

Here’s a rundown from Riot on the new rune if you’re keen to know more!

New tooltip/effects:
“Immobilizing an enemy champion will cause 3 glacial rays to emanate from them towards you and other nearby champions, creating frozen zones for 3 (+ 100% of the immobilizing effect’s duration) seconds that slow enemies for 35% (+5% per 10% Heal and Shield Power) (+2% per 100 Ability Power) (+2% per 100 bonus Attack Damage) and reduce their damage by 15% against your allies (not including yourself).
25s cooldown.” 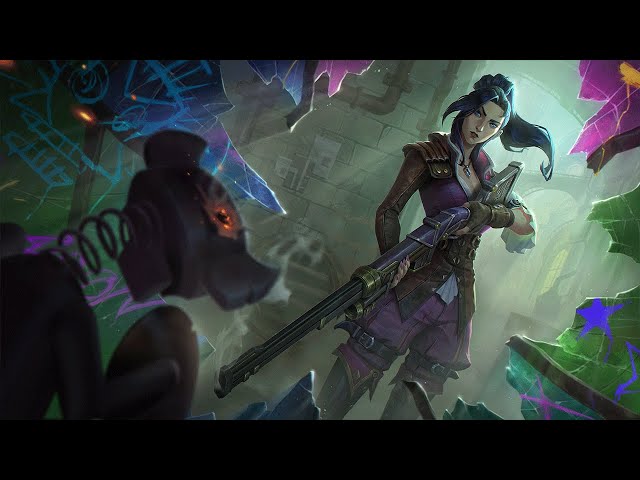 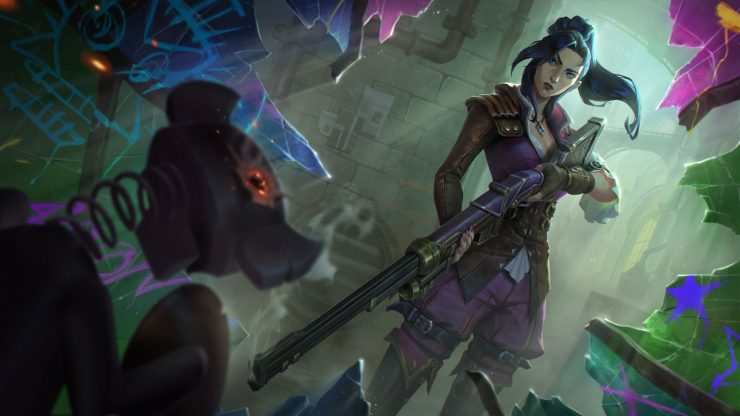 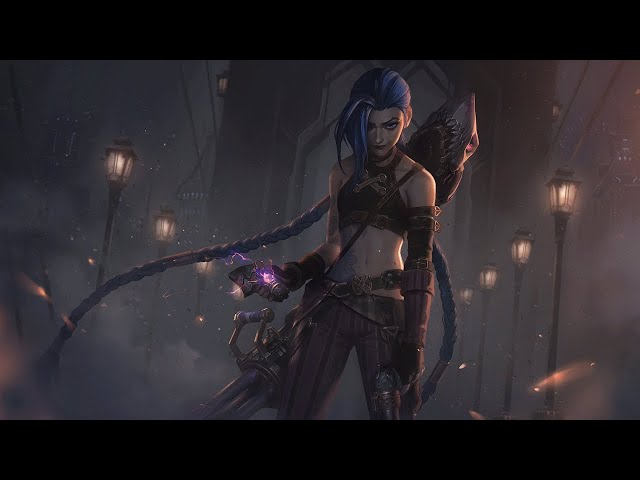 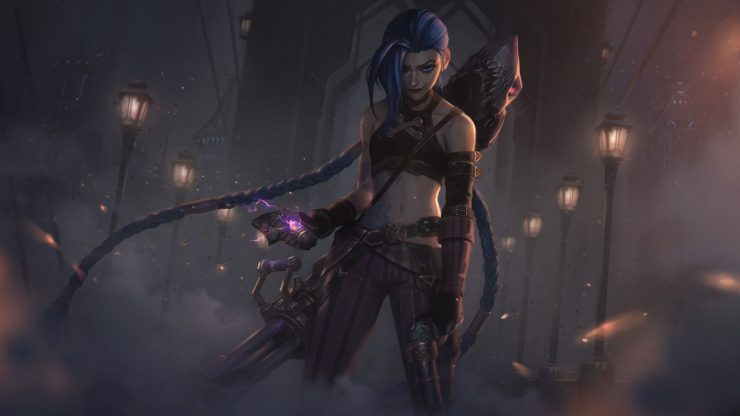 These skins, along with the Arcane Jayce and Vi skins revealed with patch 11.22, will be available by completing in-game missions in November as part of the month-long RiotX Arcane event – here’s a rundown of the details from Riot on how to get these skins. After December 9, they’ll cost 975 RP each.

Here’s a rundown from Riot on Reddit about the new art sustainability update (ASU) for Caitlyn, with a look at her updated skins and more: 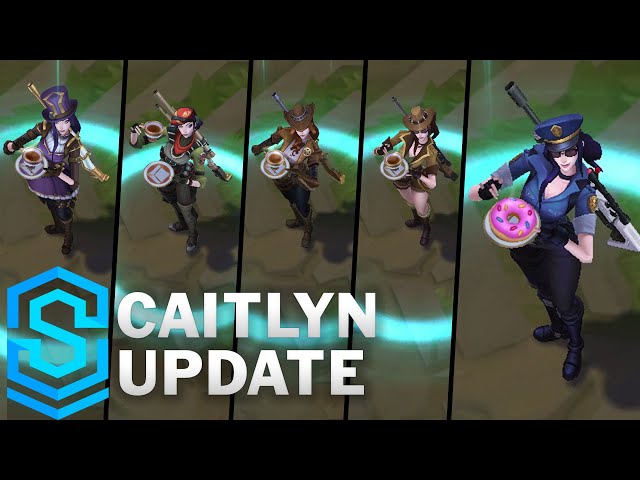 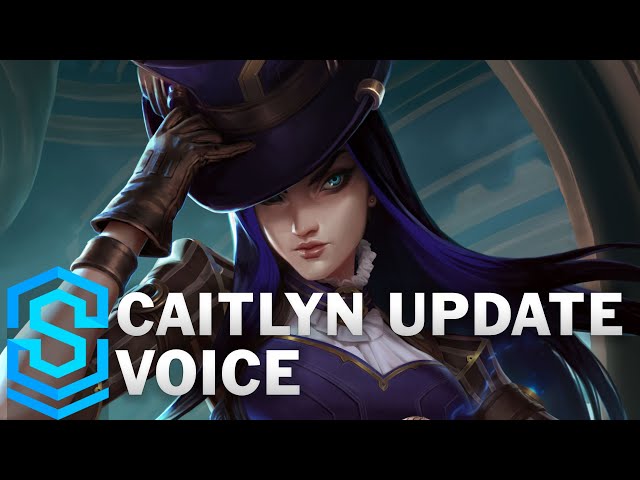 None this patch! Here’s Riot Phlox with an explainer:

No patch preview today since 11.23 will be just preseason content.

Preseason throws the meta so up in the air that doing smaller balance changes to a individual champion or whatever isn’t really worth it. We’ll be touching outliers and following up on preseason in 11.24 though!

“Sivir began as a pastry chef, but has since transitioned to ‘front-of-house defense specialist’. Her protective nature has gotten her into a few scraps with unruly customers, but Sivir’s love of her work, her friends, and the café is what she’s really fighting for. If you want to talk to the manager, she’s got some words for you, too.” 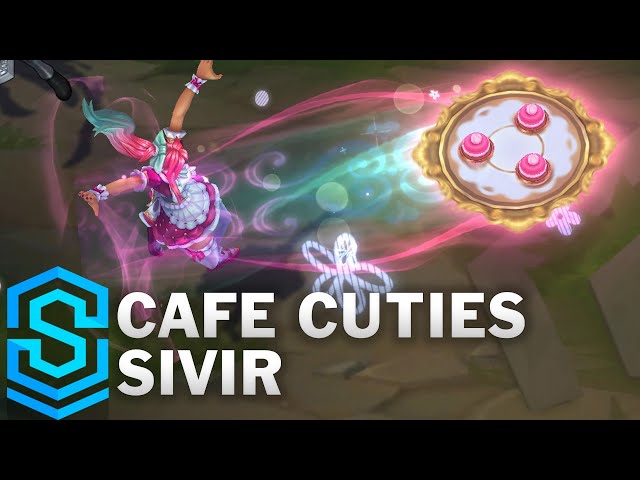 “Good food can be healing, and Soraka works hard to imbue every single pastry she makes with delicious magic that leaves her customers feeling more spritely than when they first walked in. Though her origins are mysterious, the whole café agrees: Soraka’s work is out of this world!” 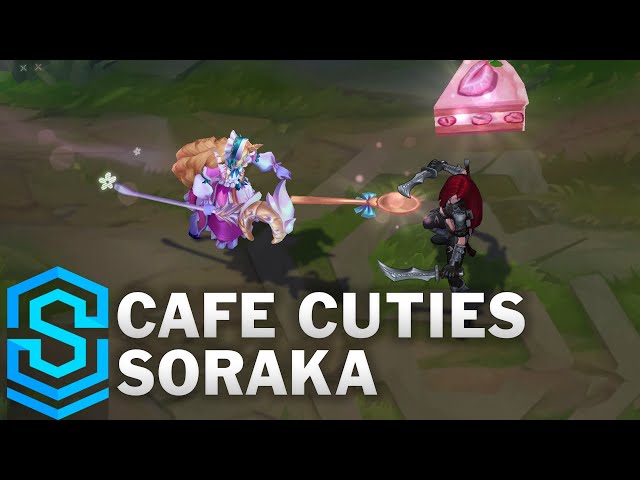 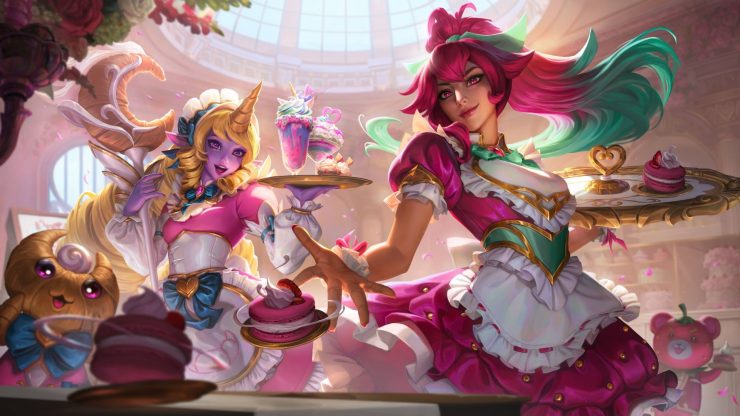 “Gwen is the friendly face of customer service for the café, always there to welcome patrons with a smile and an immaculately-plated pastry. Don’t be fooled, though – she isn’t afraid to use her candy-cutting shears for other things when rogue customers threaten her friends.” 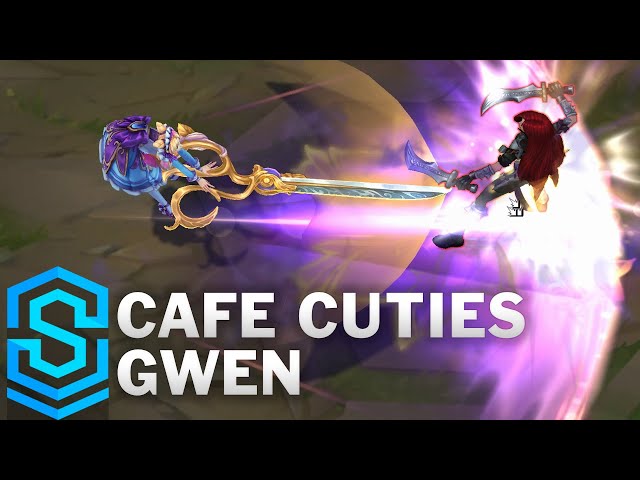 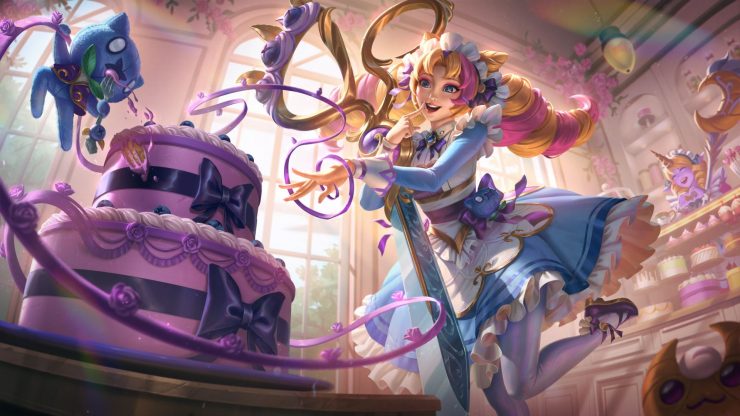 “Daughter of the cafe’s owner and an accomplished pastry mage wunderkind, Annie has a sweet tooth to be reckoned with. Though her occasional hangry tantrums send her enchanted gummy bear scouring the café for any morsel of food fit for his master, with a full belly Annie is as sweet as sugar!” 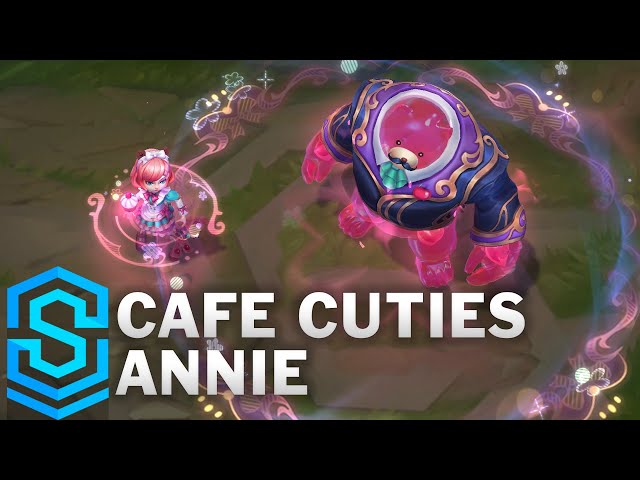 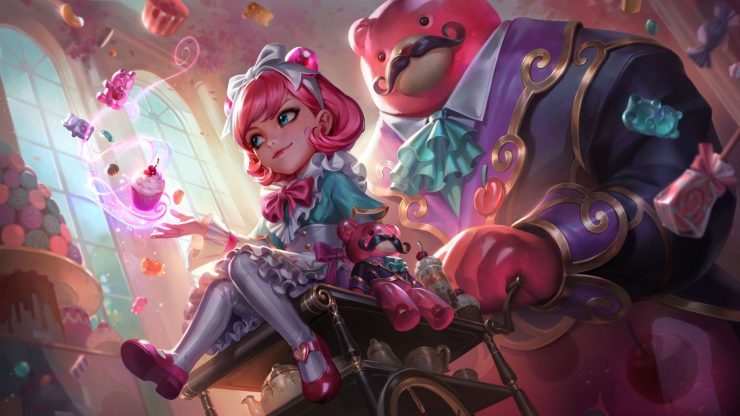 “Bard is a wandering wordless connoisseur of the finest cafes. If he leaves behind a blessing in the form of a teacup? A hundred years of sweet success. No one knows where the Teapot Troubadour came from, or if he has a purpose beyond delighting in patisserie, but a visit from Bard instantly puts any café on the map!” 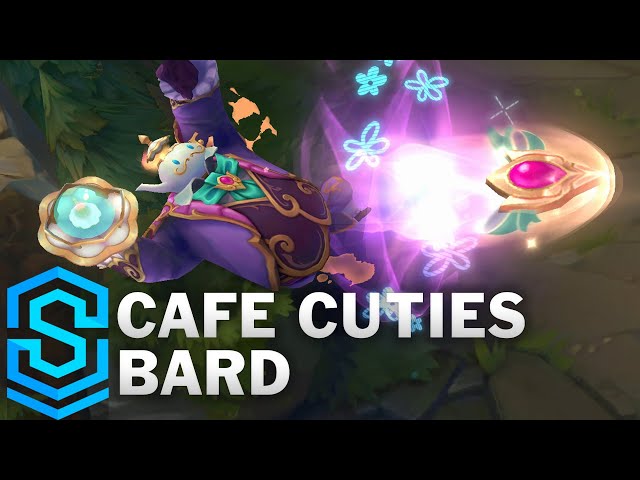 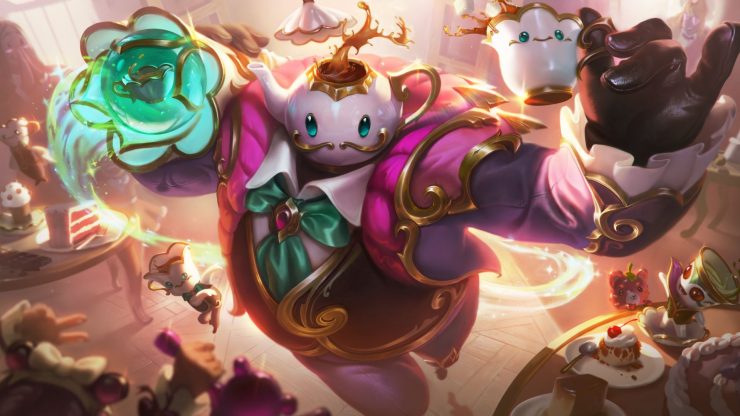 “Vladimir spent years searching for the elixir of life – only to discover that it is, in fact, tea. Since then he has steeped himself in the art of the perfect cup. Though he pretends to frequent the café solely to advance his Tasseomancy, Vladimir has grown fond of the ragtag group that allowed him to take up residence among their ranks.” 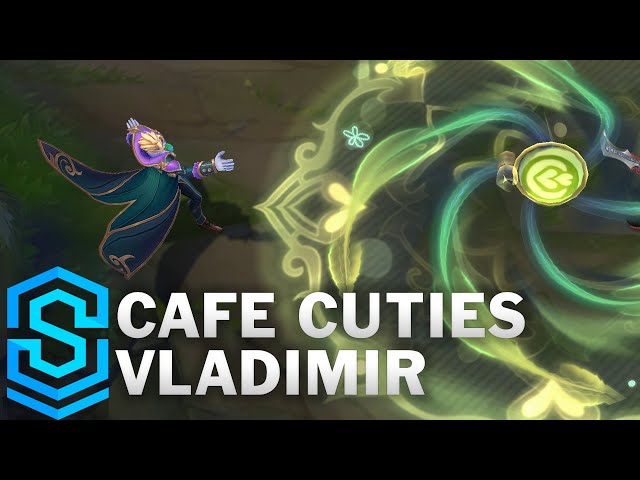 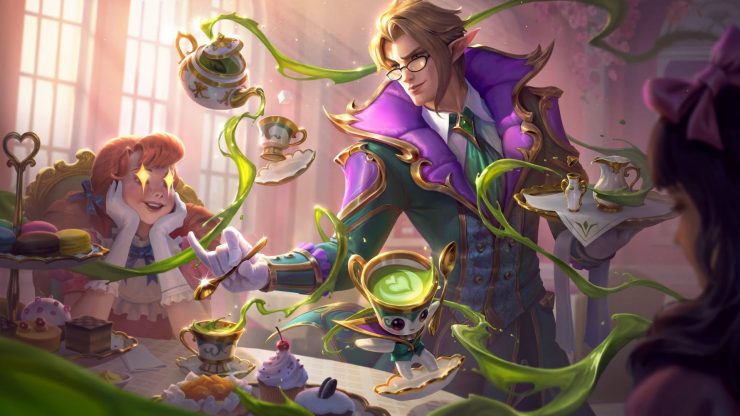 Here are Riot’s PBE previews of the new skins in action:

Cafe Cuties have been spotted on the PBE! 🧁 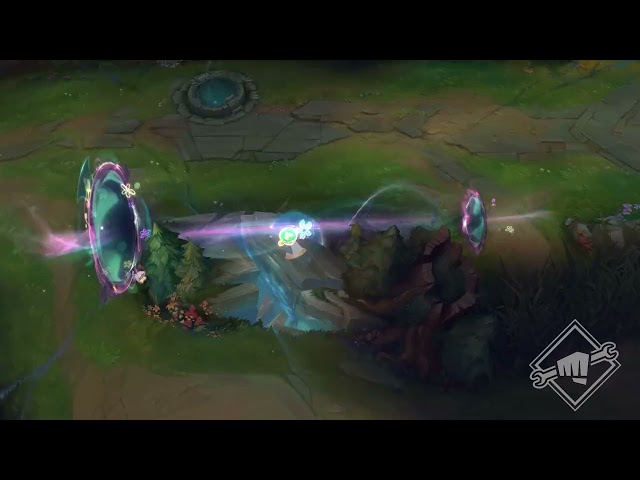 Here’s a rundown from Riot on the return of limited-time game mode Ultimate Spellbook on the PBE, which is hanging around for 11.23’s testing cycle!

Enabling this feature will prevent other players from seeing your rank, match history, and gameplay stats, as well as spectate your games. Your summoner name, icon, and level are always public.

No announcements yet on Riot API services regarding this feature.

And there you have it! That’s all we’ve got in the way of notes for League of Legends patch 11.23 for now, but keep checking back on this page as there’s sure to be lots more to eyeball and delve into ahead of the update’s arrival very soon.

Also, do go catch up on the League of Legends patch 11.22 notes – it’s a big update, and there’s plenty on the way, so you’ll want to make sure you’re in the know on what’s about to drop now the patch is live. Plus, our sister site The Loadout has a LoL ranks explainer if you’re looking for some tips on how to climb those tiers.