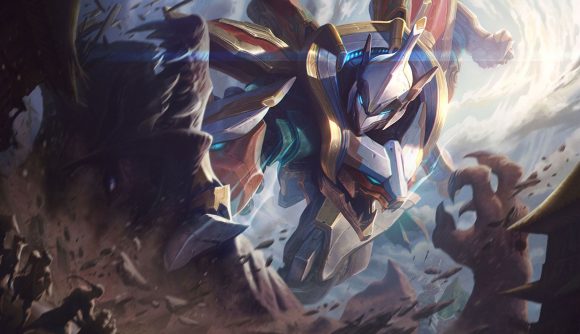 Hot on the heels of the newest League of Legends Champions Senna and Aphelios‘ arrivals, another character is heading to LoL’s roster. Following recent rumours, it’s confirmed – Juggernaut Champion Sett, The Boss, is on his way to the game. He’s just arrived on the PBE for testing, so now we have an idea of what his skills, stats, skins, and story are – here’s what we know so far.

According to his newly posted bio page, Sett had humble beginnings – a “half-beast” outcast child of a Noxian human and an Ionian vastaya. Starting off as a contender in Navori’s fighting pits, he’s now a leader in the criminal underworld of Ionia, gaining prominence – and notoriety – for his “savage strength, and his ability to take seemingly endless amounts of punishment,”  unafraid to use his fists to rise through the ranks.

As reflected in the League of Legends patch 10.1 notes, Sett’s skills are primarily centred on his fighting instincts and fists. First up, his Passive is Pit Grit with a Heavy Hands ability, broken down into basic attacks that alternate between Left and Right Hand punches. He leads with the former, but with the latter dealing damage quicker plus added bonus damage.

His Q is Knuckle Down, which sees Sett “itching for a fight,” gaining extra movement speed towards enemy Champions as well as some bonus psychical damage. His W, Haymaker, helps Sett store all damage taken as Grit up to 50% of his maximum health for a limited time – and deal out a huge punch as true damage with his active.

Facebreaker (E) gets Sett smashing surrounding enemies into eachother, dealing damage and slowing them down for a time, while R ability, Show Stopper, does what its name suggests – Sett will grab an enemy and slam them into the floor, dishing out physical damage to all nearby enemies, which scales depending on their proximity. 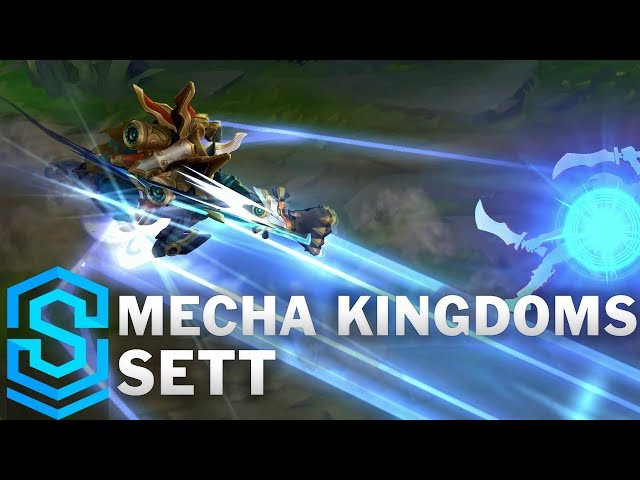 Sett’s release skin will be part of a new League of Legends skin line for 2020, the Mecha Kingdoms theme, which you can get a quick look at in action above.

Rumours began a few weeks back when Surrenderat20 (via Dot Esports) revealed a loot asset called ‘Sett’s calling card’ had appeared in the game as part of the League of Legends patch 9.24 PBE testing cycle, “gained by impressing Sett. Openable on January 14, 2020 at 11:00 PT.” Players then reported emails from Riot hinting at a new champion, which many guessed was Sett – and now it’s confirmed that Sett will feature as part of the next patch.

To find out more about Sett’s stats and abilities (as well as get a look at his VO and special interactions), head over to the League of Legends patch 10.1 notes, ahead of his arrival in-game in early 2020.