Looking for a guide to Lost Ark engravings? You may encounter engravings as you level up in Lost Ark, but there’s no need to worry about them too much at first. However, when you reach level 50 and open up the wonderful world of the Lost Ark endgame, you can use engravings to refine your build in order to take on the most difficult content in the game.

Engravings are just one of the many ways to boost your character’s performance, but they’re a little complex if you’re new to the system. Any mistakes you make may prove to be very expensive, as the process involves consuming sought-after materials and carefully calculating your stat bonuses.

Fortunately, we’re here to help by explaining everything you need to know about the Lost Ark engraving system, including how to use engravings and ability stones and how to get the best engravings for your character. There’s quite a substantial time investment involved in leveling up your engravings, so our guide will set you on the right path and signpost what you need to look out for.

Engravings are passive abilities that influence various attributes, such as skill cooldown time and damage. You can view the status of your current engravings in the engraving tab of your character profile.

How to activate engravings

There are a few ways to activate engraving points and upgrade your engravings.

Your accessories – a necklace, two earrings, and two rings – are a major source of engraving points and of regular stats. They only drop from endgame content such as dungeons, and have lots of possible formulations so it can be a real task to get your hands on accessories that suit your build optimally. The item information indicates which engravings an accessory boosts and by how much; the vast majority of accessories boost one engraving by three points and the other by three, four, or five points.

Ability stones are equippable items that drop as loot. Each ability stone has three random engravings; two positive, one negative. However, ability stones don’t actually provide any engraving points until you take the stone to an ability stone cutter NPC and have it faceted. Non-faceted ability stones can be traded, so you should sell any that you don’t need and keep an eye out for ones that provide the right engravings for your character.

The faceting process determines how many engraving points you can get from each ability stone – for a full explanation, see our Lost Ark ability stone guide. If your faceting doesn’t go well, you can disenchant the stone and retrieve some materials you can use to obtain fresh ability stones.

In order to equip an engraving for its aura, you need to unlock the first level of the aura by consuming engraving books. Subsequent levels can be unlocked by consuming rarer books. These books can be found in raids and dungeons, and through daily and island quests. 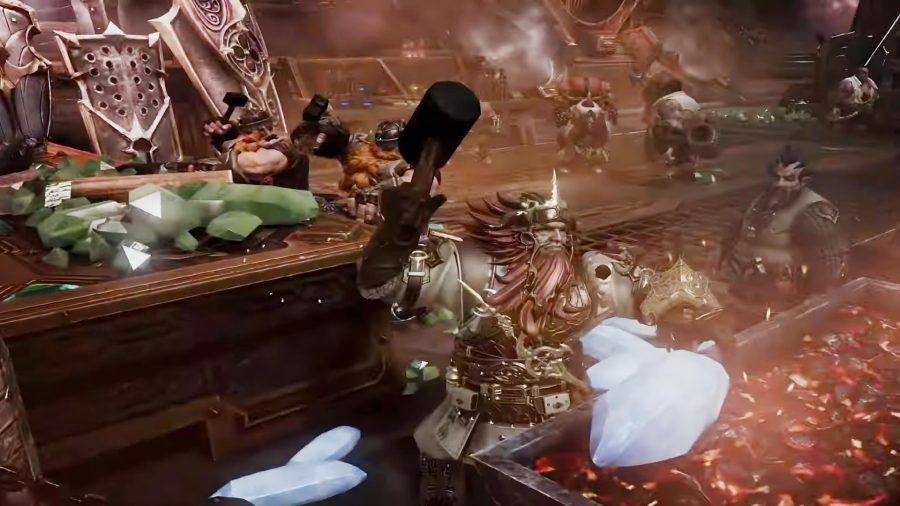 As explained above, there are plenty of ways to get engraving points. However, because you must meet certain engraving point thresholds in order to activate your engravings, simply throwing as many points as you can into your chosen engravings isn’t the way to go. Having four, nine, or 14 points in a positive engraving is just a waste, especially considering the hours you’ll spend earning those points. Similarly, you can also avoid activating certain negative engraving levels if you’re smart about it.

You’re probably going to need to get the spreadsheets out on this one and create an individual calculation sheet for your character, as optimising your engravings wholly depends on the points you have access to.

Ideally, to run the very best T3 endgame content, parties are looking for five engravings at level three. What these engravings should be will depend on your class – we’ll explain further below.

Once you’ve chosen your target engravings, start with getting the best ability stone, as getting a specific one to suit your needs after you sort out the other bits is a guaranteed headache. But once you know which engravings your ability stone boosts, you can proceed accordingly.

Your engraving aura can provide a large boost (12 points) to your engraving points, but only for two specific engravings at most. Therefore, we recommend you use the aura to upgrade two engravings to 12 (not the ones affected by your ability stone). Then, you can top up the remaining points with accessories.

One final tip is to be sure to sell the accessories or books that don’t fit your needs, as they may well be massively valuable to someone else and help you fund your engraving habit, too.

That’s everything you need to know about Lost Ark engravings – phew. If it’s all a bit too complicated, fortunately you don’t need to worry about this stuff in Lost Ark PvP, but if you are at the endgame, you may want to know how to get Lost Ark Pirate Coins, how to find all the Lost Ark mokoko seeds, and the Lost Ark reset time for daily and weekly quests.