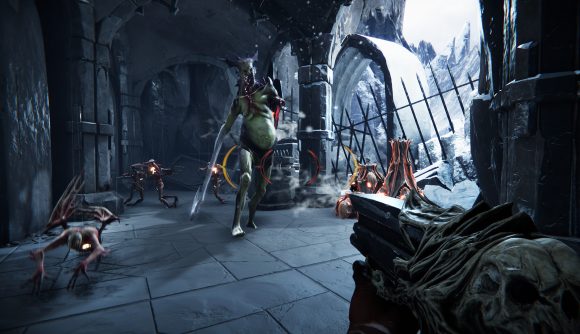 Today The Outsiders revealed their upcoming game Metal: Hellsinger, and it’s a game about blasting demons to shotguns. Just as in its (rather clear) inspiration Doom, heavy metal music plays a big part – although in Metal: Hellsinger, it’s blended into the action. That’s right: they’ve made Doom into a rhythm game.

There’s no way to avoid the Doom comparison here, as the action itself is similar right out the gate. You’re fighting your way through the eight Hells, dismembering demons all the way through. This time, though, you’ll be trying to shoot and slice and bludgeon to the rhythm of the metal soundtrack, which will grow more intense the better you do keeping the beat.

The Outsiders says Metal: Hellsinger features a range of weapons that each has its own unique ultimate ability, and each of the Hells you travel through has a distinct theme. The music you’ll be blasting along to is provided by Matt Heafy (Trivium), Mikael Stanne (Dark Tranquillity), Alissa White-Gluz (Arch Enemy) and others. They’ll be providing the gutteral screams and Cookie Monster sounds you’ll hear during your Dante-esque journey through Hell.

Here’s the trailer, featured in the IGN Expo: 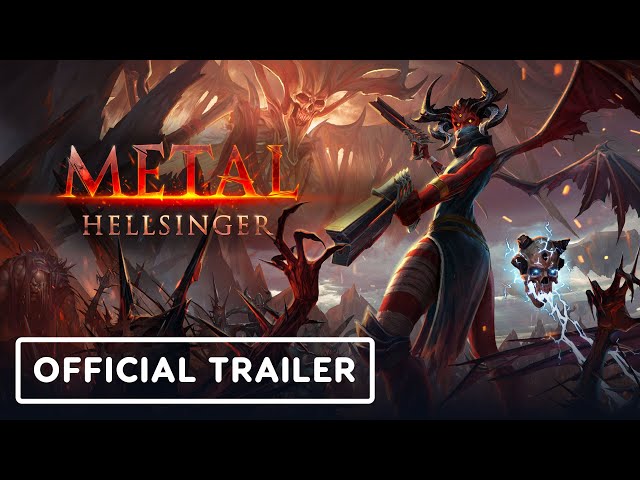 Metal: Hellsinger is expected to come out some time in 2021, and you can wishlist it on Steam as of today. The Outsiders bring game design experience from Battlefield: Bad Company 2 and Payday 2 to the plate, so it’ll be exciting to see how Hellsinger turns out.