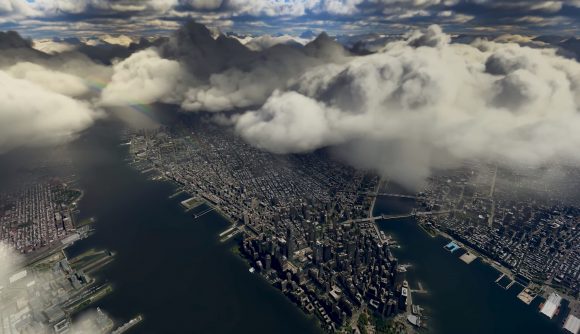 In the previews we’ve seen so far of Microsoft Flight Simulator, some of the most awe-inspiring visuals have been its weather systems: massive cumulonimbus clouds, lightning storms, sunsets poking through an overcast sky. The weather we’ll see in the game, it turns out, draws from a complex real-world model, thanks to a partnership between Microsoft and a Swiss meteorology company.

In a new video, scientists from Meteoblue explain the basics of atmospheric and weather modeling, and how their models are used to create weather forecasts. Meteoblue has a global forecast model that can predict the weather anywhere in the world using real-time sensor equipment combined with massive amounts of historical data.

Partnering with Microsoft for Flight Simulator, Meteoblue will be feeding that information into the game, allowing you to fly through weather as it happens, wherever you’re going. That’s not just the weather at ground level, either – Meteoblue’s model includes 60 distinct atmospheric layers reaching up into the stratosphere, so you’ll experience different realistic conditions as you climb out of takeoff or descend for a landing, just like real pilots do. 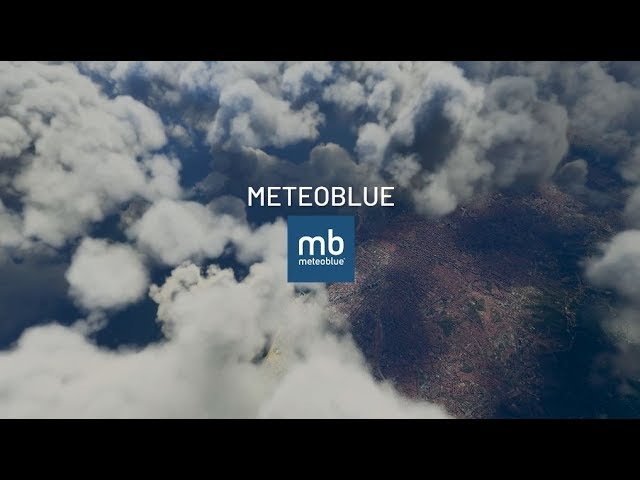 “As you can imagine, here at Meteoblue we work a lot with code, maps, diagrams,” Muller says. “But with Flight Simulator, even for us, it’s the first time we can really experience the data we compute.”

Flight Simulator is also using real-world flight navigation data, which it will be updating in the game every 28 days. It’s also using terrain and map data provided by Bing. You can check the Flight Simulator system requirements to see if your PC will be able to handle the game when it comes out later this year.