So you want to know about the Minecraft Ender Dragon? If the popular open-world crafting game has any kind of end goal, it is to march into The End and defeat the Ender Dragon, also known as ‘Jean’. Minecraft’s only true boss is no joke and can be tough to beat, so make sure you stock up on plenty of Minecraft potions, don that diamond armour, and keep your composure. Failing all that, maybe some Minecraft cheats will help.

The Ender Dragon spawns as soon as the player enters The End – that nightmarish realm accessible only through a portal found in strongholds. It doesn’t matter what difficulty you’re playing on, the Ender Dragon will come for you. She shoots dragon’s breath and charges at players by swooping down from the sky. If she gets hit she will retreat, but she can also instantly destroy most blocks she comes into contact with.

If you’re going to take on this titanic tyrant, you need to come well prepared. Players cannot escape from The End until they slay the Ender Dragon, so you need everything from good armour, potent potions, and even food to keep your health replenished. We also recommend taking some beds because you can use them like TNT charges.

There are a few strategies you can employ if you want to defeat an Ender Dragon, but there are some important basics you need to note.
Firstly, you want to destroy as many of the Ender Crystals as you can as these can end up healing the dragon as you’re trying to defeat it. They’re relatively easy to destroy, but they explode on impact, so we suggest using bows and arrows. If you time it right, the explosion can also hurt the dragon.

Someone who’s practised with bows may be able to deal a lot of damage to the Ender Dragon with some well aimed shots, but sometimes as part of her attack pattern the dragon hovers above the exit portal. While she’s doing this, she’s immune to bows so you need to get up close with your sword. If you want to avoid getting hit by dragon’s breath, we recommend standing under her head.

We also recommend you keep moving and, if possible, bring some friends. You’d be surprised how much easier the fight is if you bring a squad with you. The final general tip is that the Ender Dragon is not the only danger in The End – Endermen are also there, so make sure you’re keeping an eye on them as well.

When you defeat the Ender Dragon, a few things will happen. For starters, the exit portal activates, allowing you to return to the Overworld. Secondly, the dragon itself explodes into a shower of around 12,000 experience points. Third and most importantly, there’s the Dragon Egg.

The Ender Dragon egg doesn’t do anything – it’s little more than a trophy at this stage. It’s also quite finicky to collect, as the moment you click on it the egg teleports away. There are a couple of ways you can break it – pistons, beds, even a torch, but once you have it in your inventory, that’s about it. You can’t hatch an Ender Dragon egg.

According to currently accepted Minecraft trivia, there was, at one point, a plan to add in other dragons into Minecraft, and developers have mentioned before that the eggs might be used for that, but as of 2021 no such functionality currently exists in the game. 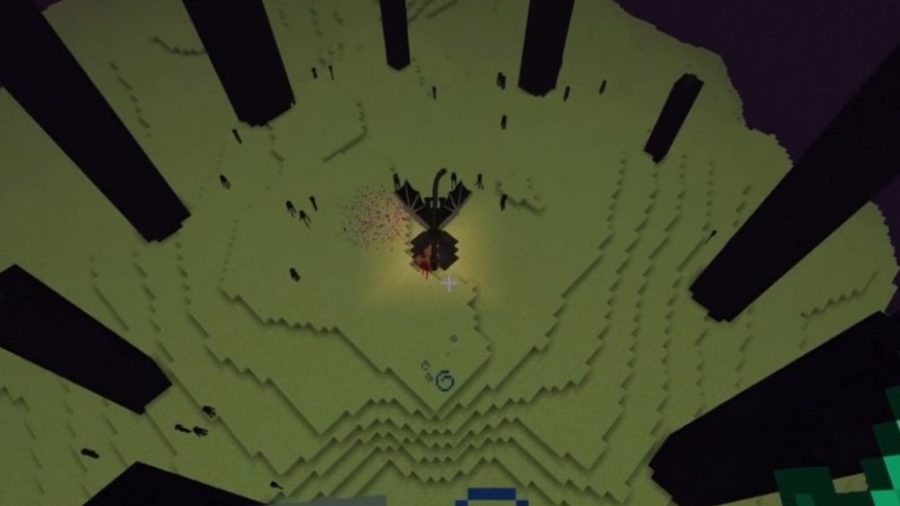 If fighting the Ender Dragon once wasn’t enough for you, you can re-summon her and go through the ordeal a second time, and a third. All you need to do is craft some End Crystals and place one on each side of the exit portal border. This resets the obsidian pillars with the End Crystals on top, and Jean will fly again once more.

That’s everything there is to know about Minecraft’s Ender Dragon. If you’re looking for something else to do now that you’ve ‘completed’ Minecraft, why not check out some Minecraft mods? Or how about these cool Minecraft servers?