What are the best Minecraft servers? They make the world go round. Or, at least, the worlds of Minecraft. It is no secret that the PC community boasts the most ambitious players in the world, and there is no better evidence of this than in the best Minecraft servers. The architectural artist’s paradise, Minecraft has been a great creative outlet for players who can build to their heart’s content, all without knowing a single line of code.

Their works and ideas are immortalised in thousands of servers. Every server is its own self-contained multiplayer world, with its own rules, gameplay style, and communities. We’ve had a hunt around to find the very best, featuring anything from breathtaking constructions and vistas to worlds with whole new rules and game modes.

Player created works and ideas are immortalised in thousands of Minecraft servers. Every server is its own self-contained multiplayer world, with its own rules, gameplay style, and communities. We have had a hunt around to find the very best, featuring breathtaking constructions and worlds with entirely new rules and modes.

Here are the best Minecraft servers:

How to join a Minecraft server

To join a Minecraft server, first find a server you like the sound of – like any of the ones mentioned below – and grab the IP address. Start the game, click ‘multiplayer’, then ‘add a server’. Next, pop in the IP address and name the server.

Build your own Minecraft Creeper mine!

Now, make sure you click ‘done’ before heading back to your server list and finding your desired server. Hit the ‘join server’ button and you will find yourself in a new, wonderful world of blocks, and people who like said blocks. 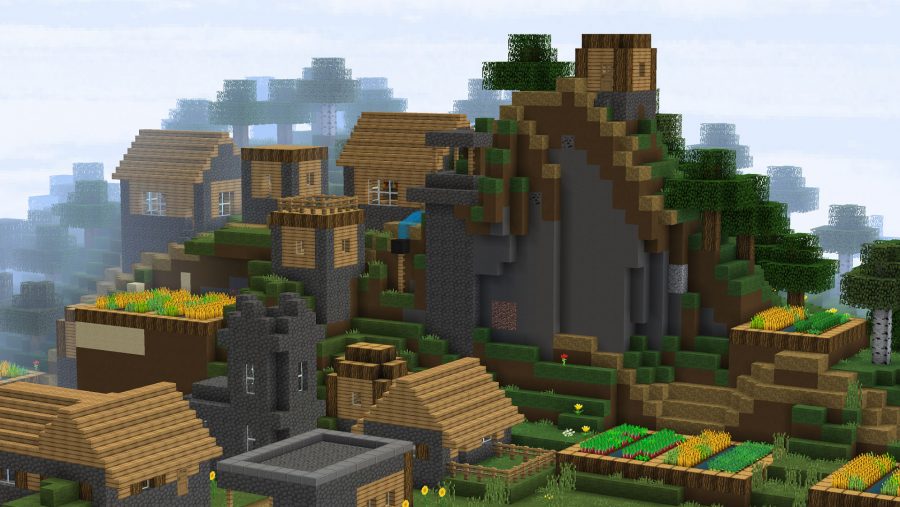 Mineplex is the largest Minecraft server in existence. Containing multiple arenas and zones for a hefty number of game types, Mineplex is populated by thousands of players at any time.

Mineplex feels like a studio-built MMO, with its impressive detail making it one of the best Minecraft servers. The ever-present community of staff and players are both great sports and ensure that there are always people with which to play. You can make Mineplex your sole destination and still take part in two thirds of the experiences on this list.

Mineplex is also a great destination to play Minekart, a blocky recreation of Mario Kart. With recreated tracks, power-ups, and karting without actual karts, Minekart is a refreshing change from the other typically violent, or pickaxe-heavy, game types. 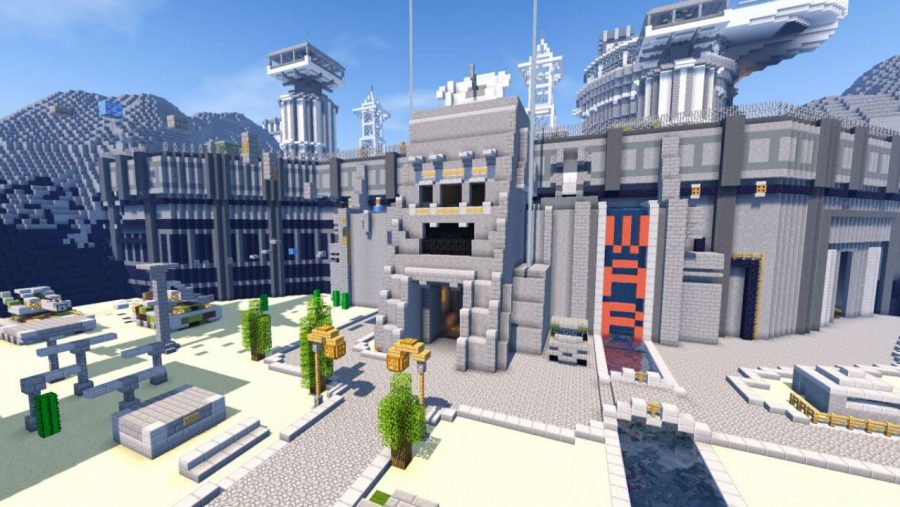 If you are a Minecraft player that misses the shooty-bang-gang thrills of Call of Duty, Brawl is one of the best Minecraft servers for you. Think of your favourite FPS modes and there is a good chance that it is featured: from Capture the Flag to Last Man Standing, Brawl is hours of action-packed fun. In fact, battle royale games like Fortnite and PUBG can partly trace their heritage back to last man standing Minecraft servers, so you can repeatedly die with the feeling that you are going back to where everything started. 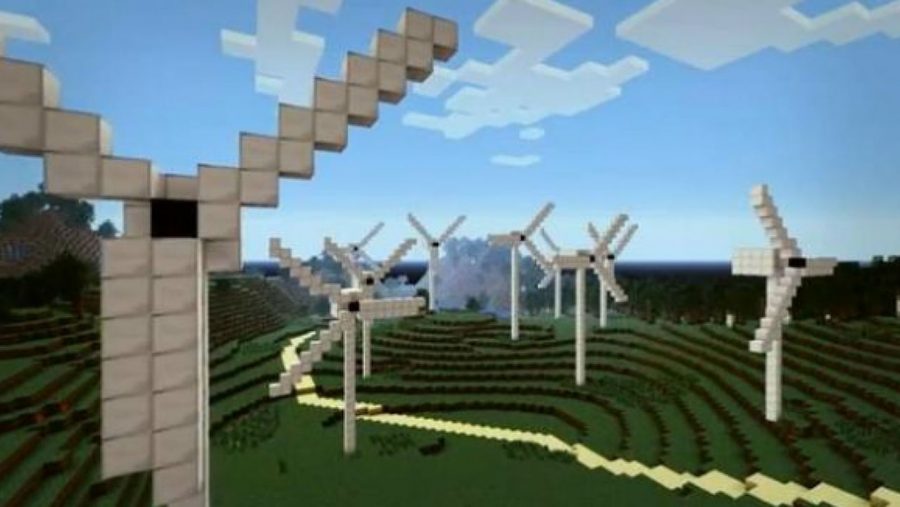 Grand Theft Minecart brings two of the biggest games on PC together: Minecraft and Grand Theft Auto. Not old enough to walk into a brick and mortar branch of GAME to let loose on Los Santos with Trevor and chums? With houses to own, weapons to shoot, and pesky policeman to evade, you can have a fantastic recreation of the GTA experience here – making this one of the best Minecraft servers out there. 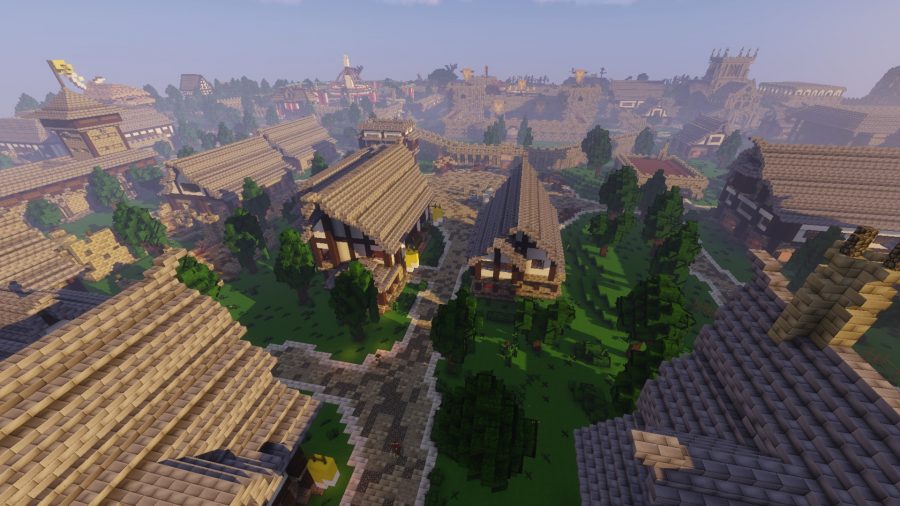 RuneScape fans can now experience leveling their skills to 99 in Minecraft on this meticulously built Minecraft RPG server, designed to look and feel just like one of the best free MMOs. Two years of tremendous effort have culminated in a very faithful reproduction of all the locations, mobs, and skills in RuneScape – Minescape has taken inspiration from both OSRS and RS3, so players of both should feel right at home.

The original Minescape.net can be found here and is still being updated, but the two servers differ quite a bit now, so we advise reading up on both to see which is right for you. 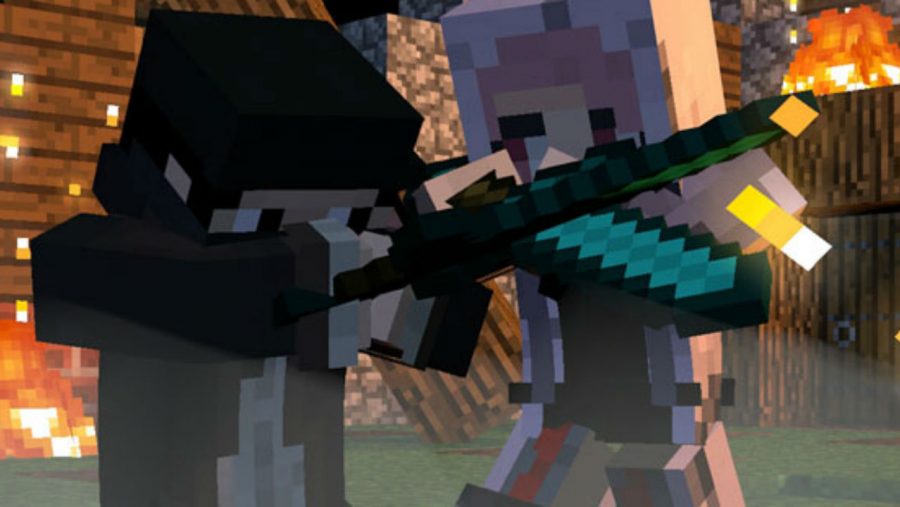 Do not expect a particularly pleasant experience in the Minewind server. Instead you get the ultimate playground for griefers, player-killing, and deception. Your goal is simple: try to survive for as long as possible – this is still Minecraft, after all – but you will also be up against endless Minecraft mobs, double-crossers, and killers. 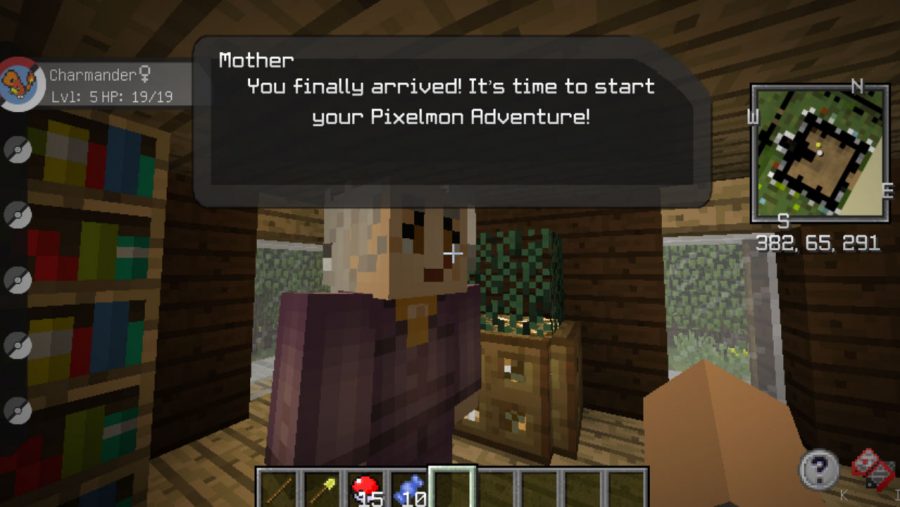 This, one of the best Minecraft servers, takes the popular Pokémon-themed Pixelmon mod and makes it multiplayer. Split over two servers, PixelmonCraft is based on the Kanto and Johto regions from the famous Nintendo games. But, not only have the geniuses behind PixelmonCraft recreated the areas and towns of those games faithfully, they have also replicated as much of the gameplay as possible. Animals in Minecraft are replaced with Pokémon and they can be caught and used in battle. As you would expect, there are gym leaders to fight, Pokémarts to shop in, and long grass to avoid. 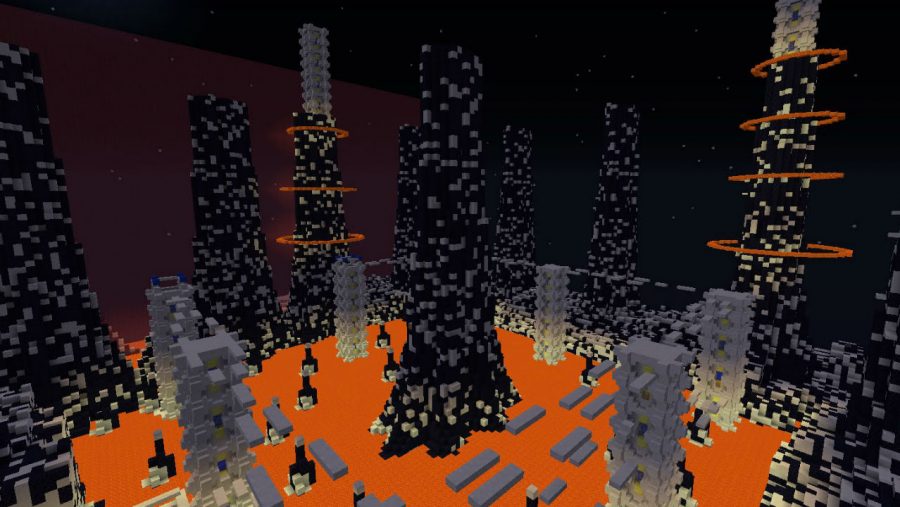 Demonstrating Minecraft’s ever-versatile nature, Zero.Minr is a parkour server – yes, seriously. Filled with a great variety of challenging maps, crafting and killing is thrown aside in favour of running and climbing an ever more intricate web of towers and paths. The overly-dramatic trailer above shows off some of the more challenging routes, spiralling skyward with jumps sure to send many players flailing to their doom.

While frustrating to start with, Minecraft parkour is a skill to work on, but with a little practise can become one of the game’s great pleasures. Zero.Minr is certainly one of the best servers to free-run. 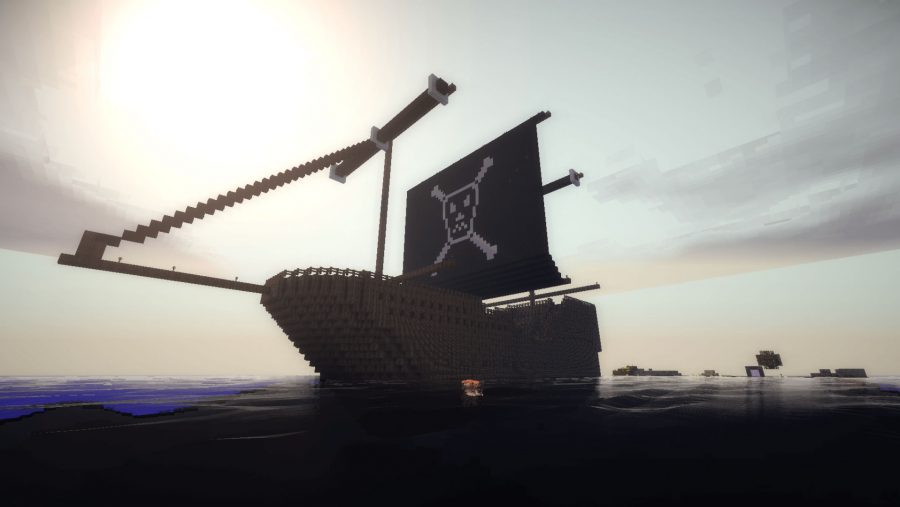 Sail, build, and plunder in PirateCraft, a server dedicated to the golden age of scurvy and theft. PirateCraft is one of the most ambitious servers we’ve played on and even has a fully-functioning ship-to-ship combat mechanic. As with all Minecraft ideas of such magnitude, it’s a little clunky, but it works. Ships can be built and sailed across the seas, cannons can be mounted to the hull, and then used to fire at enemy vessels.

Looking for inspiration: Here are our favourite Minecraft houses

On land, a simple but functional economy replicates the trade and booty of the period, and players can create their own Minecraft builds on ‘safe zones’ in order to bunk and store treasures in. Safe Zones are protected from griefers, meaning you can build as much as you like without fear of others trashing your masterpieces.

Piratecraft’s salty setting makes it one of the best Minecraft roleplay servers. Of course, if you’re roleplaying a pirate there’s going to be some grief involved, and provided the owner is in a Safe Zone, other players can siege them. Attackers can destroy ‘soft’ blocks, and generally make a nuisance of themselves until they either walk away or the defender surrenders. Similarly, ships can be stolen, provided the owner is not onboard at the time.  So if you’re looking for a PvP Minecraft server with a twist, this could be the buried treasure you seek. 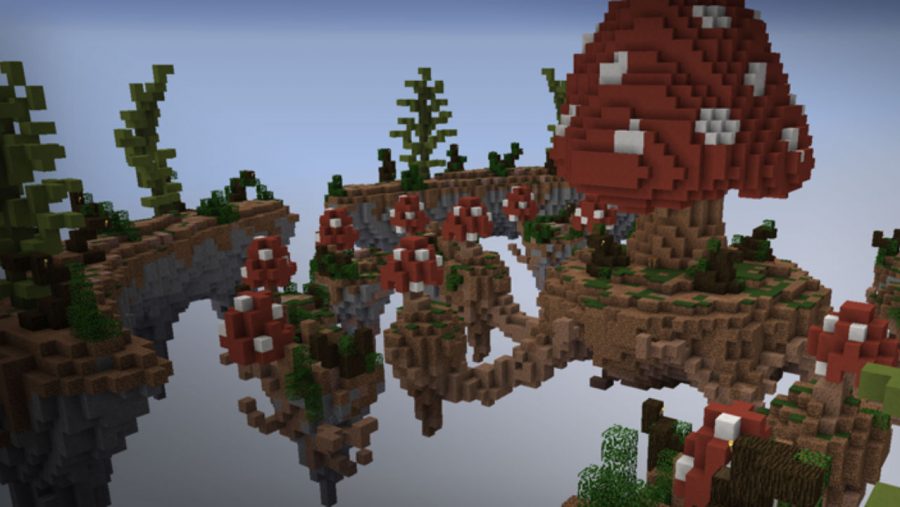 Related: Make your game look even better with Minecraft shaders 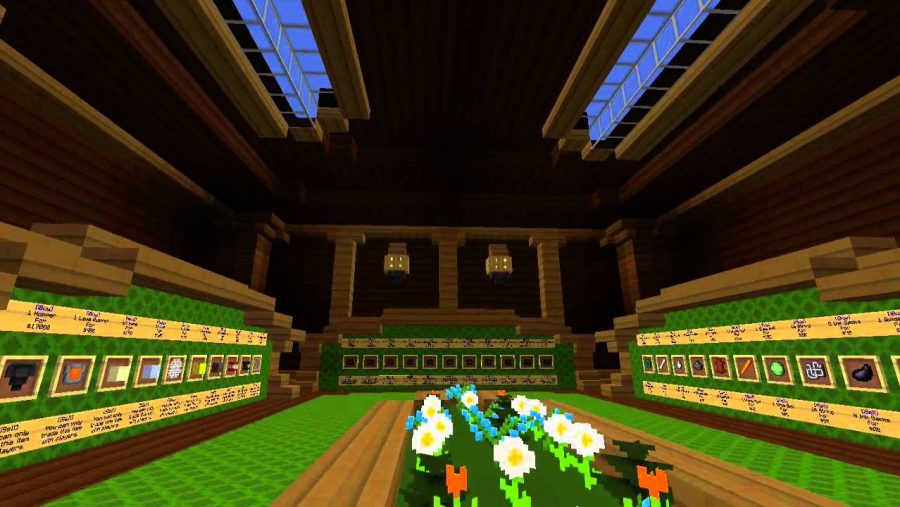 There are plenty of Minecraft faction servers out there, but Desteria’s levels and class systems make it one of the best Minecraft servers around. Borrowing from Runescape’s level 3-99 levelling system, Desteria’s depth makes it ideal for RPG fans. Four classes and a rich selection of factions also make for an engrossing and varied PvP game. Like any great RPG, Desteria is also home to a number of incredible environments, so load up those shaders before entering. 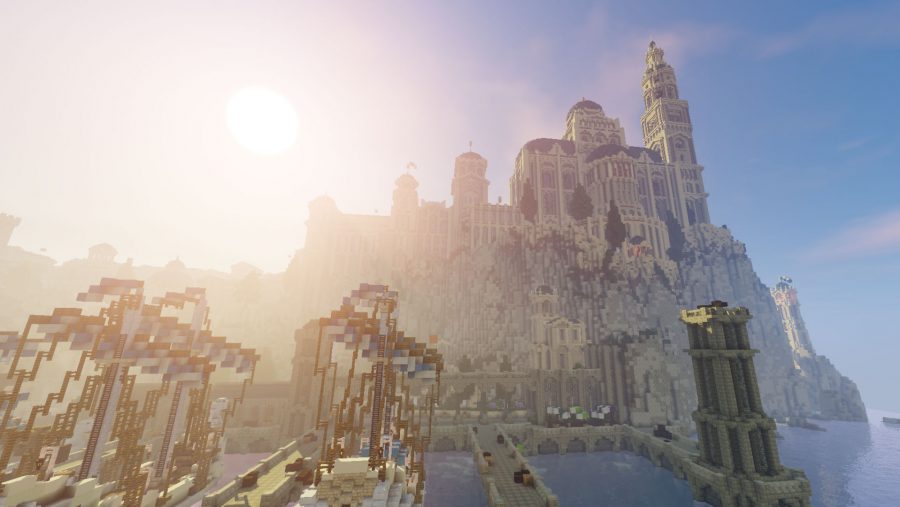 If ever there were a classic world that would inevitably end up immortalised in textured blocks, it was Tolkien’s Middle-earth. This as yet incomplete project is primarily based on Peter Jackson’s cinematic vision of Middle-earth. You can help push forward with the building of the world of men, elves, and creatures of shorter stature, so long as you follow the rules. 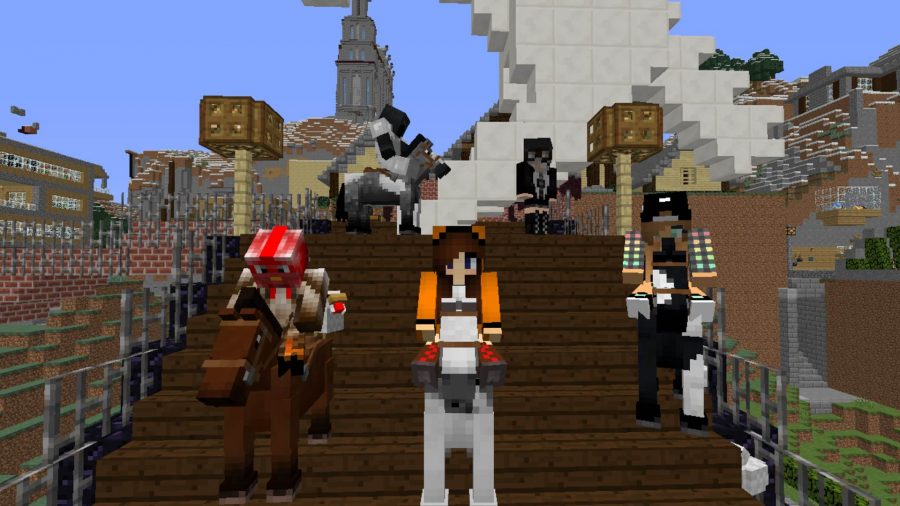 Line dancing, horse taming, and farming: Ranch n Craft is one of the best Minecraft servers if you want to drop the shootouts and saloon brawls of other Wild West-themed servers and stick to the simplicities of country life. With tons of equestrian-based features unique to the server, it is ideal for Minecrafters who feel most at home in the saddle.

Users can claim land and start their own ranches, breed horses, and farm crops to their heart’s content. What’s more, Ranch n Craft is one of the most peaceful servers out there with its mostly griefer-free community and army of helpful moderators. 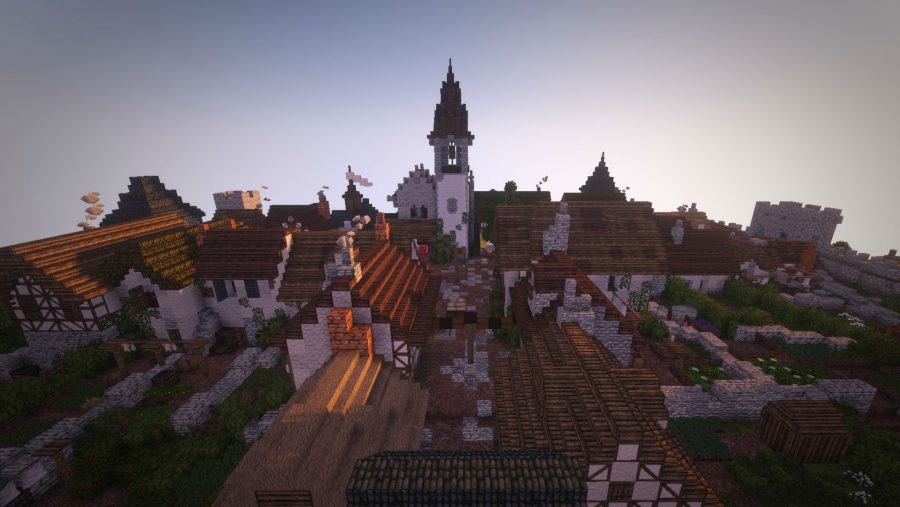 If Middle-earth is our classic fantasy Minecraft server then WesterosCraft is our modern great. From the Wall to The Red Keep at King’s Landing, WesterosCraft is a vast server with many of Game of Thrones’ landmarks recreated in astonishing detail. Most areas are built from the TV show designs, making much of this server like a trip inside HBO’s vision of the fantasy world. Kings Landing is especially awe-inspiring.

Like Minecraft Middle-earth, it is still a work-in-progress, with work currently being done to the Lannister bastion of Casterly Rock. Should you know your Winterfell from your Dreadfort, you can join in and help prop up the next house of death and tyranny. 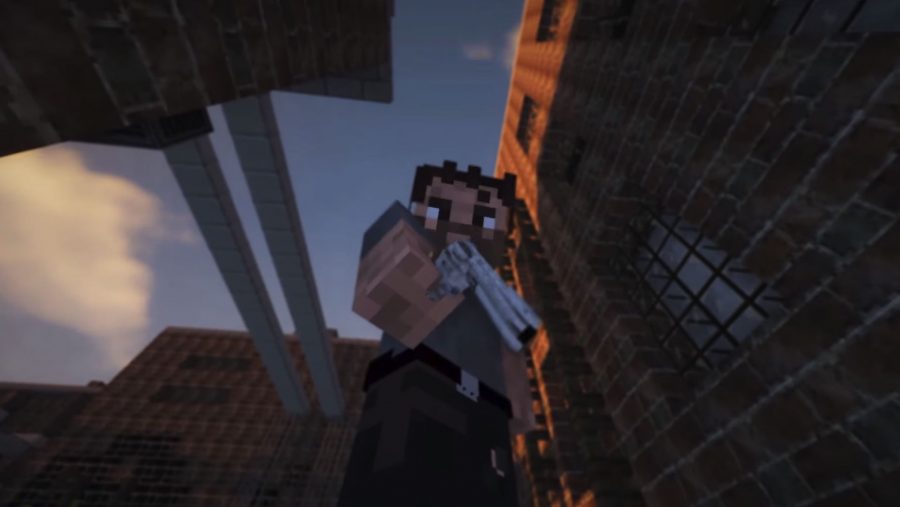 PvP and PvE combine in this server-wide recreation of AMC’s The Walking Dead. Fight, craft, and survive in the enormous map, fighting off walkers and other players alike. Much of the action plays out like a Minecraft version of DayZ, with players doing whatever it takes to make it out alive – a Minecraft survival server on a whole new scale. The Mining Dead also features key locations from the TV series like The Prison, Woodbury, and Alexandria. 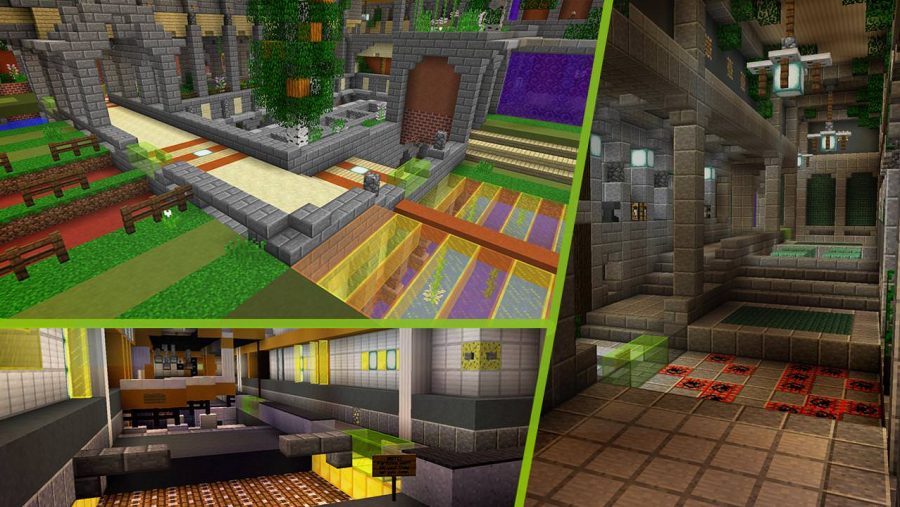 As one of the largest and best Minecraft servers around, there will always be something fun for you to do in HiveMC. From hide and seek to survival games, HiveMC covers all sorts of genres. What’s more, this highly engaged community are coming up with new minigames – and maps to house them – all the time. To stay up to date with all the latest updates, check out their website. 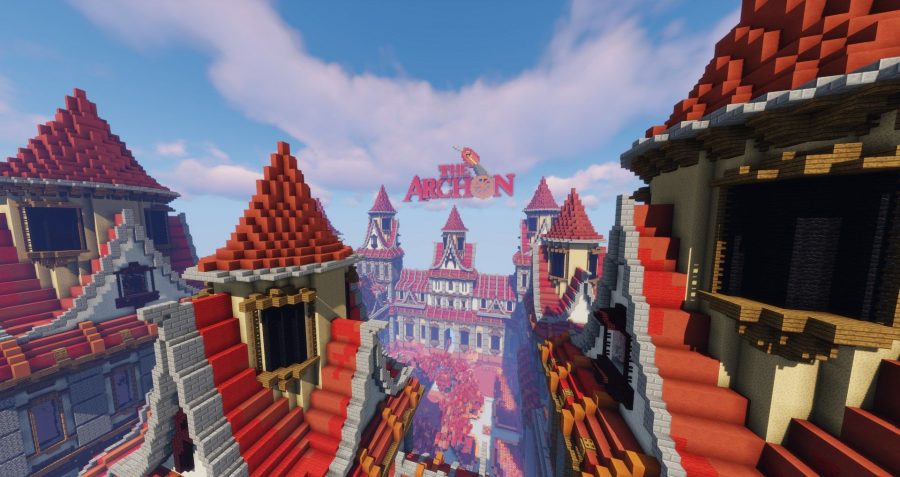 The Archon has a monumental population of players enjoying regularly updated Minecraft gamemodes – it’s one of the most popular Minecraft factions servers and Minecraft skyblock servers, and also offers robbery, prison, and outlands game modes. 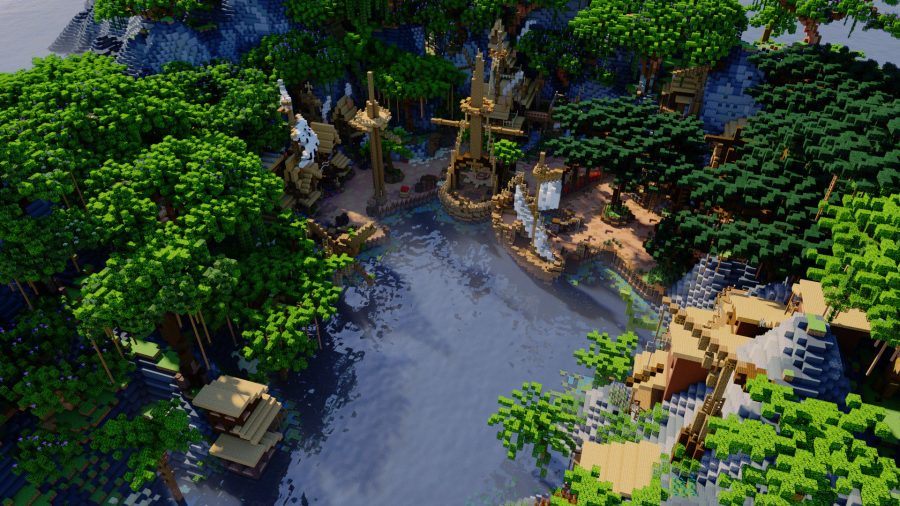 Manacube is one of the only large Minecraft factions servers with minimal ‘pay to win’ elements, thanks to its recently balanced shop. It’s also got a huge Minecraft skyblock server, plus survival, parkour, and creative servers.

If you’re looking for something a little different, its Islands gamemode tasks you with surviving on a mostly-submerged island – while staying away from the poisonous water. Or there’s Olympus, a prison-based server where you’re assigned your own personal plots of land, ranking up as you make money, gaining access to new, more profitable areas.