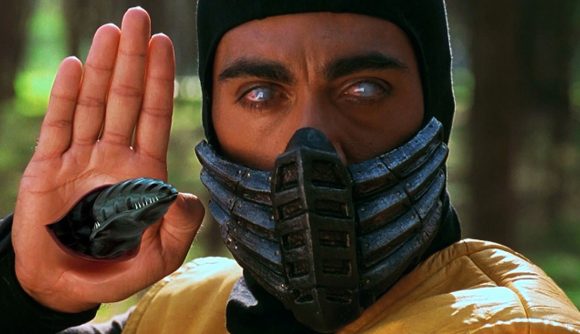 You may be still patiently waiting for the next Mortal Kombat 11 DLC fighter packs but there’s plenty more coming from the world of Mortal Kombat – including yet another attempt at a movie. It’s coming out in March 2021, if all goes well, and it’s due to start production soon.

However, there’s one key area that previous Mortal Kombat movies have failed at, and that’s the violence. The games aren’t just popular because they’re good beat-em-ups, it’s also because they feature ridiculously over-the-top violence – with the series’ Fatalities being as much a part of Mortal Kombat as Sub-Zero, Scorpion, or convoluted timelines.

According to the movie reboot’s writer Greg Russo, we should finally get to see Johnny Cage beat someone to death with his Oscar on the big screen. It had been talked about elsewhere, but Russo confirms that not only will the Mortal Kombat movie be R-rated, it will also show those lovely Fatalities for the first time in an MK movie.

While characters could get killed in other Mortal Kombat movies – the original 1995 film had Sonya Blade snapping Kano’s neck, for example – it was never in the gruesome style that the games have shown off since 1992. Russo took to Twitter to confirm that would no longer be the case, and proper Fatalities straight from the games will be coming – although he doesn’t reveal which ones.

Since it's already been stated by other members of the team, I'm gonna put this one to bed. MK WILL be R-Rated and for the first time EVER, FATALITIES will FINALLY be on the big screen (and no I'm not gonna say which ones) You'll just have to wait for the movie & see!!! 😉 pic.twitter.com/aVTewH4t28

The Mortal Kombat movie reboot is coming March 5, 2021, and is the directing debut of “commercial director” Simon McQuoid – although Aquaman and Furious 7 director James Wan will be serving as producer. Joe Taslim from The Raid was recently announced as being cast as Sub-Zero, but other than that not much else is known about the movie.

Related: Here’s how to pull off all the Mortal Kombat 11 Fatalities

As for writer Greg Russo, he’s at work making all manner of videogame movie adaptations. Aside from Mortal Kombat, he’s also the screenwriter on the Resident Evil movie reboot, a F.E.A.R. movie, and a Saints Row adaptation too. He’s not involved with the upcoming Monster Hunter movie though – as that’s being made by the director of the original Mortal Kombat and Resident Evil movies, Paul WS Anderson. We’re sure that’s not a mark of the movie’s quality, however.