Want to know how to level up in New World? It’s not every day that we get a brand new, big-budget MMO game, and this one has been on our radar for months. Its pirate theme is very different from your usual fantasy setting. With more focus on PVP, you may feel there’s a need to level up quickly to match your competition.

There are three different leveling systems in New World: one to increase your base character stats, one for your weapon skills, and one for trade skills. Each one has optimal methods for ranking them up quickly, but knowing how to do this without help can be tricky.

Once you’ve managed to find a relatively stable New World server, we’re here to help. This guide will go through all ways you can get XP to level up your character, trade skills, and weapon skills. Doing so will enable you to explore the first of the MMO’s raids (known in-game as ‘expeditions’) sooner. If you want to level up quickly so you can take on the New World Amrine Excavation, then read on.

Whenever you level up, you can put a point into one of five attributes. This means there are a total of 71 points you can spend via level up. Equippable items also give points while you’re wearing or wielding them. In addition, there are item socket slots where you can place jewels to further increase your attribute stats.

Make sure that you put points into attributes that directly benefit your method of attack. For example, melee weapons increase their attacking power if you buff the strength attribute, magic by focus, and ranged weapons by dexterity.

Here are all of the New World attributes and what they increase: 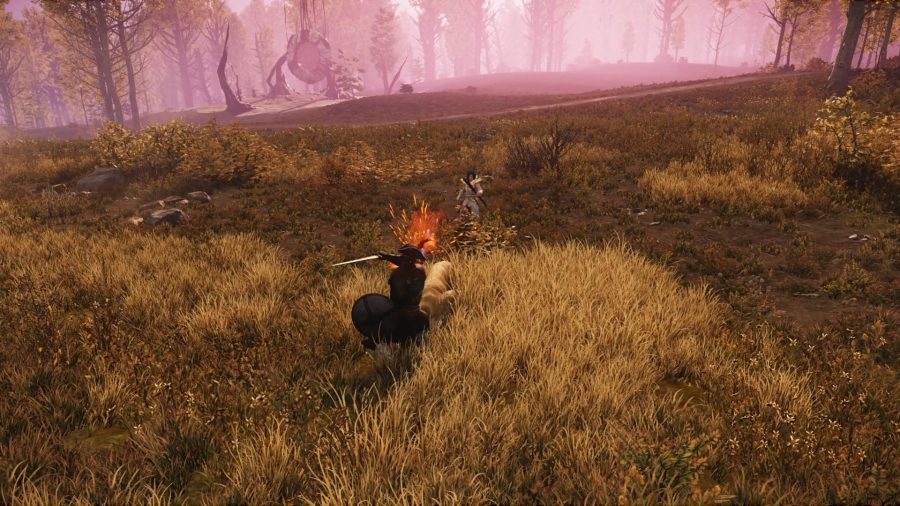 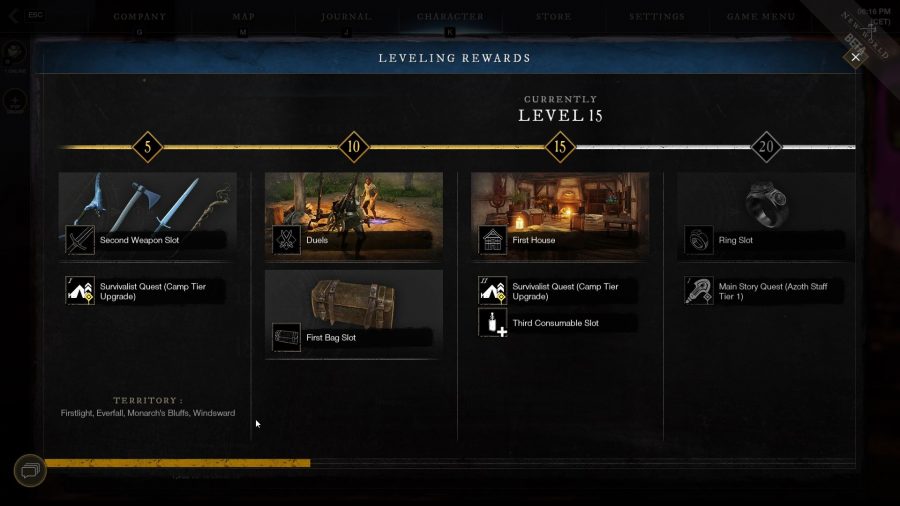 You also unlock new modes, quests, and even item slots whenever you reach a particular level. Here are all of the New World leveling rewards:

You can also get an indication of which areas you can safely travel to by looking at the leveling rewards screen: 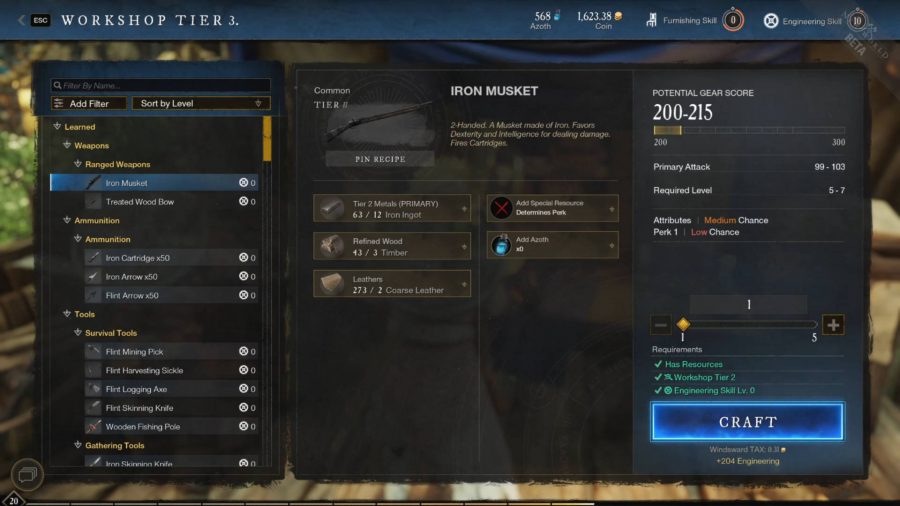 How to level up trade skills

For every single trade skill, you need to perform a specific action to increase its XP level. For example, crafting skills require you to make items using a relevant facility in town. Likewise, refining skills need you to turn raw materials into valuable crafting items.

Making new weapons and armour is resource-heavy. If you want some of the materials you used back, immediately salvage any equipment you craft.

While you only need the basic flint/wood tier-one tool to gather resources, higher tier tools that you can craft with iron or treated wood will make the tasks go a bit faster. It’s also worth noting that the size of the resource you gather reflects how much XP you get towards that gathering skill. For example, a thick tree gives you more XP when chopped down than chopping down one with a thinner trunk. You can also use lures with fishing poles to increase the rate at which fish bite. You can consult our in-depth guide to New World fishing as it can be one of the most profitable ways to make money at New World trading posts.

Here is how you can level up every New World gathering trade skill:

Those are all of the trade skill levels unlocks and how to level up trade skills in New World. We have a guide for how to play with friends in New World and the New World servers list to help you get started.